Amazing Afternoon Tea at The Deck 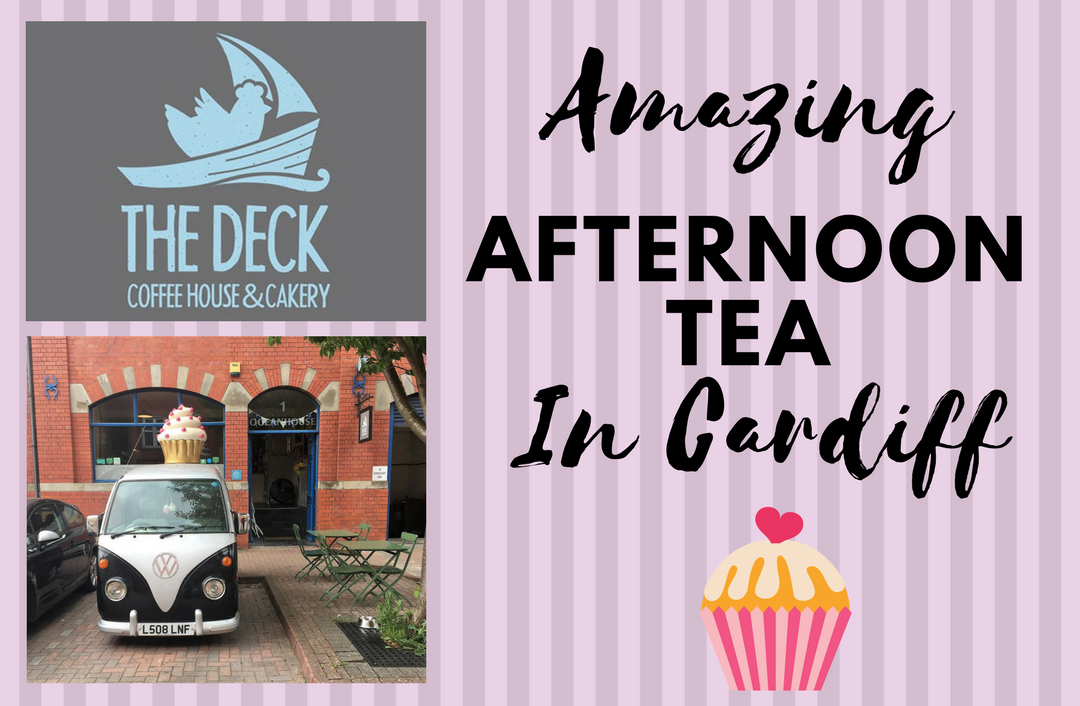 We visited “The Deck – Coffee House and Cakery”, located in Cardiff Bay in June as a family get together and a celebration of William’s birth. It was the first time his grandparents were visiting (they live in the USA and we’re in Wales so logistically quite difficult!) and he was 10 weeks old. I don’t know if you’ve tried eating out with a newborn, but it certainly adds a few new challenges and limitations so we were really pleased to be told bringing a baby to The Deck wouldn’t be a problem.

We chose The Deck because we wanted something in the afternoon and in a fairly informal location (to allow for the fact that evening meals are quite awkward with a newborn who has a bedtime of 7pm) and we also thought a traditional British “Afternoon Tea” would be something new and interesting for our American relatives. Plus I love scones and cream sooooo much. When I saw that The Deck was the #1 rated restaurant in the entire of Cardiff (that’s out of over 1000 eateries!) it was a bit of a no-brainer.

I booked for the Afternoon Tea at The Deck via Facebook message which was responded to extremely quickly. It is a very very small coffee shop – so make sure you book in advance if you have a large party. Walk ins are available and folks were coming and going for their lunch whilst we were there.

The Deck serves tea and coffee, hot breakfasts and breakfast sandwiches, cold sandwiches, salads and baguettes. In addition it serves the most amazing cupcakes I’ve ever seen as well as a selection of other cakes and sweet bites. Prices are a little bit cheaper on some things for eating out than eating in, and I can see this being a popular place to grab a lunch for those in the area.

For bookings only, you can get Afternoon Tea, which costs £18 per person. 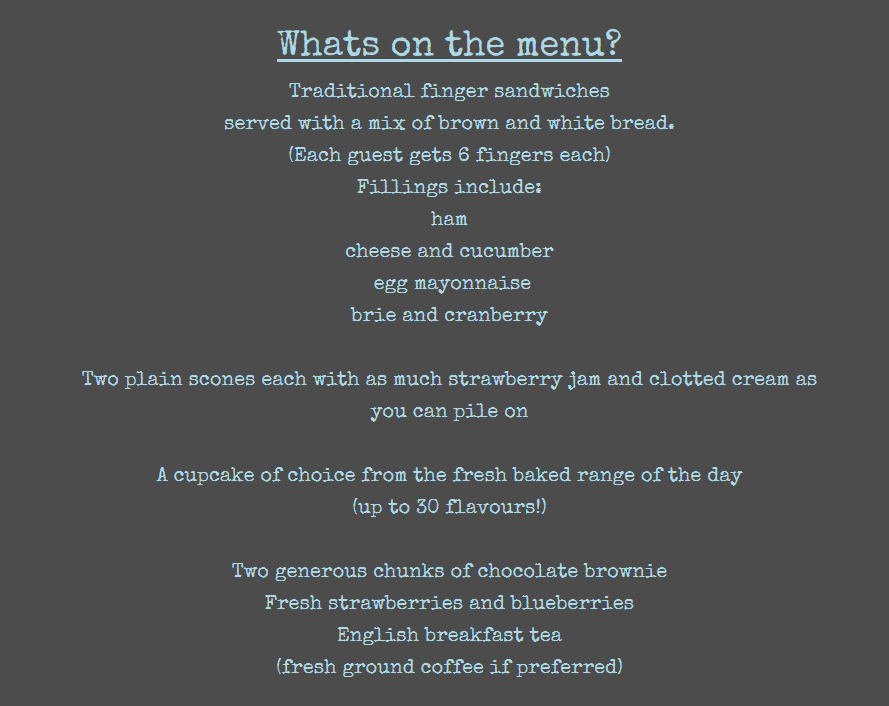 We parked in the main Cardiff Bay Car Park which is opposite Techniquest. From there it is about a 5 minute walk, but look it up on google maps before you head down there because it is set away from the main area of Cardiff Bay and in a small residential street. Not something you would be likely to stumble upon by accident. Outside was a super cute cupcake van! 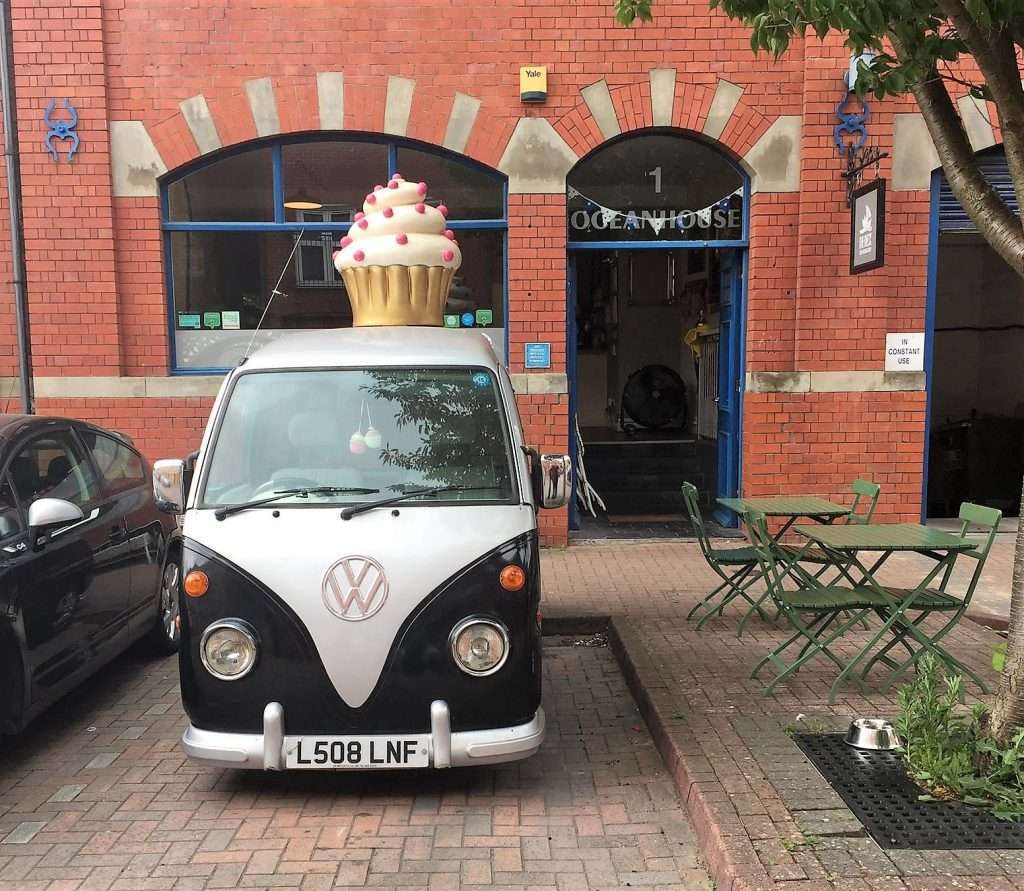 When we arrived a helpful staff member immediately offered to help carry the stroller. There are several steps up to the entrance of the coffee house. Once inside, there are a few comfortable sofas and tables, the counter and cupcake case. My immediate thought was “God, this place is tiny!” but also that the staff were all smiles and extremely welcoming. We were led down a fairly steep staircase (we carried the stroller) into the basement room which houses more comfortable places to seat, and larger tables for things like Afternoon Tea. So don’t be fooled if you walk in the door and see just a couple of tables – downstairs really opens the place up. It is decorated in a very chintzy 1950s style which is quite popular these days – homely and bright.

Afternoon Tea at The Deck comes with four different sandwiches of which the Brie and Cranberry were a firm favourite, two large fresh baked scones each with unlimited clotted cream and jam, the cupcakes which we chose before we went down from the cupcake display and then a big plate of some of the best chocolate brownies I’ve tasted. Unlimited tea and coffee was available in pots on the table, and they kept us well topped up throughout the meal. It was a BIG meal for the afternoon and none of us managed to eat our cupcakes. We ended up taking home all of the cupcakes, as well as some of the brownies and scones! Large cupcake boxes were provided for leftovers so I’m pretty sure this is a common occurrence. 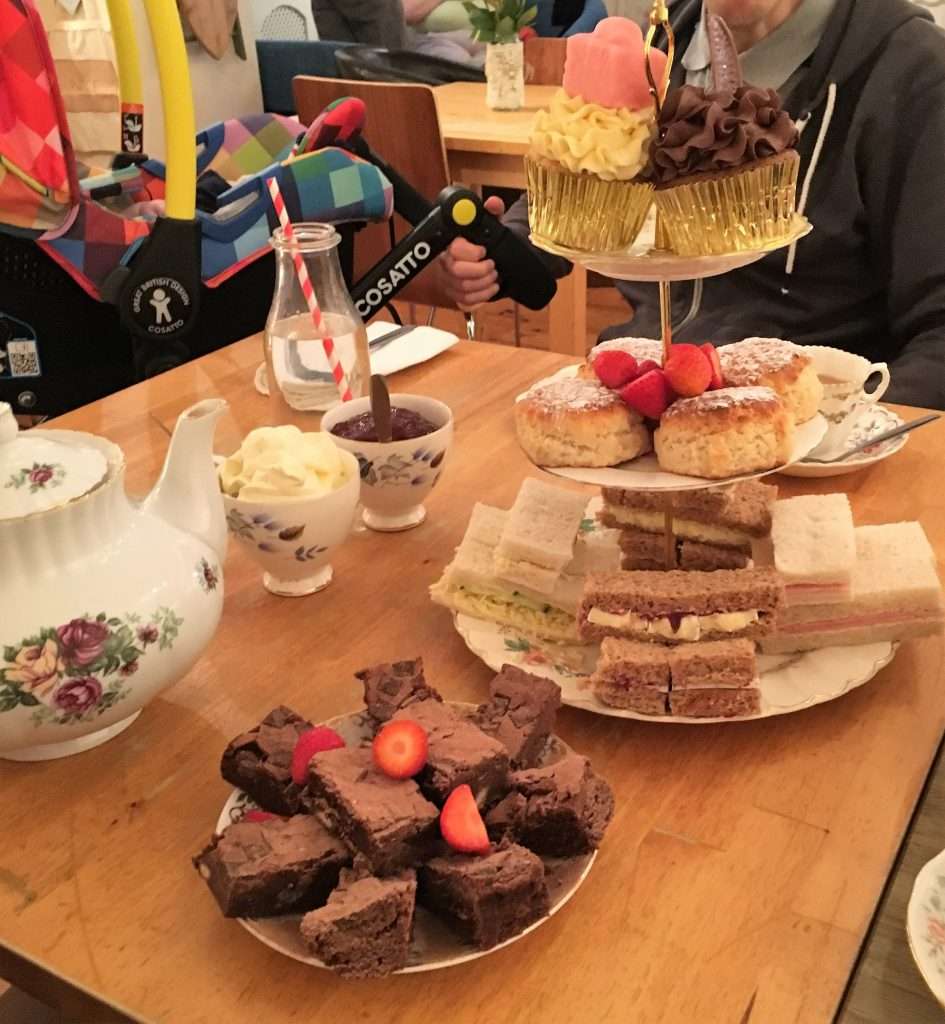 Everything was traditional, fresh and simple but incredibly tasty. I have had quite a few Afternoon Teas in my time and this was definitely the best for quality and quantity.

There is a large toilet upstairs which has baby changing facilities in it as well and also a tape playing teaching you Welsh words whilst you sit on the loo! That’s certainly an interesting way to learn to speak a bit of Cymraeg.

This place is a must visit for any event or just a bit of afternoon decadence. I’m so glad we decided to visit – and the entire family loved it, including the baby who slept the entire time, phew! 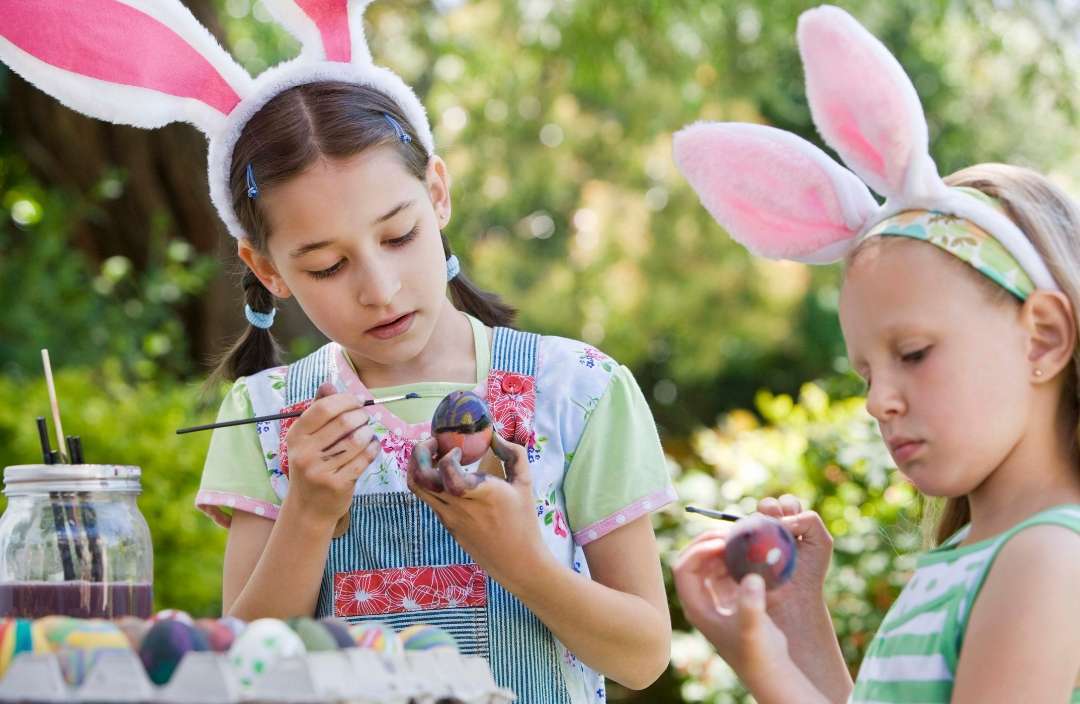 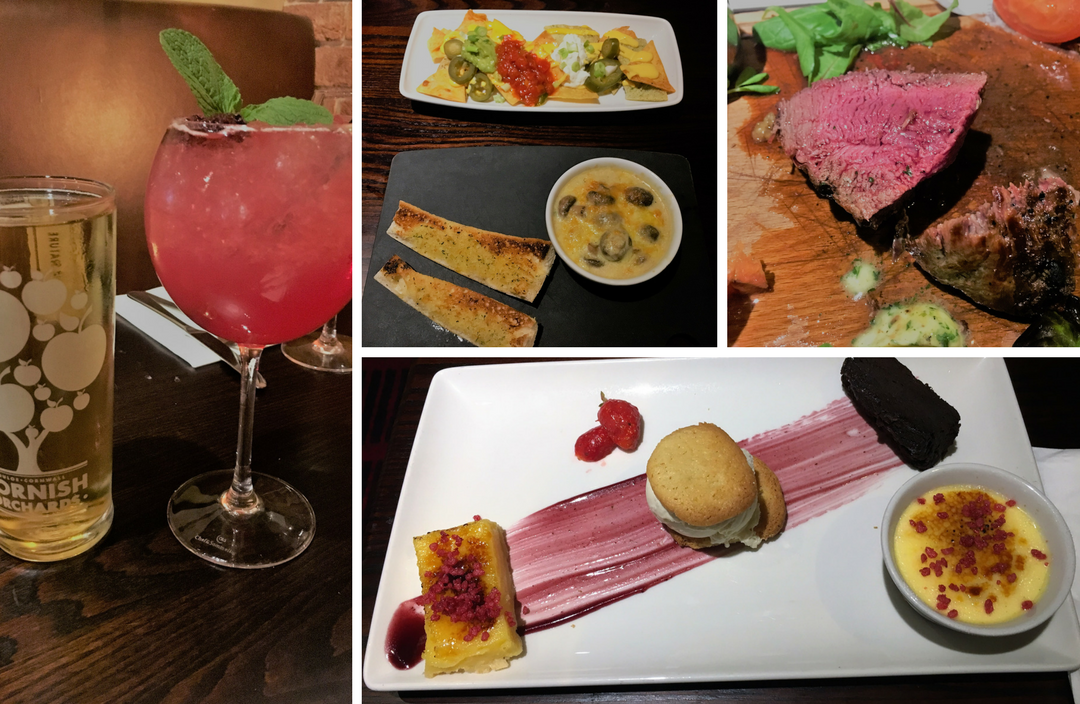 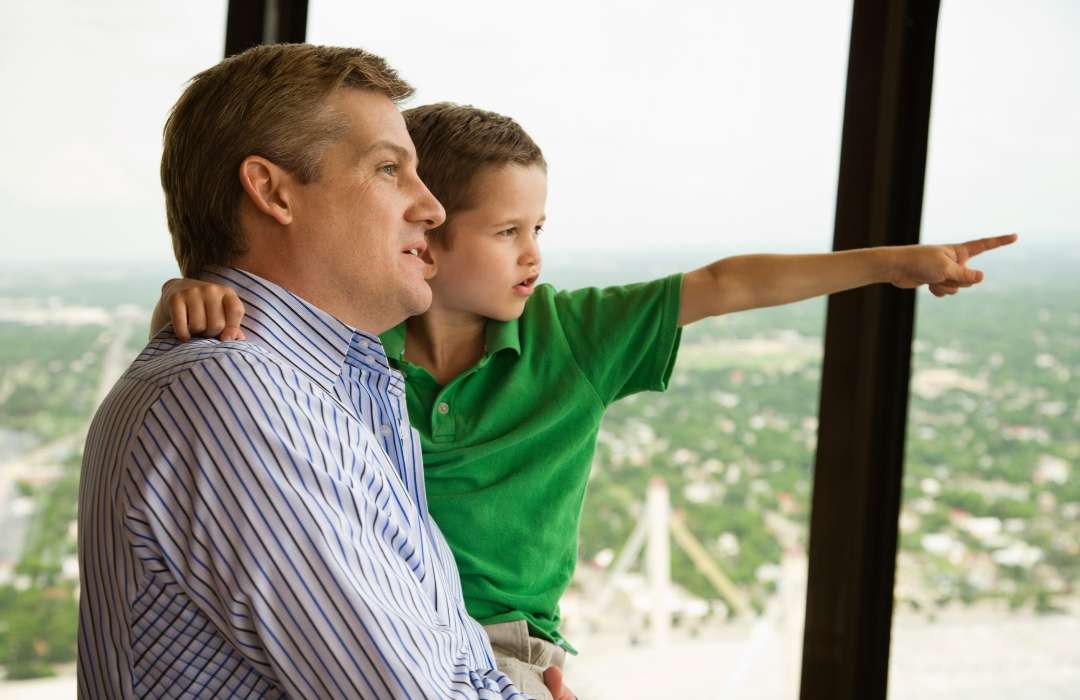