The Books I read in March 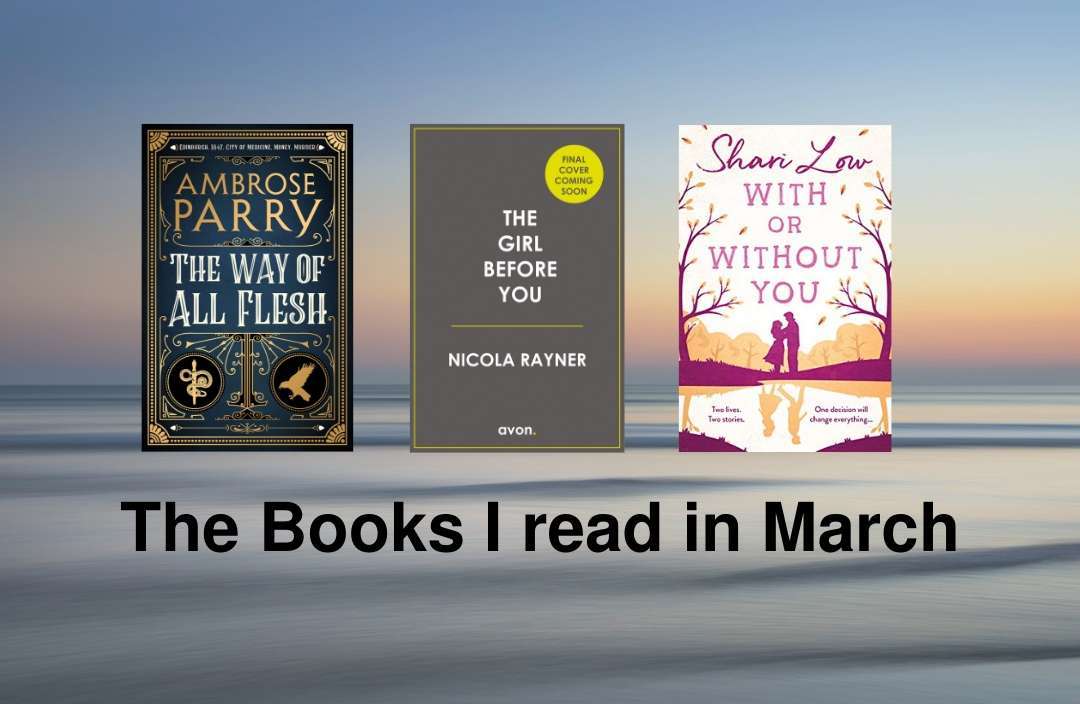 Last month I read 5 books that included two family drama, two sci-fi / fantasy and a romance. This month I went for some historical fiction, a romantic drama and a psychological thriller. An interesting mix!

It was a busy month and I only read three fiction books as I was struggling a bit with a non fiction self-help book which I spent weeks plowing through before ultimately abandoning as not helpful. It happens!

The Way of All Flesh by Ambrose Parry

Trigger Warning: This book deals with 19th century doctors who specialise in childbirth and crimes revolving around abortion and stillbirth. These issues are integral to the books storyline, and in places quite graphic. I know that some of my readers have experienced loss and / or birth trauma, if this theme is upsetting to you, then I’d strongly recommend you skip it.

It’s 1847 and in Edinburgh, women are dying in gruesome ways. One of these women is prostitute Evie, friend of Will Raven, a doctor’s apprentice looking to claw his way to respectability through medicine. Initially assuming she died of drinking, her death starts to haunt him as he comes into contact with more women whose demise bear remarkable similarities. He has started working for the esteemed Dr Simpson, who specialises in childbirth and anaesthesia and we follow his progress as a medical man.

Slowly he connects the dots between the murders and has to enlist the help of Dr. Simpson’s housemaid-cum-assistant, the lively, outspoken and intelligent Sarah. Book-devouring Sarah is unhappy with her state of affairs, where as a woman she cannot even apply for a job in medicine, or anywhere a man would take her seriously. Drawn in to the challenge, she and Will work together despite the fact that they initially don’t get on.

There’s a bit of politics, intrigue, romance, drama and murder. Edinburgh is portrayed with character, well researched and accurate, full of interesting medical details. The characters are expertly written and the storyline gripping. I couldn’t put it down and finished it in two days – staying up way later than usual thinking one more chapter. I’m going to devour anything else written by Ambrose Parry, but I really hope we see more of Will Raven with a character led series – he has a lot more life to lead and I’d love to be there for it.

The Way of All Flesh is superb – gripping, atmospheric and satisfying. Five stars. Check it out on Amazon.

Note I received a digital review copy of this book from the publisher via NetGalley.

The Girl Before You by Nicola Rayner

The Girl Before You by Nicola Rayner is a psychological thriller revolving around the disappearance of university student Ruth, an outgoing redhead who was reported to be seen swimming on the night of her death. Her shoes, left at the edge of the water and a tattered dress, fished out days later, are all that is ever found. Decades later, her disappearance still haunts those who knew her. The story revolves around Alice who is married to MP and TV personality George Bell. She sees a girl the spitting image of Ruth on the train and starts noticing a series of weird happenings that make her suspicious about her husband George, MP, whose involvement with Ruth slowly unravels. We also follow the story of Ruth’s sister, Naomi and Ruth’s best friend at university, Kat. Past and present mingle as we see the world from multiple points of view and these three women’s stories weave together to give us a bigger picture of the mystery.

I loved the characters in this book – strong women with interesting stories to tell, flawed but believable. The story was compelling – I wanted to know not only what happened to Ruth, but what happened at each step along the way to all the women in the story, to delve into how they got to where they are today, and to wonder at what they will discover in the future.

The suspense built as the characters began to overlap and I gained a deeper understanding of the threads that connected them, inciting me to turn the pages looking for an answer. But there is a lot of backstory in this book and much of it seemed superfluous whilst reading. Around the middle of the book I did find my attention waning, as it seemed a lot of the content was becoming irrelevant and verging on a wee bit boring, so I feel it could have been more concise to keep the reader on the edge of their seat instead of letting us relax into the mundane before reeling us back in.

When the end came, I was definitely surprised – and suddenly a lot of little details made more sense, which shows how subtly the story was weaved. I had a few practical questions left over that sadly, will never be answered and a couple of things didn’t seem to make sense to me, but I’ve overlooked those for how well the characters were written.

The Girl Before You is a unique and intriguing thriller that I’d highly recommend. Four stars. Check it out on Amazon (releases 22nd August 2019).

Note I received a digital review copy of this book from the publisher via NetGalley.﻿

With or Without You by Shari Low (Romantic Drama)

With or Without You uses an interesting design of telling the same story twice. At New Year, 1999, Liv has to decide whether her marriage to best friend Nate is still worth trying to salvage. Drifting away, she feels like they’re more friends than lovers, but has to decide between continuing the marriage or seeing what life is like without him. The story gives updates for twenty years after this decision and we get to know a whole host of lively characters that make up Liv and Nate’s friends and family.

But the twist? After the story concludes telling us what happens when Liv leaves Nate and goes it solo, we go back in time and start again. This time she decides to stick with him. How will their stories change and how will it affect the lives of everyone around them? What other decisions will they make which set in motion a new series of events? And which ending is better?

This is a story about relationships – family, friends and lovers. Warm hearted, thoroughly entertaining, I was kept turning the pages to find out what happens to these people that I’d come to feel I knew.

With or Without You had me laughing and crying in equal measure and I simply couldn’t put it down. Five stars. Check it out on Amazon. 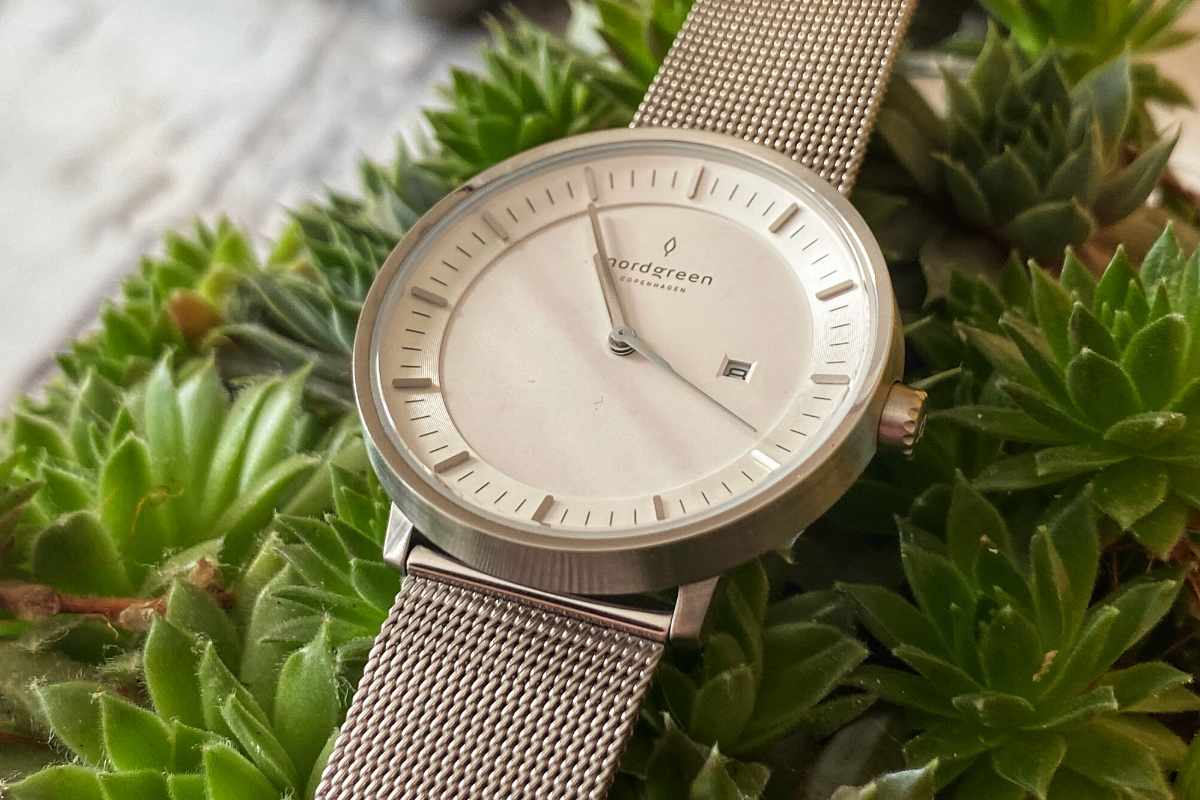 The Philosopher Watch from Nordgreen 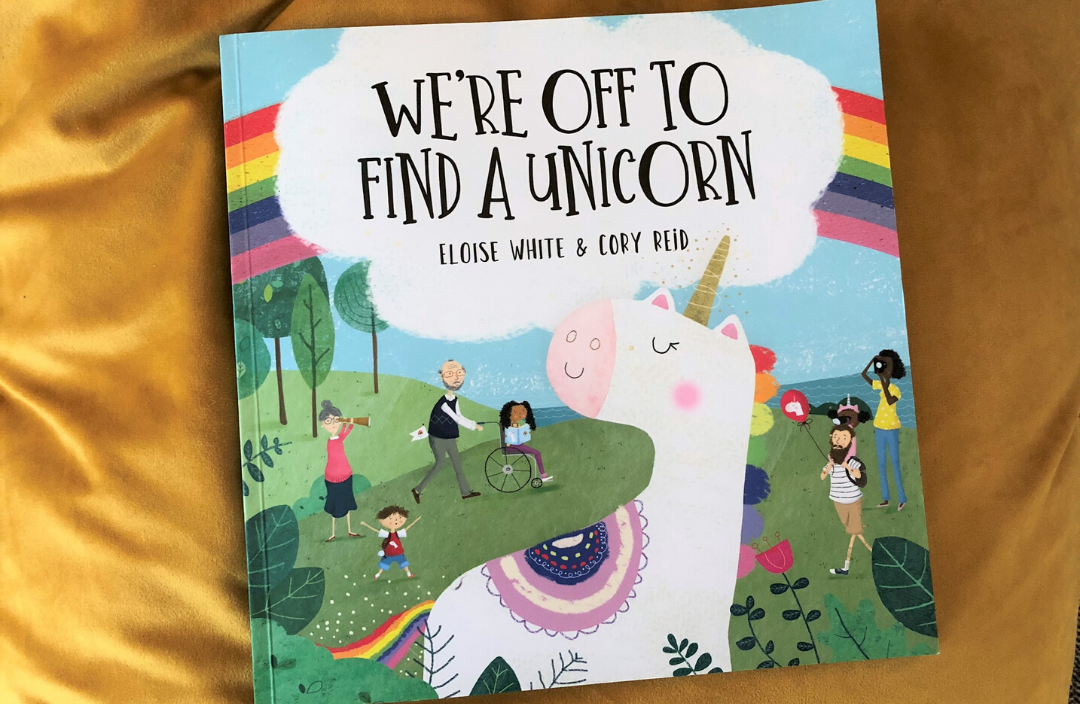 Children’s Book Review – We’re off to find a unicorn 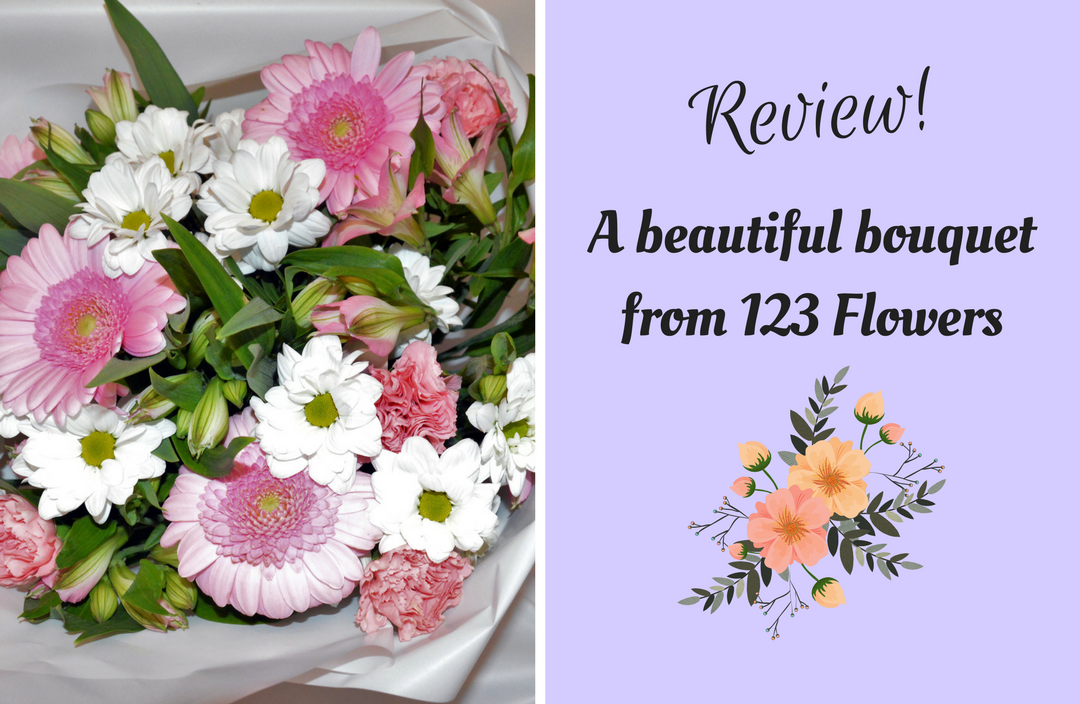 Review – A bouquet from 123 Flowers