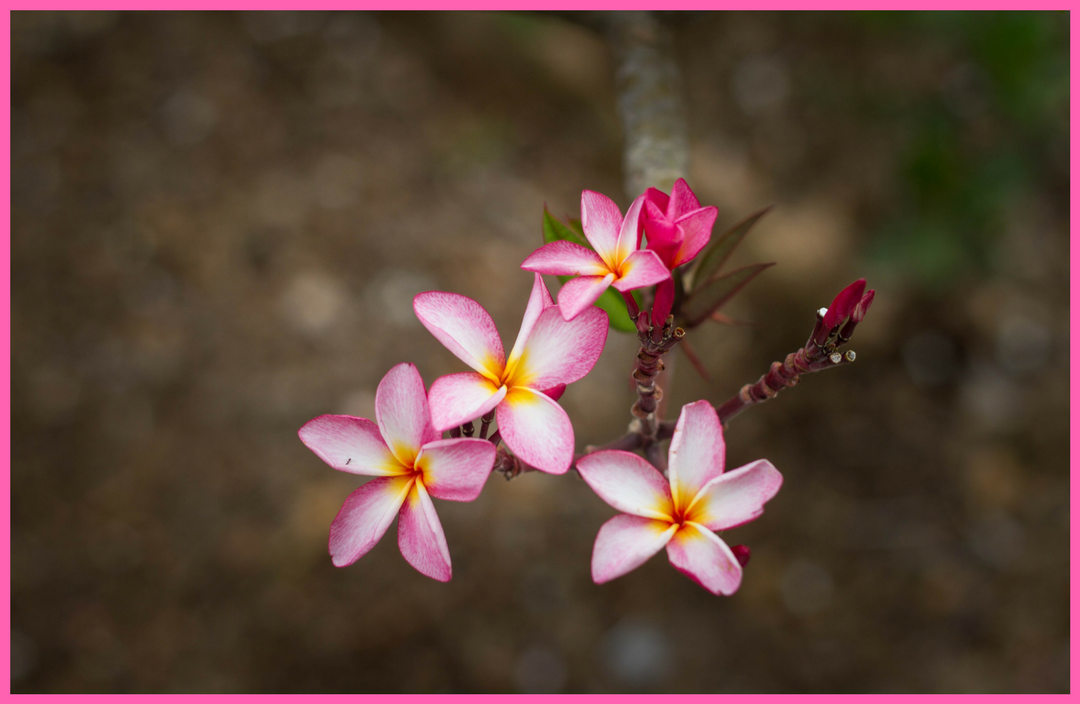 Vaginas aren’t my usual subject but I know that most of my blog readers are ladies, so I figured this was something we could all talk about without it being totally weird.  Rather more people than usual have met mine in the last year, due to the fact that I gave birth in 2017. I was induced, which apparently meant every midwife that wandered by needed to have a feel about and shove something in there. Due to needing multiple pessary’s to get things going, I heard the words “We’re just tucking this up behind your cervix, dear” one too many times. Actually, three too many times! Not to mention the sweeps and the checks.

It’s really important in general to know what’s up with your own vagina, and feel confident and able to talk about it.

The reason I’ve personally always found smears difficult is not even the embarrassment. It is embarrassing and awkward, especially since I’m plus sized and very body conscious, but at the end of the day I do firmly believe that no nurse or doctor gives two hoots about that, and the second you’re out of the door they’ve moved on to the next patient. I have PCOS and Endometriosis and a bleeding disorder (autoimmune) called ITP. I have very irregular, heavy periods and can bleed out when anyone even looks at me funny. No one wants their smear to end up being a blood bath so it’s even more awkward and embarrassing. 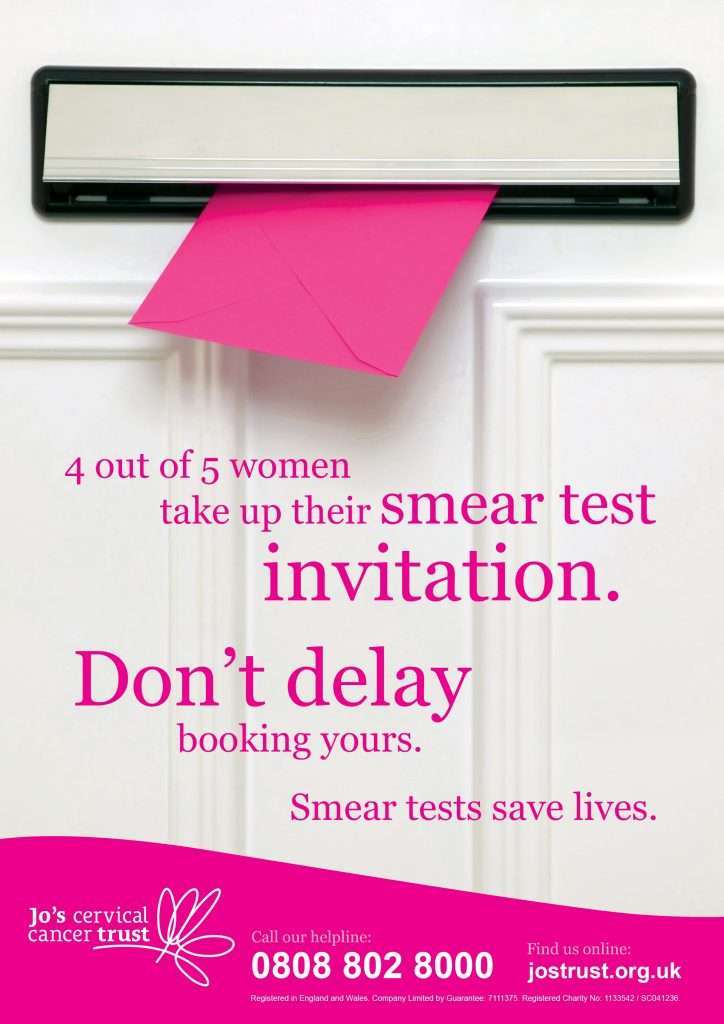 I also get severe cramps and pain for quite a few days afterwards. So I’ve been putting it off and making excuses to myself, but my doctor is actually worried because I do display some abnormal symptoms (which could be due to my other problems), so at a recent checkup I had a stern telling off and an instruction to book myself in immediately.

And I thought how ridiculous I was being, putting my life on the line because of embarrassment and discomfort, and I booked it in! They gave me the date of 14th February – Valentine’s Day, I immediately chickened out. “Oh I can’t, that’s Valentine’s, I have plans…” I actually didn’t have plans at the time, but it just felt wrong to start off the day of romance with a bit of vaginal invasion. Or is that actually appropriate? Hmm…

The receptionist nodded and said “I know, we all hate it don’t we.” And then kindly squeezed me in for the 13th so I’d have a day to recover. Fab. Thanks. I’m overjoyed. Looking forward to it so much. But she made an effort so it was time for me to put my big girl pants on. Or at least a respectably modest pair of pants that wouldn’t shock the nurse.

You don’t need a blow by blow of the actual proceeding. It was 5 minutes out of my day. It was a bit messy. The nurse did comment on the amount of bleeding immediately after but I was expecting that. She was friendly, competent and gentle and it still hurt like hell but I channeled my inner girl-power and then it was over. Now I’m sitting here with bad period-pain cramps eating possibly the best chocolate brownie available in Cardiff (shout out to Pettigrew Bakeries!)

Smears are at a 20 year low. The Jade Goody effect has passed and women are avoiding this simple procedure because they’re embarrassed of their own bodies. We’re all human. We all have genitals. Most of them don’t look like porn stars and even if they did the nurse isn’t sitting there going “Ooh, what a pretty vagina. I’ll rate you 9.5/10!”. If you’re overdue right now, just do it. Just call your doctors and make an appointment with the nurse. She won’t care how well trimmed your pubes are or whether your nether region flaps like the sails on a ship at sea. I don’t even look at mine anymore but I assume all bits are present and correct. The husband hasn’t been complaining anyway. All the nurse is thinking about is helping you avoid cancer. I think we’d all tell our friends or our sister or our daughters not to put it off and we need to make sure we take our own advice.

There was an amusing moment when the nurse told me to pop my bottoms off, which I duly did and then commented “Ooh, I like those socks.” Black trousers, pink and silver striped socks that my mum bought me for Christmas. Nailed it.

Every single day in the UK 8 women are diagnosed with cervical cancer and three women die. Every single day. That’s terrifying. Far more terrifying than 5 minutes of embarrassment and awkwardness. 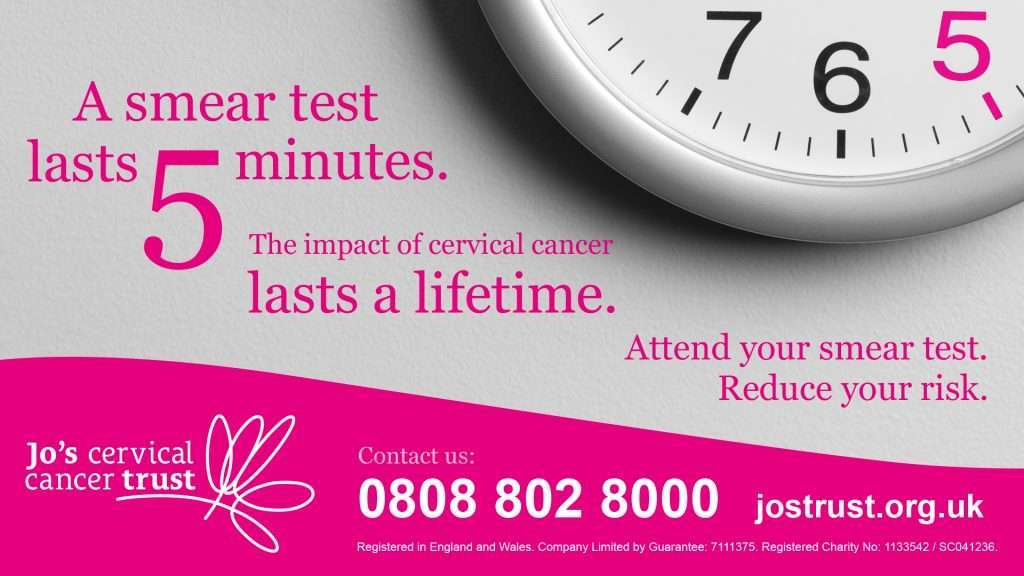 I have no idea if my results are going to be normal. I really hope so. I’m very nervous (and honestly a little scared) about it as I was quite overdue, but I should have an idea in the next 2-4 weeks.

Jo’s Cervical Cancer Trust spread information and offer support so are well worth checking out if you’re worried. 22% of women do not attend their smear tests. I was one of those women and now I’m not so I’m sharing this in the hopes I can do my bit and talk about something that people are embarrassed about to normalize it and let you know if you’re scared, anxious and putting it off, you’re not alone. That’s normal, but it’s worth pushing through, gritting your teeth and getting it over and done with.

If you’re nervous, book one of the first appointments of the day. Mine was at 8:45am, before the majority of the appointments at my practice even start. This meant I wasn’t sitting about worrying all day. I got up, had a shower and was in there before they’d even managed to start running late. A miracle at my doctors surgery. Take paracetamol and ibuprofen beforehand if you can. I can’t take ibuprofen due to my autoimmune so my doctor actually recommended I take some codeine since I know the pain is an issue for me. Reward yourself with something yummy after.

Look, it wasn’t fun. Honestly? It was about 3 minutes of genuine discomfort.  Some of us get unlucky and it hurts and we get cramps and bleed – welcome to the sucky part of being a woman. But that’s still vastly preferable to cervical cancer. I look at my son and I know I need to be more responsible and keep on top of this moving forward. If not for me, then for the rest of my family who for some weird reason seem to quite like me so I’d best try to stick around.

If a nervous wreck like me can find the strength to go, so can you! Now to wait for the results, which is the hardest bit!

Edit: I just wanted to come back and update this. I’m in South Wales and the results took 5 and a half weeks to come back (which felt like a lifetime!) but were completely normal. This is something I will definitely keep on top of going forward! 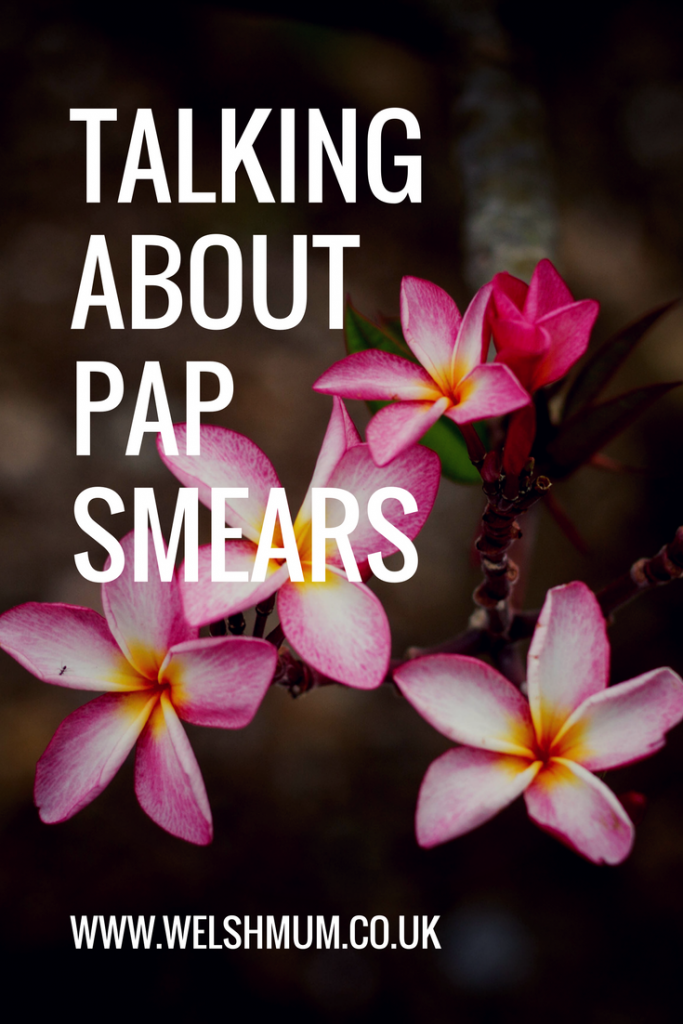 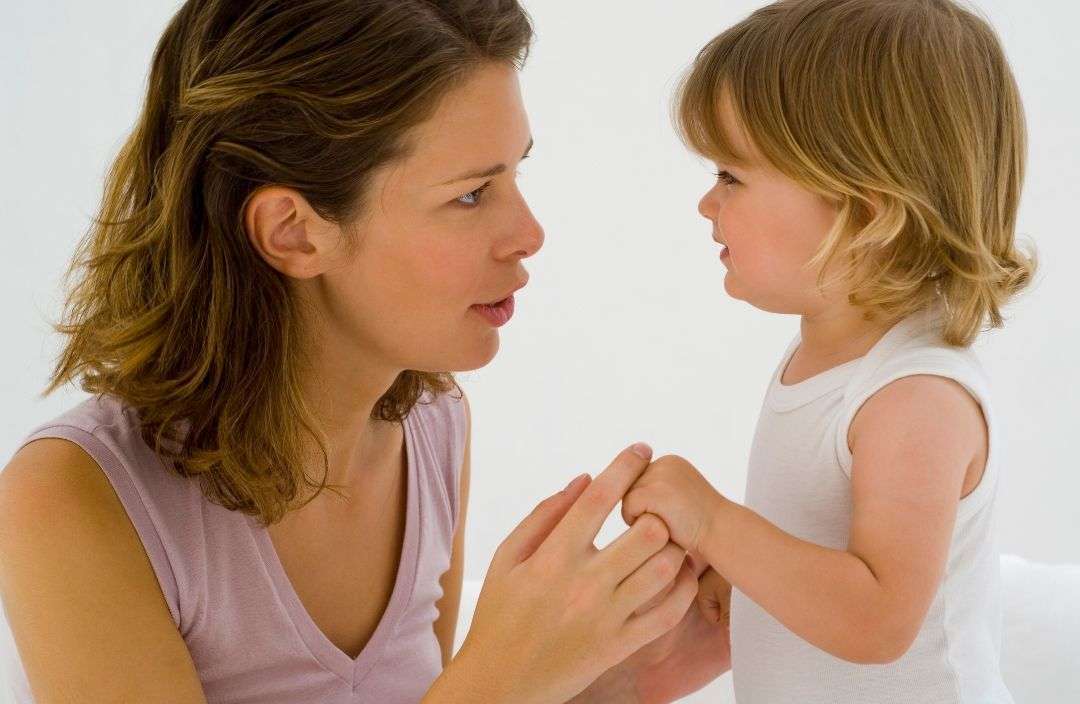 How to prepare a three year old for vaccinations

How to Get Private Healthcare in the UK 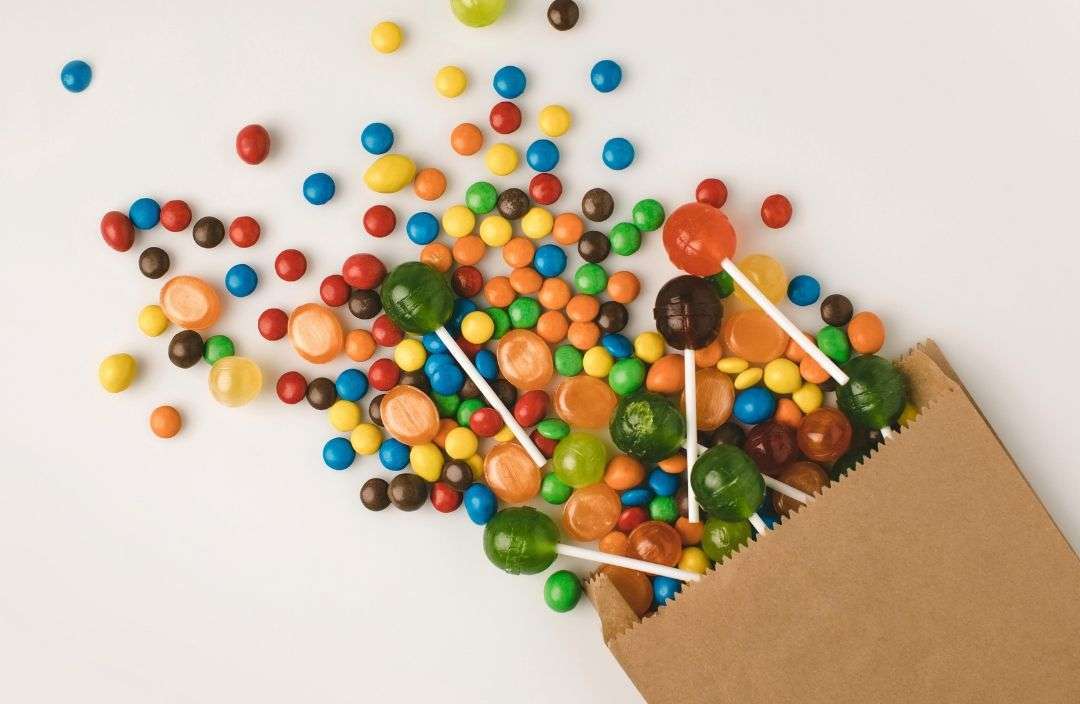