My Sepsis Story – The Silent Killer 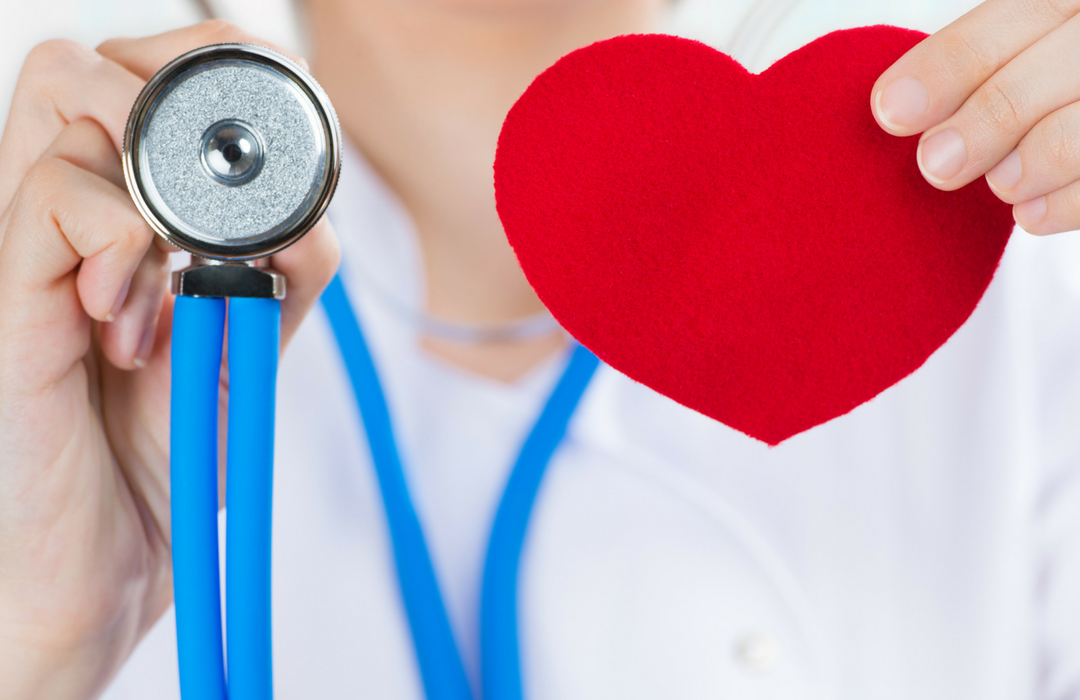 Disclaimer: I’m not a medical health professional and this blog post is giving my personal experience with Sepsis. Scroll down to the bottom for links to medical websites, and always talk to your G.P. or call the non emergency help line on 111 if you are at all concerned. In any emegency situation, call 999 immediately.

You’ll be forgiven for never having heard of Sepsis before. Before I went into labour with William, I hadn’t. The first time I heard of it was when I was in active labour having a chemical induction. I started hearing the words “Sepsis Pathway” being bandied about by my midwife and the doctors. I was already having a hard time taking everything in, with lots of new information being given to me. I was in terrible pain (the epidural failed!) and tired after a sleepless 3 day induction. Enough details there, you can always read about my traumatic birth story if you’re interested. 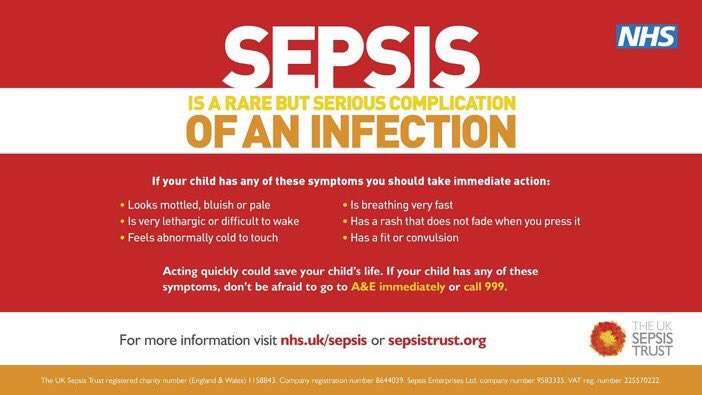 After the birth my condition deteriorated and it was confirmed that I had Sepsis – but because I was already on IV antibiotics, it wasn’t as serious as it could have been but it still affected me quite heavily.

According to recent statistics, Sepsis kills 44,000 people a year in the UK and costs the NHS £2.93 billion annually. 150,000 people a year are treated, and almost 1 in 3 dies. That is incredible and heart breaking – yet so many people have never heard of it, don’t know what to look for or what to do if the symptoms appear.

When I read up about Sepsis after I left the hospital I was so gobsmacked that I had survived something so serious without even fully realizing how lucky I had been.

Sepsis, aka “the silent killer” or “blood poisoning” is a rare reaction to an infection where the immune system becomes overactive and damages the body instead of healing it. It is not known exactly why this happens in some cases, but it can happen after any injury or minor infection. If untreated it can result in organs shutting down and death, but if treated quickly then a full recovery can be made. The high death rate is because it can be hard to spot and is often not noticed until things are very serious. This makes it even more important that everyone is aware exactly what to look out for and gets checked out if they see the symptoms.

There are higher risks for

Both you and your baby have risk factors after birth, but my midwife never told me to look out for Sepsis or gave me information whilst I was pregnant.

Signs to look out for

According to the NHS website the signs to look out for are:

The NHS website also offers information on severe sepsis and septic shock and you should take time to familiarize yourself with the list. 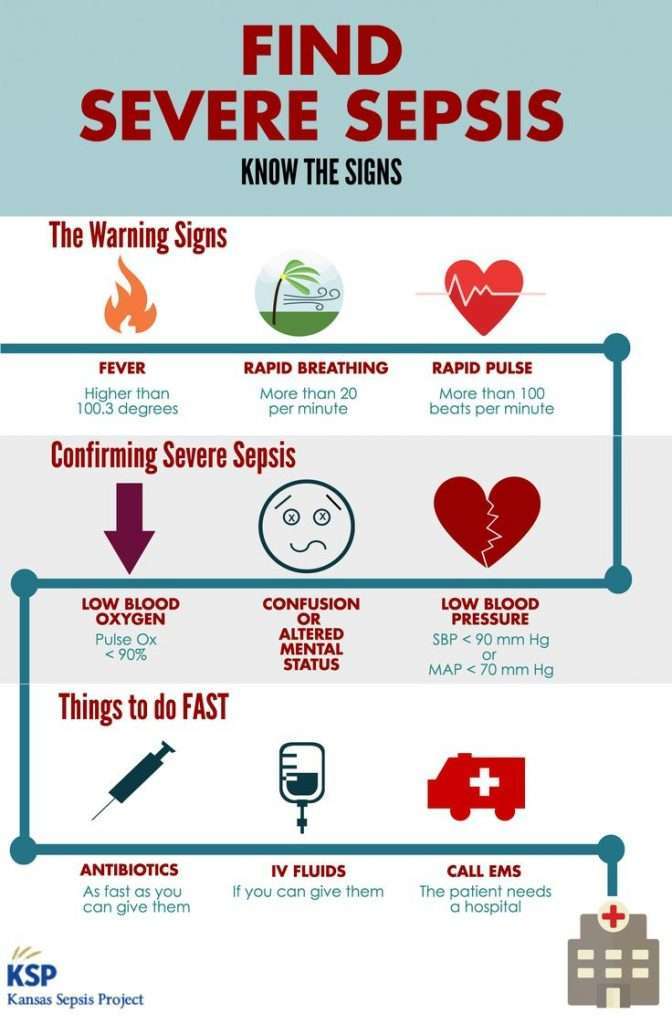 This is a hospital policy in the UK that uses a flow chart to estimate whether Sepsis is a risk or not. If the conclusion is there is a reasonable risk, then the person is started on antibiotics before Sepsis is diagnosed. As early treatment is the easiest way of combating Sepsis, this has the highest chance of success. The risk of unnecessary antibiotics is minimal compared to the risk of untreated Sepsis.

During my induction they found that my blood pressure was elevated, my temperature was extremely high, my breathing rate was increased and my heart rate (pulse) was steadily increasing. I was also high risk for a potential infection due to it being almost 24 hours since my waters had broken and I was about to have an emergency c-section. Their decision to put me on IV antibiotics early due to their training and policy for the Sepsis Pathway minimized my risks. In my case, I did have Sepsis and their early detection was spot on. If I hadn’t had it, I would still understand and much prefer to have antibiotics than take the risk.

Sepsis is an infection is treated with antibiotics. This can be tablets at home or require hospitalisation depending on the severity of the infection and how early it is picked up. Secondary treatment might be needed as well such as supportive fluids or painkillers.

In my case I was on IV antibiotics in hospital as my infection – despite being picked up very early – was severe. I had daily blood checks to look at how my body was responding to the infection via white blood cell counts. In addition to the IV antibiotics I needed IV fluids every day and IV paracetamol to control my spiking temperature. I required blood pressure and heart rate checks every 4 hours (even at night!) and there was even a discussion about a possible EKG (electrocardiogram for heart damage) because my pulse had been elevated for so long. At times when my temperature was spiking I needed to be wiped down with cold water, and my blankets taken away from me even though I was shivering and felt that I was freezing cold. Oxygen was available if needed by my bed, but luckily my breathing stabilized by itself. So I definitely needed to be in the hospital for my course of treatment!

How it affected me

Because I was so ill for the first week of my son’s birth I didn’t get to do a lot of things. I couldn’t breastfeed, I couldn’t even hold him due to the amount of IV’s (6 at one point!) in my arms. I was too weak to get out of bed unaided and I couldn’t even stand up to change his diaper. I didn’t feel an instant connection with him and I feel like I did miss out on some bonding in the early days. I have suffered from residual temperature fluctuation – random fever with no cause – since his birth (5 months ago at the time of this post), chronic pain and fatigue. I’m definitely feeling a little more foggy mentally, which could be related.

My amazing husband stayed in the hospital every night for a week, sleeping in an uncomfortable armchair to wake through the night and feed the baby because I was too ill. 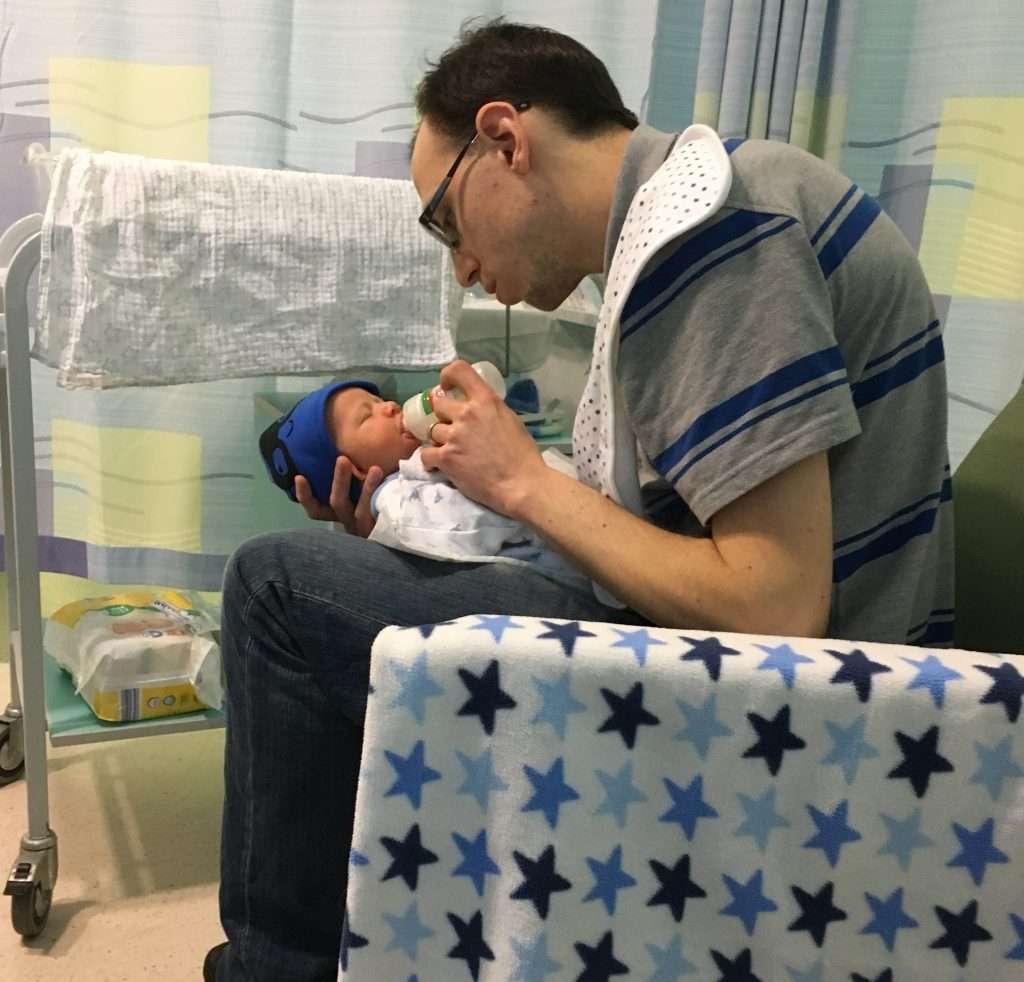 Because my Sepsis was birth related, it’s been hard to tell what is cognitive issues and fatigue from the birth and the sleep deprivation that all parents tend to face. William has not been an easy sleeper, suffering from colic for the first 3 months. I hope to get my energy levels back and start to feel like myself again once we’re sleeping through the night but Sepsis can have some life long repercussions.

In an emergency call 999. For any queries at all, call 111 for the NHS non-emergency helpline.

The NHS page on Sepsis.

The NICE public guidelines for Sepsis.

It is so important to be aware of the risks. Anyone of any age can contract Sepsis and it can be swift and deadly if not treated early. Our children are especially vulnerable, so familiarise yourself with the symptoms and what to do as much as possible.

Although I have struggled with the NHS in some regards – criticising them heavily for their mental health training – it was due to the high standards and training of my doctors and nurses that my sepsis was treated early and I’m still here today, and my entire family thanks them for that. 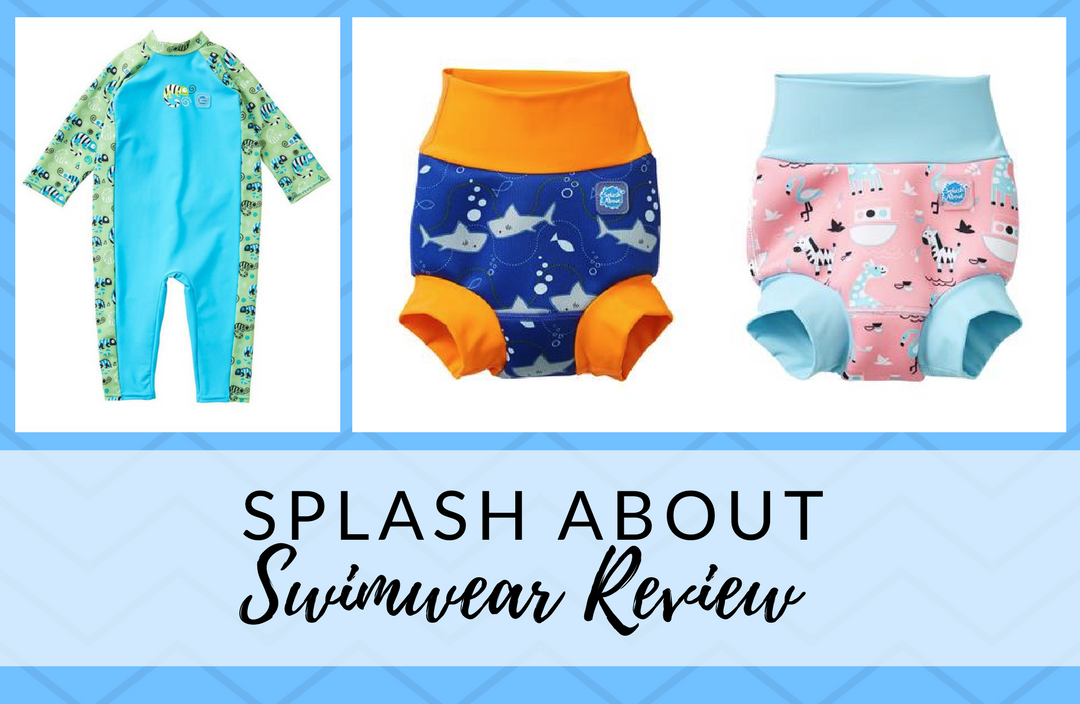 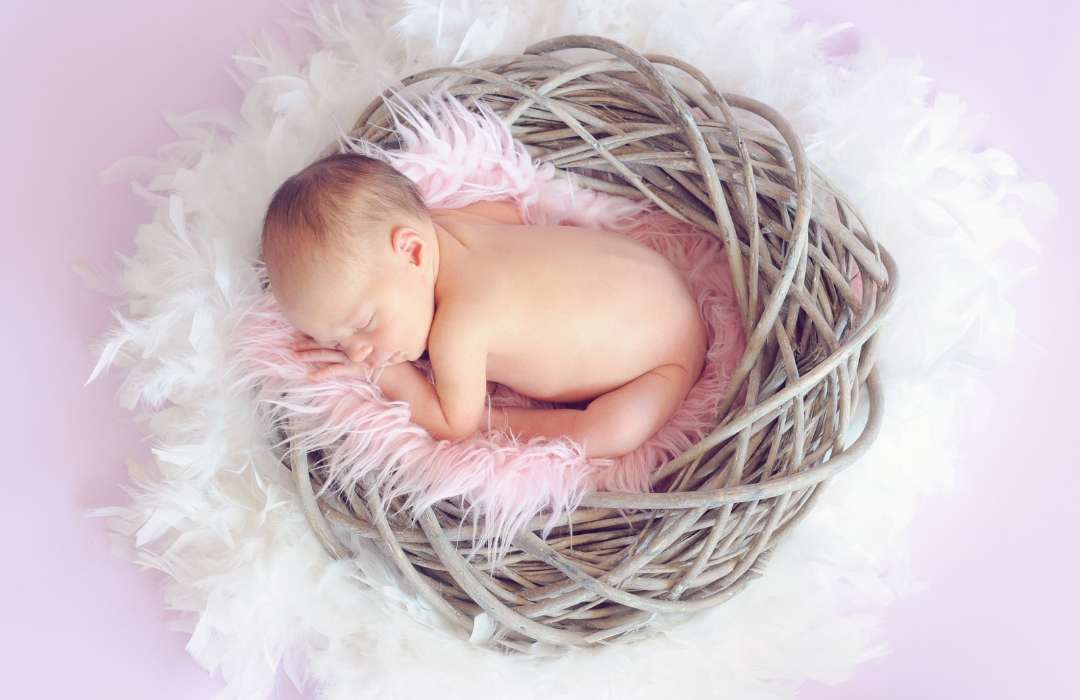 100 Welsh Girls names and what they mean 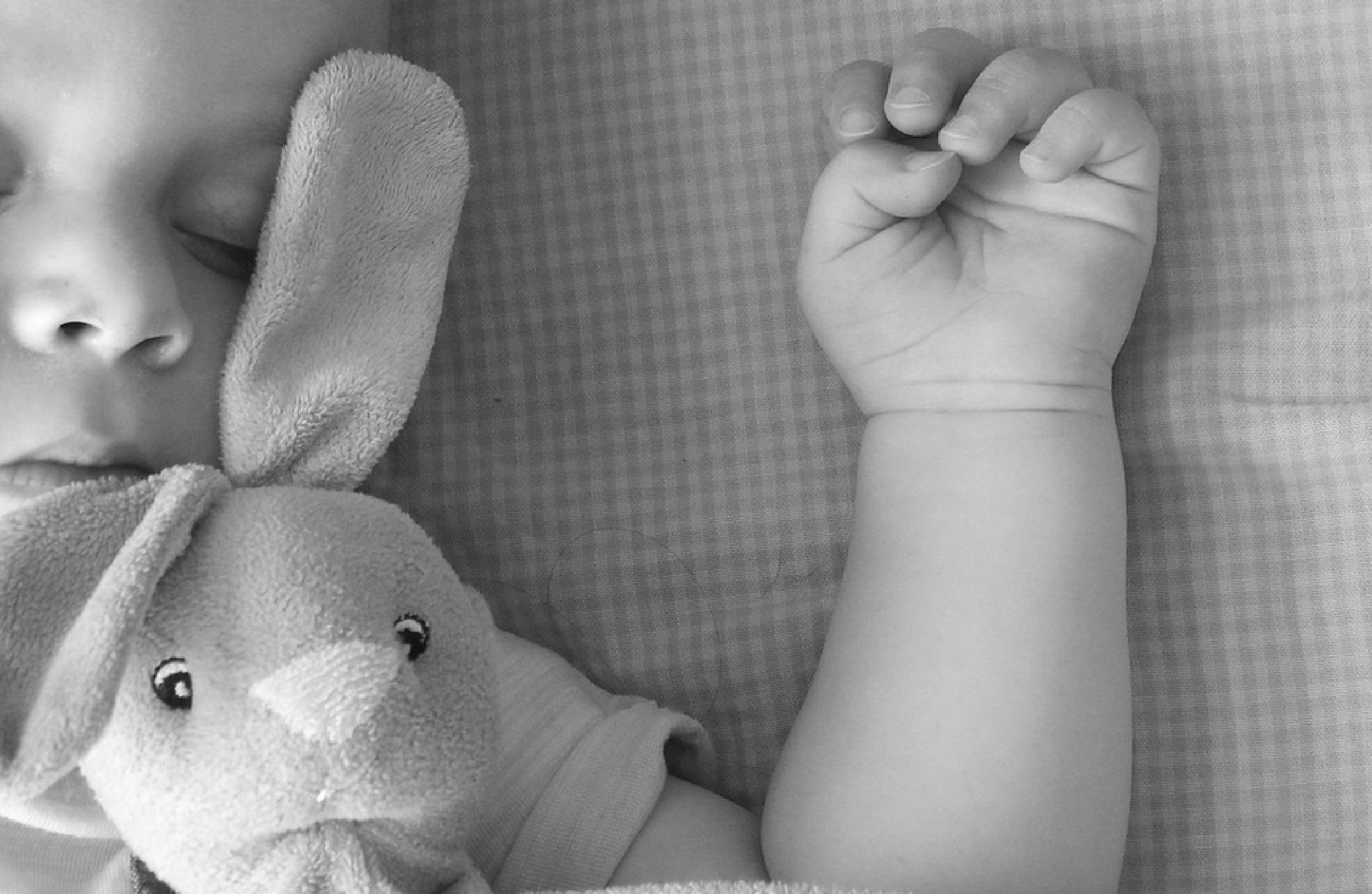 When the Baby is Napping…