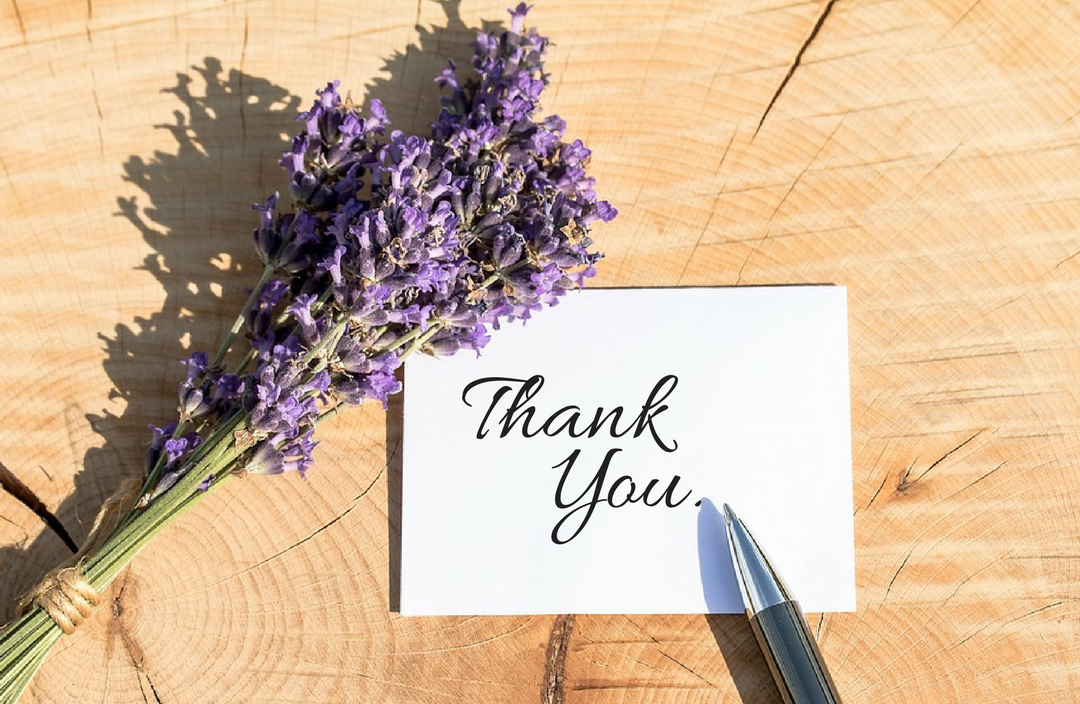 Saying Thank You for Gifts

With Christmas just out of the way this is particularly on my mind, but it applies to just about everything really. Saying thank you for something is really important and sharing gratitude and being appreciative is something I really want to pass onto my son. I’ve found people especially generous with children, but children definitely aren’t born with an innate sense of gratitude. If anything, from my experience, children start off quite selfish and self-centred – but as they develop and grow you can see them learning empathy and understanding.

Thank you notes are sometimes seen as a bit old-fashioned, but I think are a lovely way of expressing gratitude and appreciation when you can. The very act of writing something down can make a child ponder what it is they’re doing and why they’re doing it, but you always want to make it fun too and that can be a real challenge as well. 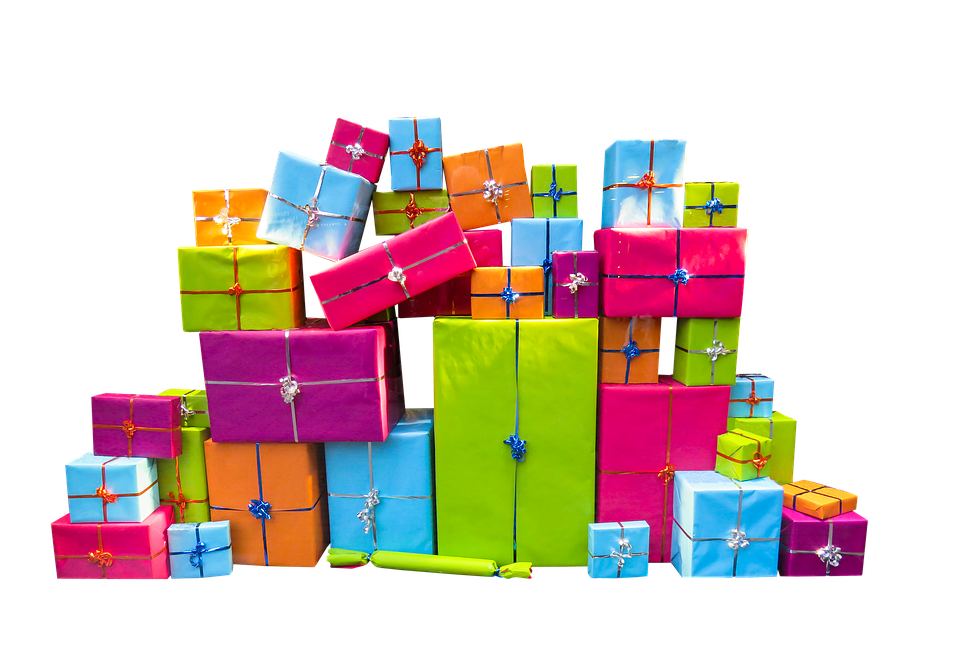 Here are some tips to make writing thank you notes a little easier:

“I always make my daughter send thank you cards! Usually we make them but I’m buying some this year”, confides Sarah of Digital Motherhood and Fiona from A Mum Track Mind makes sure she keeps track of the gifts, “As the kids open the presents I make a note of what the gift is and who it was from and then I insist on thank you notes. I usually use a cute picture from Christmas and order personalised notes online using it.” Just Average Jen agrees with me on thanking people in person, “My son does send letters for people who he hasn’t opened the gift in front of them. I feel it unnecessary if they were there to receive the thanks in person.” 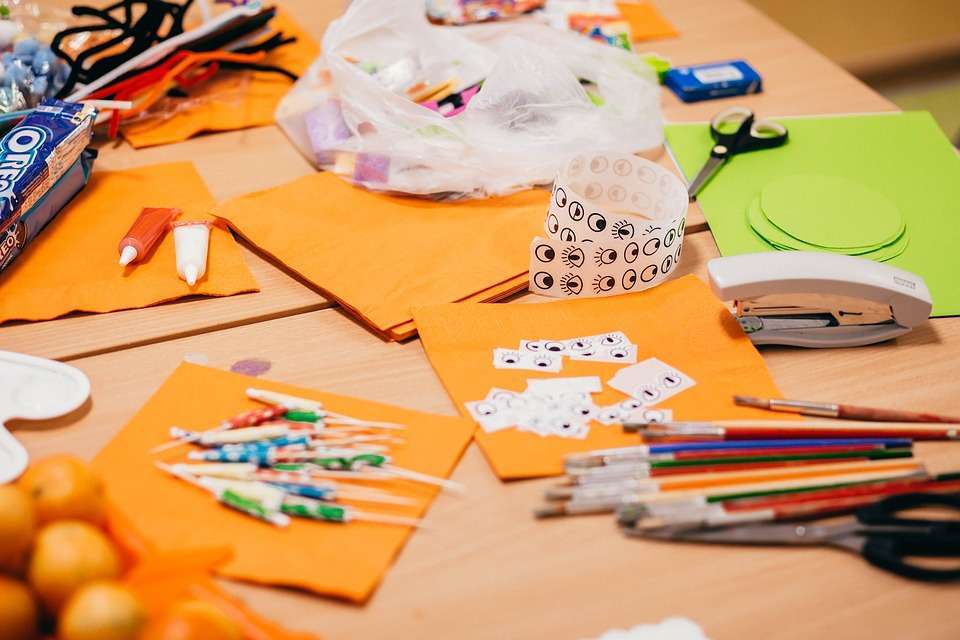 Thanks or No Thanks?

In a recent survey on behalf of national occasions retailer Clintons, respondents were asked how they felt about receiving a thank you online or via text. A whopping 42% of respondents said that they would rather receive no thank you at all than one online whilst only 25% of people said a text or email was just fine. I think that’s crazy personally, surely nothing is worse than no thank you at all! It also found that 14 days was the maximum most people found “polite” to wait for a thank you, and that less than 10% of parents ask their children to write the note themselves.

I agree with Amy from A Mum Full of Dreams, who said “How ungrateful some people are! I have a list of presents from my son’s birthday which I never got round to sending cards for – he turned one in July! As Mums, we are under so much pressure, writing a card seems just so silly to add to that. I sent messages out on Christmas day to the people who matter most to us to say hope you’re having a lovely day and we hope to see you in the New Year. That, to me, matters more than cards and gifts.” It does seem rather ungrateful to me to say “Well I’d rather you not bothered at all!” in response to an email. After all, we live in a digital world now.

In a press release announcing these statistics, Tim Fairs, a director at Clintons, said: “I think we’ll see a resurgence of the traditional Thank You note.  For many people, the time and effort reflected in the Thank You itself is very important.  In other words, for anything more than a quick favour, omg thx so mch, is unlikely to cut it. There is a direct correlation between the ease of sending a message and the impact it has.  Texts and Tweets are a button press away yet they are commonplace.  Whilst most inboxes and mobile devices are brimming with unread messages, a physical handwritten note will often leave a significant impression.”

That’s a good point, but I also think that there is a big difference between a “omg thx so mch” and a heartfelt email that contains as much as a full letter would – or more. 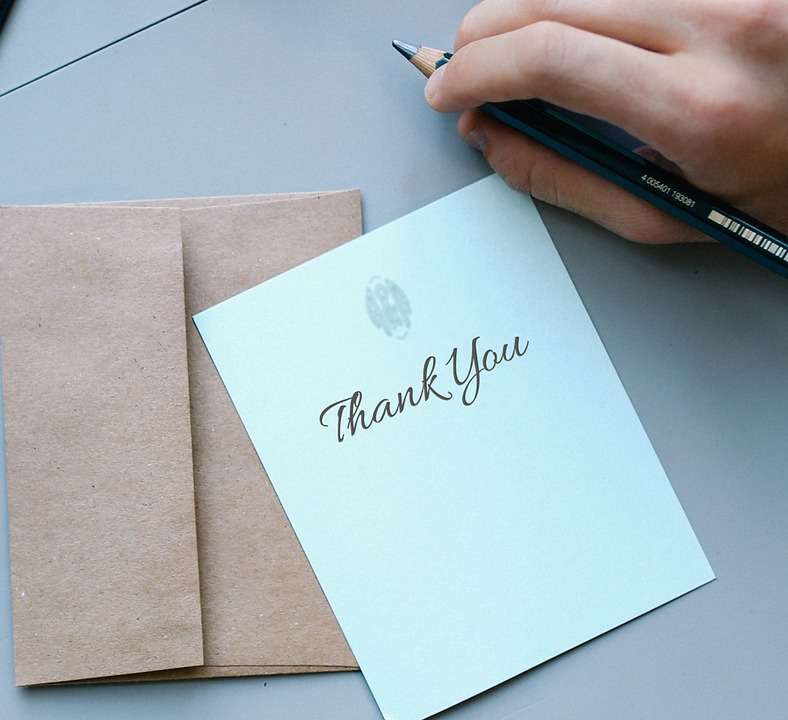 The virtual Thank You

This year, I was a bit flummoxed as I received a number of gifts from people I’ve never even met. You see, my husband is American and has quite a large extended family in the USA. However, we haven’t kept in touch with this family as we have lived in the UK together for over 10 years. We keep in touch with his immediate family only – his parents, sister, nephews and niece. With the birth of our new son this year, it seems Christmas has connected old family back to us and we found ourselves receiving gifts from people who we’ve never even received or sent a card to and in fact, didn’t even know what their address was!

For these folks we either emailed or added them to Facebook as William is too young to write his own thank you note and spending a chunk of money that we don’t really have spare to wing letters overseas didn’t make a lot of sense to us. Instead we tried to add photos and a video where possible of him enjoying his new gift. This is something that Kate from Five Little Stars does too, “We send thank you videos. I make a little video on my phone of the children (aged 3 and 2) playing with whatever they have been gifted, and saying thank you. They seem to be well received! My thinking is this is more likely to bring big smiles to the kind gifter than a card.”

Quite a few mums I spoke to had issues with the time it takes to write thank you cards. We’re often already feeling overwhelmed and one more thing on the todo list can become a pretty big burden. “With four children we literally do not have the time to write out individual thank you cards to everyone who sent gifts. I usually send out a text but I do ring older relatives to say thank you personally as I think the older generation expect it!” says Laura from Five Little Doves. Kerry from Blissful Domestication has a tip if you have multiple kids, “I try to do thank you cards for those friends and relatives we don’t see very often that I can’t personally thank, but I do cheat and do a collective thank you card from all 3 kids.”

Here are some things you can do if you need to send a digital thank you card:

Personally I’m very much happy to know something has been received, but if I can get a photo or a video with the thank you it’d really make my day. I’m not really a stickler for etiquette, so I’d be quite happy with an email or Facebook message! 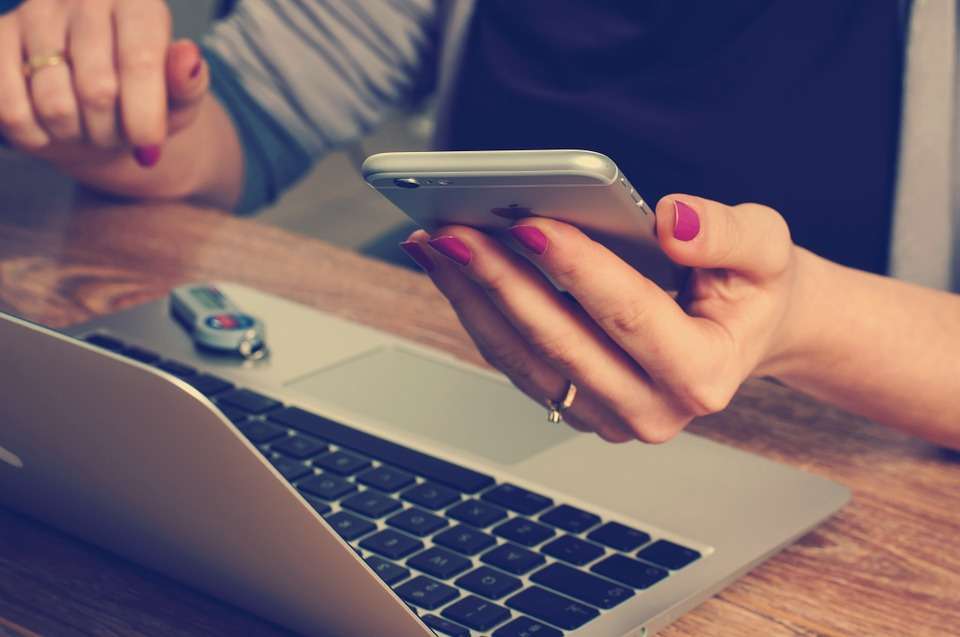 When chatting to other parents about this it was definitely interesting to see a range of responses.

Gemma from Somewhere After the Rainbow gives thank you notes but doesn’t mind not receiving them – “We make thank you cards for Christmas and then I buy ones that I send out for the kids birthdays – mainly because my middle ones birthday is 6 days before Christmas. I write them and get the older two to sign them. I was always made to send them as a kid and it’s something I’ve carried on with my own kids. It doesn’t bother me if we don’t receive them though (we rarely do).”

Some people are fairly casual about the whole thing, like Victoria from Lylia Rose who says “We always see people in person to do presents so we thank them there and then. I used to always write thank you cards when I was a youngster and as an adult, but I’ve stopped recently. I’m happy with a thank you text or phone call.” Whilst others, like Emma from Our Fairytale Adventure prefers a more traditional approach, “We send thank you cards before New Year. When people have gone through the effort to buy a gift they think we would like, the very least we can do is thank them for those gifts. We always write a little letter in the card about why the boys enjoyed the gift, which our older relatives appreciate, especially when we don’t see them very often. I really appreciate when people send us thank you cards and it also lets us know that their presents arrived safely and on time.” 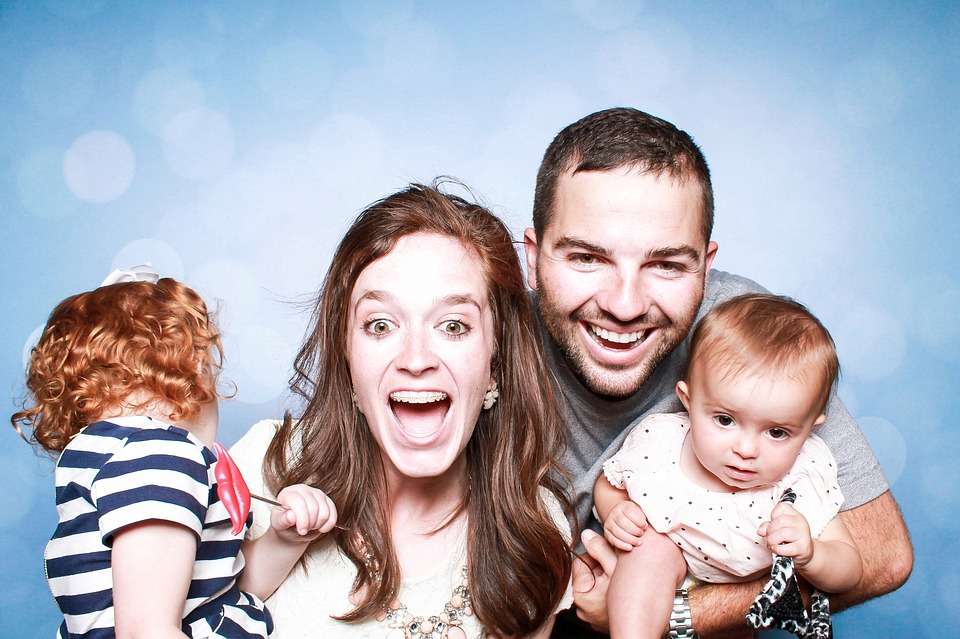 The conclusion from most seems to be that it’s just important to say thank you in one way or another. Suzy from Our Bucket List Lives says “We have a box of blank cards and envelopes which our little boy uses to send out thank you cards. He draws something on the front and then writes a little message inside. I have never been particularly impressed with parents that don’t encourage their children to send out thank you cards or notes. Sometimes a phone call to say thanks can be just as important as a card. To have neither of these disappoints me so I wouldn’t want anyone else to feel the same. I think it’s essential for kids to understand that it’s good to show gratitude for something.”

An interesting take on this comes from Anna from Me, Annie, Bee, she’s written a post – Manners cost nothing, just don’t expect a thank you note – that looks at this from a different angle. She says, “I always make sure that if someone buys my children something they are thanked, either by text or a call. I don’t make them write letters though. They never receive letters of thanks from aunts, uncles and grandparents they have ‘bought’ gifts for.” It’s definitely an interesting read, and something to ponder. Why do some folks expect a thank you note from the younger generation, whilst never writing one themselves for the gifts they receive?

As for me – if I’ve sent out a gift, as long as you express your thanks in a heartfelt and honest way, that’s usually enough – whichever method of delivery you choose. 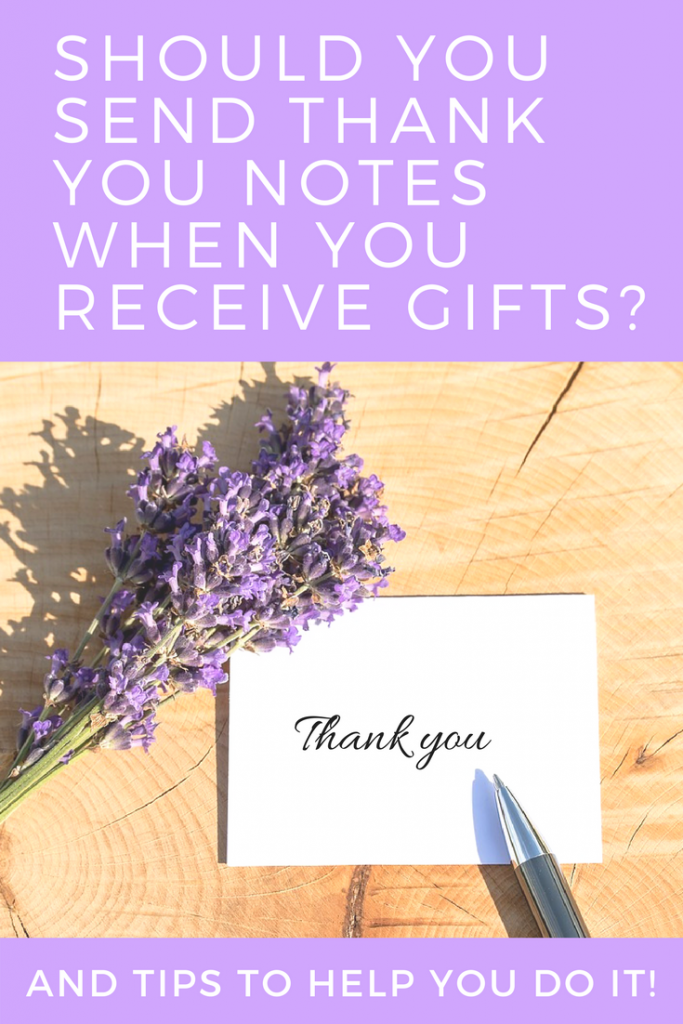 Do you send thank you notes and would you be happy if you received a digital one in return?

Purrfect Pets with Ania from The Sane Mum 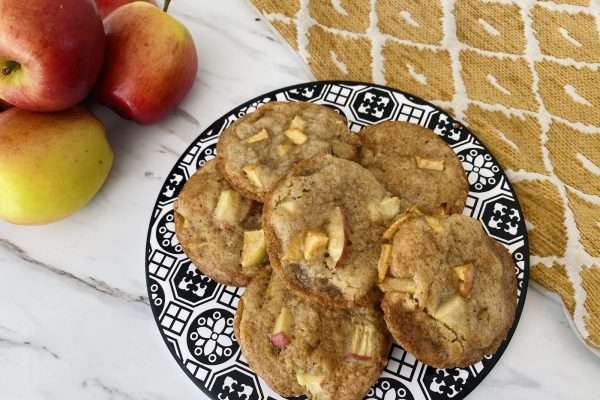 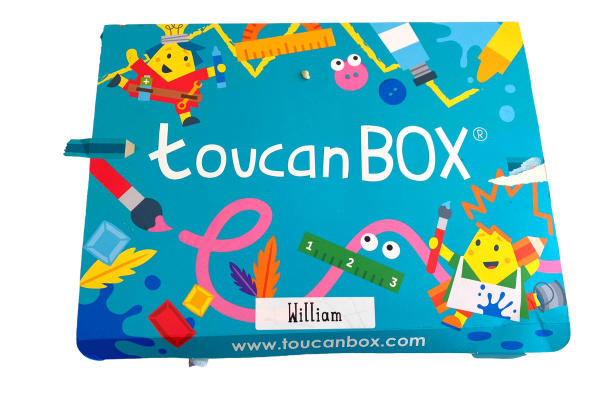 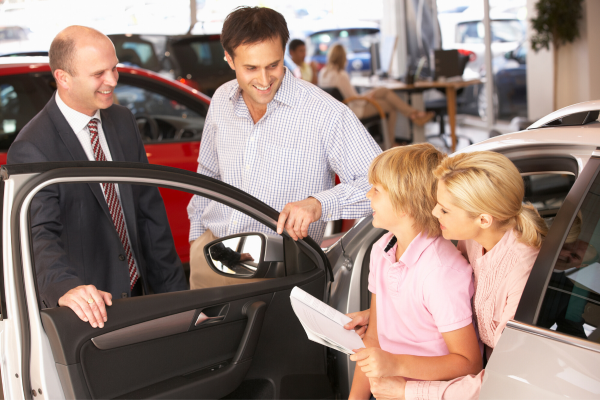