Bath – The Roman Baths & Bath Abbey with a Toddler 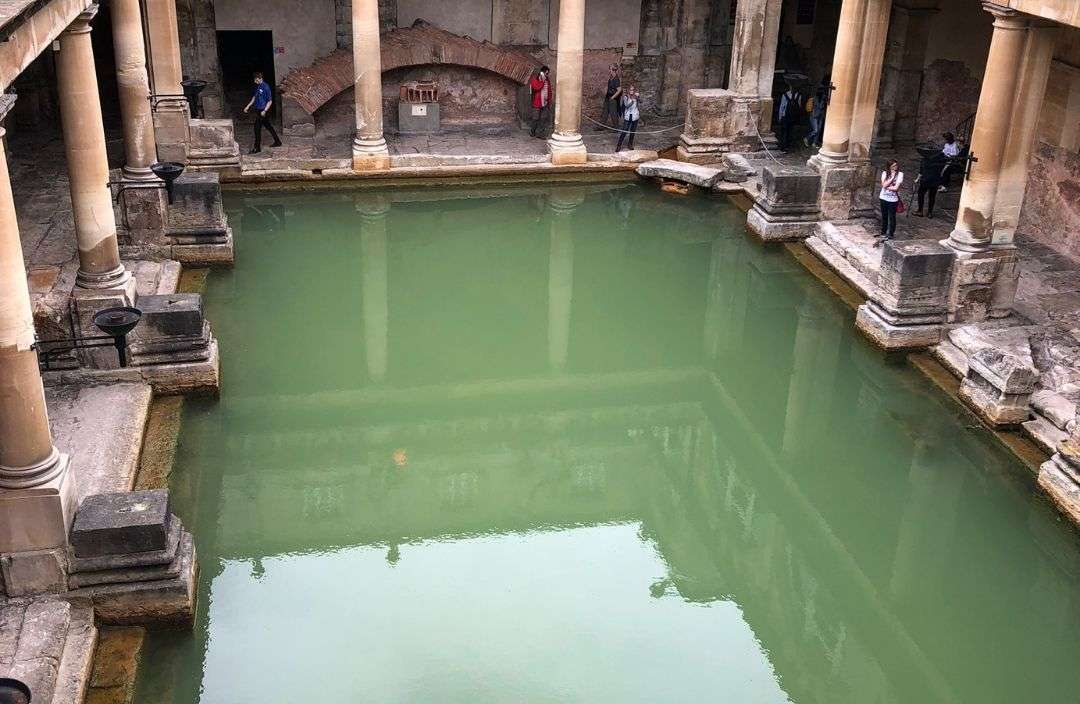 On a three generational holiday to the Bath area, we headed to one of the most visited attractions in Bath town which is The Roman Baths. This isn’t exactly the type of attraction you’d think of taking a toddler to, but if you’re on a day out with family members interested in history, then this is going to be on the must-visit list. As such I want to share my experience of taking a toddler and getting the most out of your day out, as well as things you should prepare for. I wondered if it would be a bit of a disaster taking a toddler who is enjoying the tantrum-every-minute stage to a museum like this, but I wasn’t about to sit at home whilst everyone else got to immerse themselves in history!

The day before we’d headed to Stonehenge with a toddler, which is about an hour drive away. Check out what you need to know about a family visit to Stonehenge as well.

About the Roman Baths

The Roman Baths is one of the most visited heritage attractions in the UK, pulling in over a million people a year. A world heritage site, it’s located on the thermal springs which still flow today with natural hot water (which you can drink for free at the attraction!) The roof is gone, but the main structure and baths still remain and it’s a site that really gives you a feeling of stepping back in time. It has a museum filled with interesting artefacts as well, but the main draw is just standing next to the Great Bath and imagining what life would have been like for the Romans who came here.

Travel and Parking for The Roman Baths and Bath Abbey

Bath is a very compact city with a lot of traffic problems. Driving in Bath, which is a bit of a mess of one way twisty turns, is a bit of a pain but perfectly doable if you need to. I would recommend researching in advance if you are driving and in fact, there is a website called Bath Car Parks which shows up to date parking figures for the car park, and the park and ride. I was a bit worried about finding parking in Bath but with family members with us from 2 to 75, I knew I wanted to drive in and not take the bus. My advice is simply to check the car park website before leaving, try to visit in the morning if you can, that week days will be quieter than weekends (most commuters park in the park and ride due to the much cheaper prices) and don’t stress out if you can’t find a space, just move to the next car park.

Bath also has a centrally located train station with good links across the country, as well as a bus system. Public transport is reliable and definitely a good option if you’re at all worried about driving in the city and finding a space. Once you’re in Bath it’s very easy to walk between all attractions and The Roman Baths is clearly shown on google maps and very easy to find, located directly next to the towering Bath Abbey.

Tickets for The Roman Baths

As with most attractions, pre-booking tickets in advance will save you money as well as help you skip the queue. We hadn’t bought tickets in advance and waited about 10 minutes in a queue at 10am in the morning on a week day. A school group went in just before us. On the door it cost us £20 per adult, £18.50 for the seniors in our group and children 6-18 were £12.50. 5 and under are free.

The Roman Baths with babies, toddlers and children

Are there any facilities for children?

There were children’s activities sheets and pencils available, and a prize was offered for kids who completed it and handed their pencil back in at the end – although we didn’t complete it as it was way too old for our two year old. The Roman Baths is free for children 5 or under and I think that it’s fair to say that this is really something that those 6+ with an interest in history will enjoy, but probably a few years older again. There were lots of school kids in the museum and it would definitely be a very educational trip for those old enough to understand and be interested in Roman times.

Are there any facilities for babies and toddlers?

There are baby change facilities in the toilets at both the start and end of the tour, as well as baby carriers available in the reception hall (see the next section). One thing to note is that there is only baby change in the female toilets at the start, although they are also in the men’s at the end. The cubicles are also very small, an absolute crush to fit toddler and me in one. There is uneven ground and a lot of steps, so would recommend carrying unsteady walkers for a great deal of it. That being said, it’s certainly a sensory experience for young children and that has a lot of value. There are stones to touch, surfaces to feel, different things to look at, the air seems different too. It’s simple stuff, but it’s all something they can take in and add to their young experiences.

Much of it is somewhat hazardous, for example the water area isn’t gated off in any way, so you definitely need to keep them close.

What else should I be aware of if taking a baby, toddler or young child to The Roman Baths?

You cannot take a stroller / pushchair around The Roman Baths, so you have to leave it behind at reception. They did have a variety of baby carriers and toddler carriers available, which I think is a very nice touch. The toddler carrier had a weight limit of 18kg, which should suffice for most 2-3 year olds. William was two at the time of our visit, and so we had him walk or be carried when he decided his legs were no longer functional because putting him in a carrier would probably result in a tantrum of epic proportions. I really liked this facility as it shows they’ve thought of how they can make life easier for those with young children.

The only problem is that The Roman Baths is a one way museum and you exit through the gift shop around the side of the building. You then have to walk either outside for a few minutes back to the entrance, or you go go inside and walk for a minute through the very fancy restaurant where people were having cream tea whilst classical music played. So I felt that was a bit awkward, and we had to ask a security guard how to get back to the stroller. Once we did get back to it, we had to stand in the ticket line again as the stroller was behind the desk and then they had to let us out through an exit barrier. So a bit of a faff, but ultimately not a big deal!

Bath Abbey with a Toddler

Right next to The Roman Baths is Bath Abbey. This is an active church so you do want to check there’s not a ceremony happening when you want to visit (unless that’s the reason you’re visiting). Sunday tourist visiting times are quite limited. When we visited there was extensive building work being done and I only spent about 20 minutes in here. The toddler had no interest at all, and he stayed in his pushchair – which you can push around without having to leave it anywhere. I’d say there’s not really anything for children to do here at all, but since it is right next to The Roman Baths, you may want to pop if you’re interested in the history of the building (which is extensive and quite interesting) stained glass windows and church architecture. It’s certainly an impressive building, but I would have skipped going in had my parents-in-law not wanted to see inside. It is a relatively cheap visit, with adults costing £4 and children £2. We sat in the pews and ate some snacks (allowed) whilst the rest of the family walked around and took photos.

I wouldn’t recommend it for children, but if you want to see it, you can take a pushchair in and there’s plenty of space to sit and soak up the atmosphere whilst keeping tiny people happy with a bag of crisps.

Should you visit The Roman Baths and Bath Abbey with toddlers?

Look, a UNESCO world heritage site and an Abbey are not perhaps the best places for a toddler and I’ll admit, I was a bit on edge waiting for him to either fall in the water or start screaming about dicks (sticks, it’s his favourite word, which is rather unfortunate) in public again. But it went rather well. I did have to run through most of the museum whilst everyone else read all the information and we did have to carry him for a lot of the way, but ultimately we had a good day out. I would have hated to miss the opportunity to visit such an amazing attraction and it was something that we got to experience together, even if he won’t remember it.

As with all toddler things, I’d say manage your expectations, do some research, take loads and loads of photos and enjoy reliving the experience whilst reading the guidebook at home with a cup of tea later! 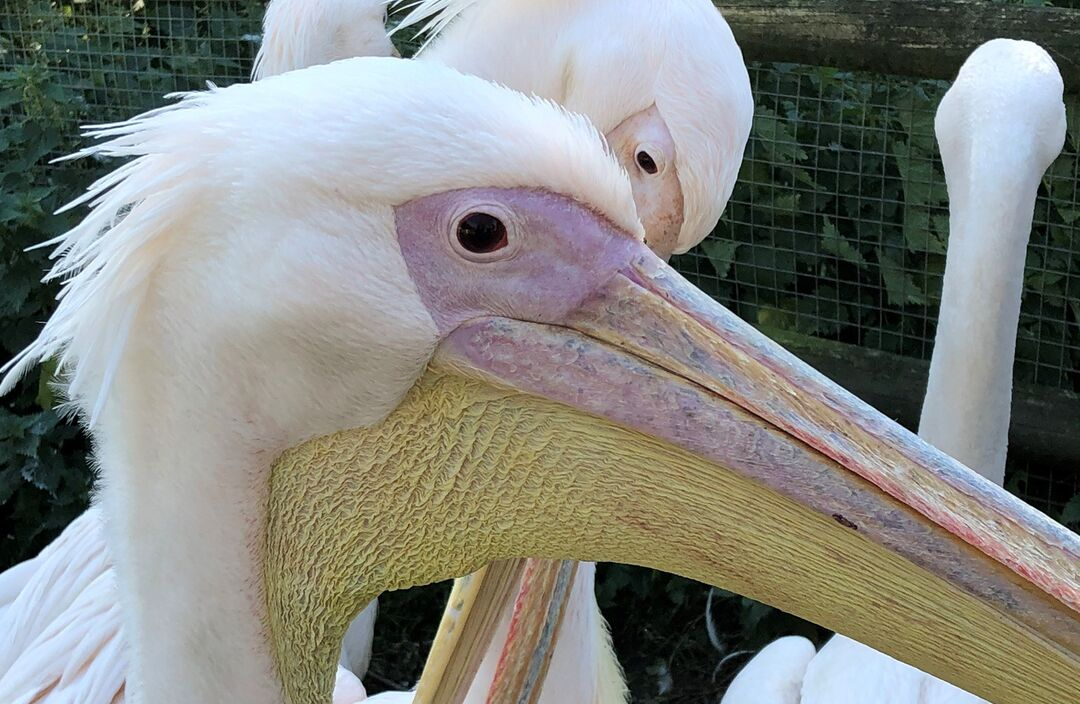 Review: Blackpool Zoo – The MUST VISIT attraction in Blackpool with Family 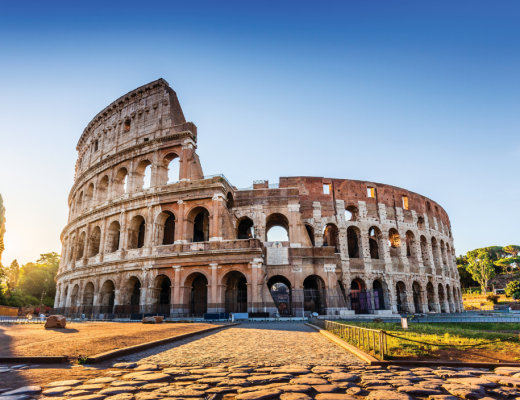 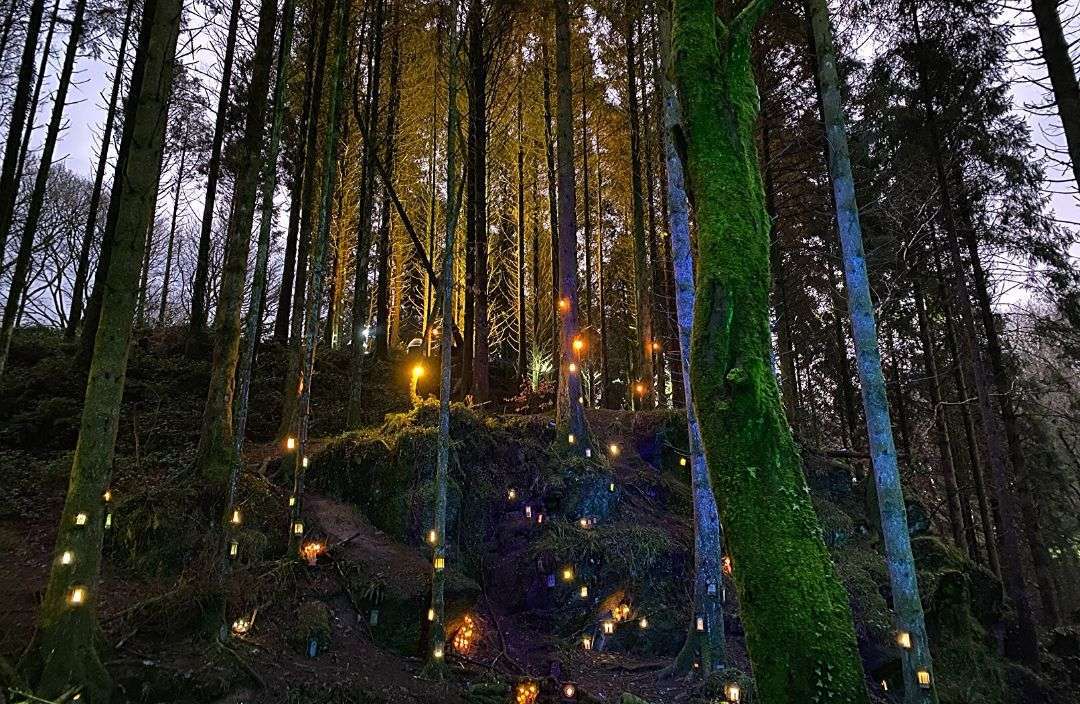