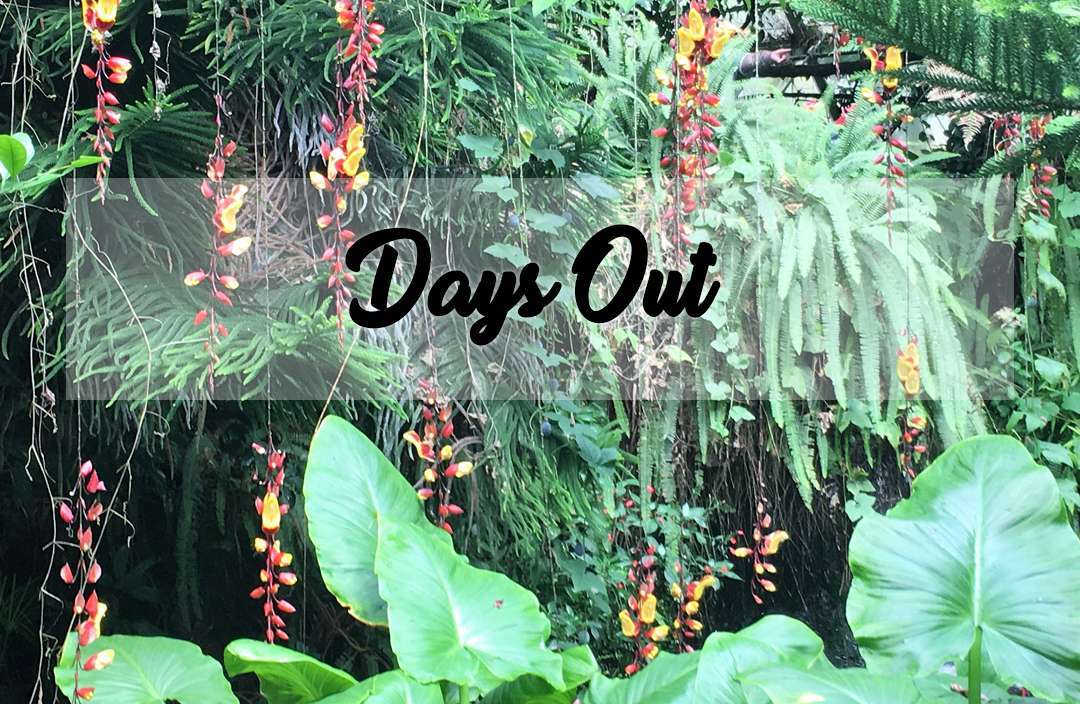 Roath Park is a large park in central Cardiff that incorporates three main areas, all of which are very family friendly. The Lake, the Gardens & Play Area and the Conservatory.

The Lake itself has an array of boats, both row boats, paddle boats and tiny kids boats. Since I was here with a 4 month old, I couldn’t go on the boats – but my husband, his niece and her friend went out for an hour on a paddle boat at a cost of £7. They were gleefully mugged by swans and apparently narrowly avoided every single branch around the edge. They provide life jackets for kids – but obviously not for babies, so I was left to my own devices for an hour. 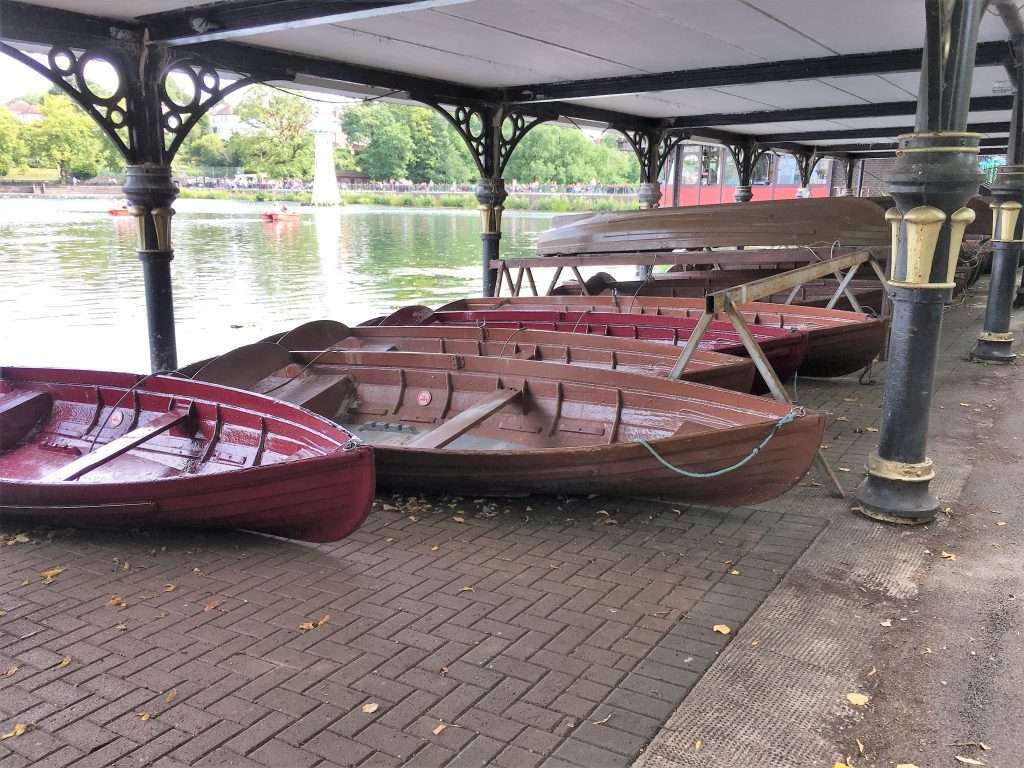 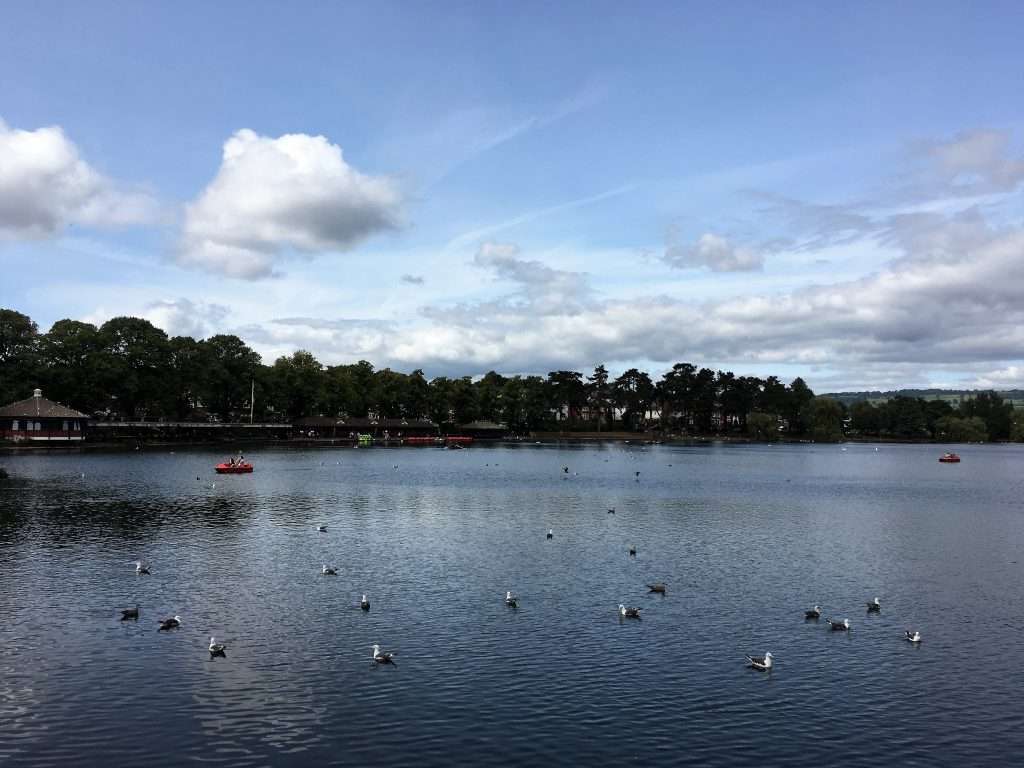 There are tons and tons of nice places to sit, as well as a large waterside coffee shop and cafe. I grabbed a drink (£1.50), and then an ice cream (£3.50 for a double ice cream in a waffle cone.. look, I was alone and there were too many flavours to choose from!) from the kiosk, before sitting on the raised viewing platform and watching their haphazard journey across the lake whilst a seagull eyed up my ice cream. If I didn’t know my family better I’d think they were drunk, such was their ability to steer. All the paddle boats were rented out but the lake is so massive it really isn’t busy even if all the boats are out on it so it’s not that hard to spot your loved ones flailing around.

The only downside here is that I found the toilets at the lake extremely basic and the pull-down changing mat in the ladies was very dirty and I wasn’t comfortable using it. The disabled toilet was locked with a RADAR key and I’d left mine at home, so I can’t comment on the cleanliness there but it is available. You’ll have to ask for an attendant to open it if you don’t have your own key (you can buy them online if you’re curious!)

After they had returned from their watery adventure, none the worse for wear, we walked through the adventure playground and gardens. This is a lovely setting although the perfect weather certainly helped. There are rose gardens and meandering paths, as well as a large children’s play area with big slides, swings, climbing apparatus and there was a bouncy castle and some crazy golf set up too for the busy summer weekend. William did not seem impressed, he was fast asleep by this point, but I’m sure his opinion will change in a year. Adults and couples will enjoy the gardens, whilst kids are going to be very happy here. Bring a picnic blanket – there’s loads of space on the grass to sit down and eat if you don’t want to fork out for lunch in the cafe.

This was my favourite part. I absolutely loved it. For the tiny sum of £2 (under 5s are free) an adult you get to go into the conservatory which is hotter than a rainforest and incredibly humid. Those who struggle with high temperatures may want to give it a miss, but if you can manage the heat I highly recommend it. It is not that large, but it is full to the brim with exotic plants and trees, many labelled – very educational as well as fascinating to me. Plus some of my flower pics got a few likes on Instagram so that’s a plus (I don’t seem to be famous yet, but I’m sure it’s on the way).

At the centre is a large Koi pond with Koi that must be 50+ years old judging by their size, a small horde of terrapins (red eared sliders and yellow belly terrapins) and a pair of whistling ducks! Whistling ducks are not actually ducks, but a separate type of bird and actually more closely related to the goose, but way cooler. Since I knew quite a lot about terrapins and birds, I felt quite smart relaying this information to the rest of the family although I’m not sure anyone was particularly interested. The conservatory also sells duck food, and occasionally fish food although we were told the fish are often over fed so to get there early if you particularly wanted to feed them. They’ll stop selling it once they’ve reached their limit for the day, which is very sensible.

We spent about half an hour in here but it was one of the best things I’ve done in Cardiff for ages. I am fascinated by trees and plants and here was an amazing spectrum of flowers and vines that I’ll never see in the wild. I think the fish and the ducks could still make it entertaining to kids – and it’s good to get them interested in nature from a young age. I was a bit worried about the heat with a baby but William did not seem phased. I did head out earlier than the other folks to get him some fresh air and would have spent longer in there without him but I’ve no doubt I will be back. 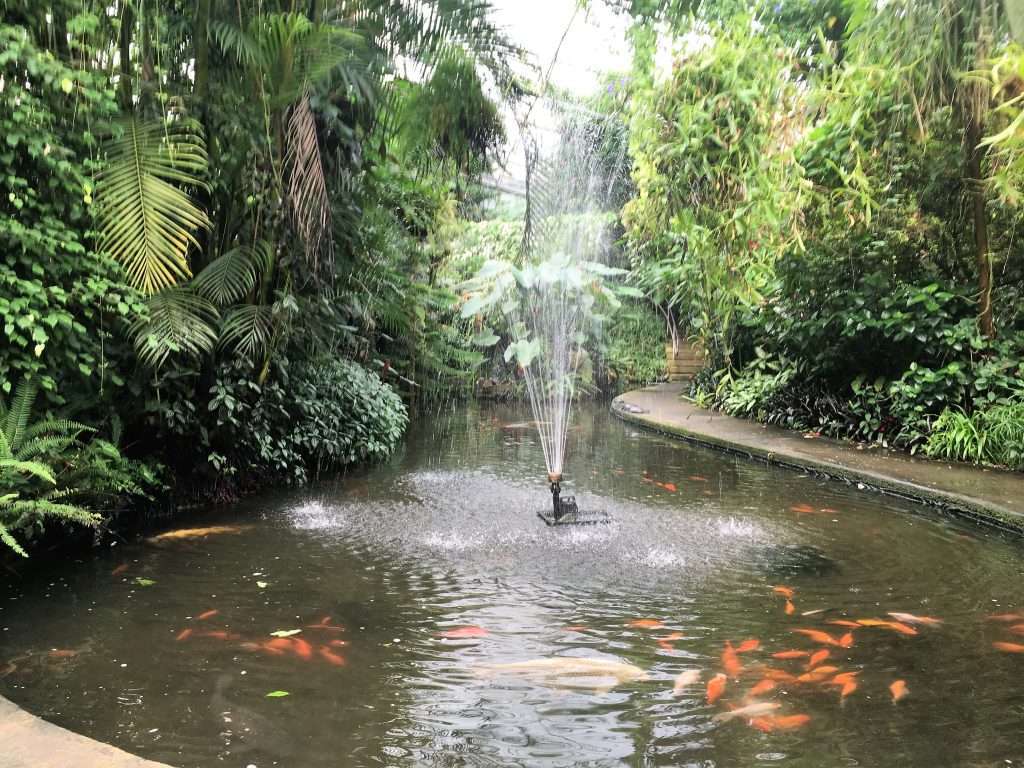 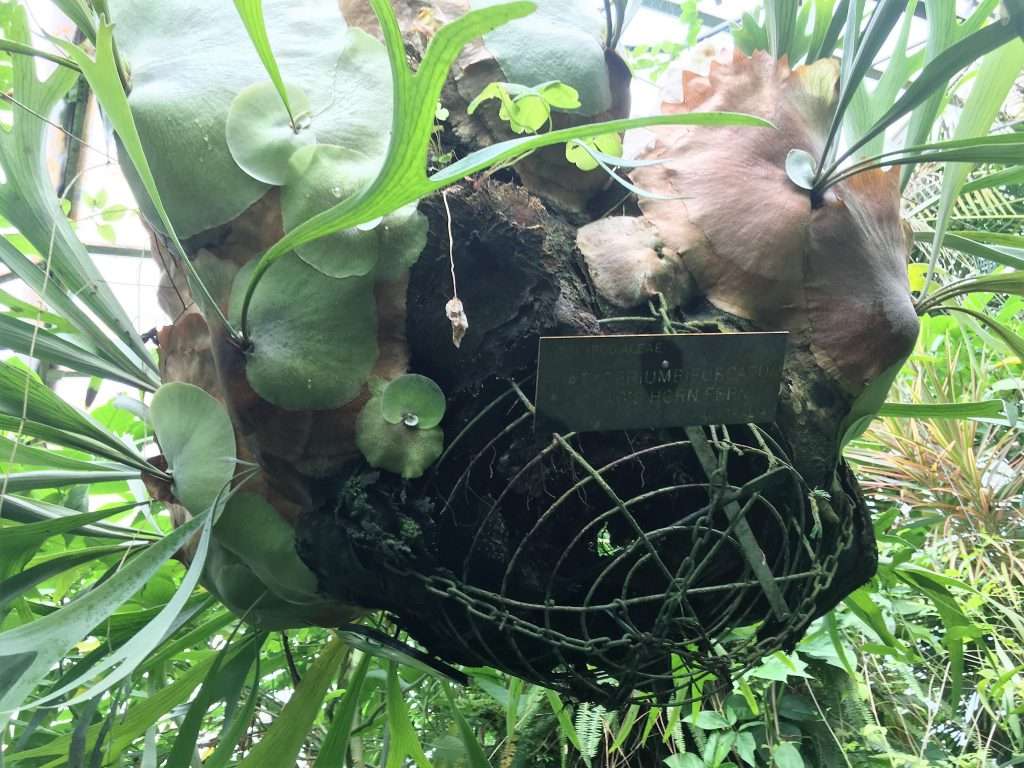 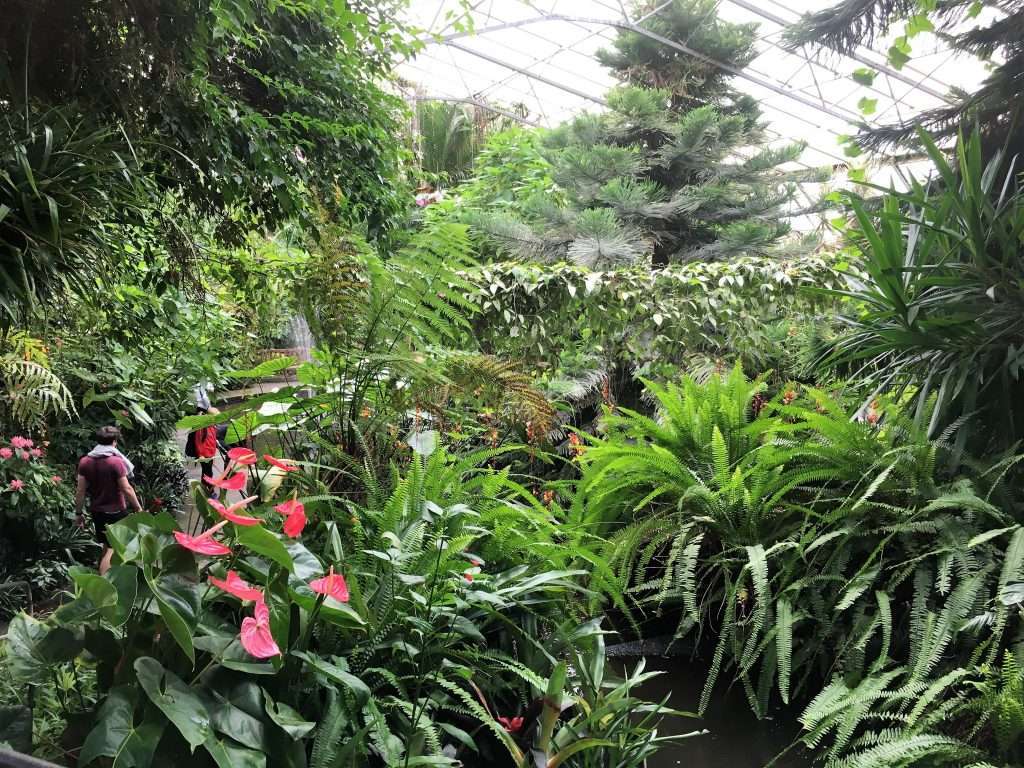 To do the full circuit there are approximately 10-15 steps up to a viewing platform and then back down again. We left the stroller at the bottom and carried him up the steps, but you could see 99% of the conservatory by ignoring these steps if you’re not comfortable doing that.

To make the perfect end to our trip to the conservatory they sell plants from the nursery in the entrance where you pay – I bought a spider plant for £2.50 and three Coleus plants for £3 each. These were great prices for the size of the plants, over half what I’d pay in a garden center for sure! These all went into a new gecko tank that I’ve been planting out (when I’m not on maternity leave I work with reptiles) which quite frankly, now looks awesome. 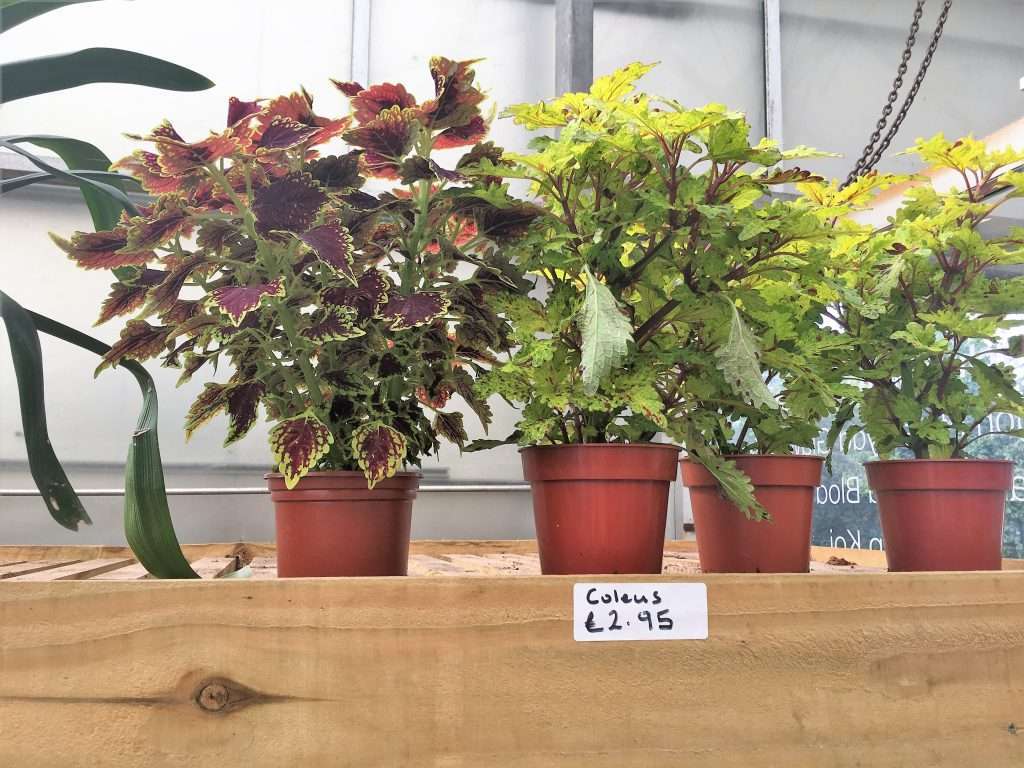 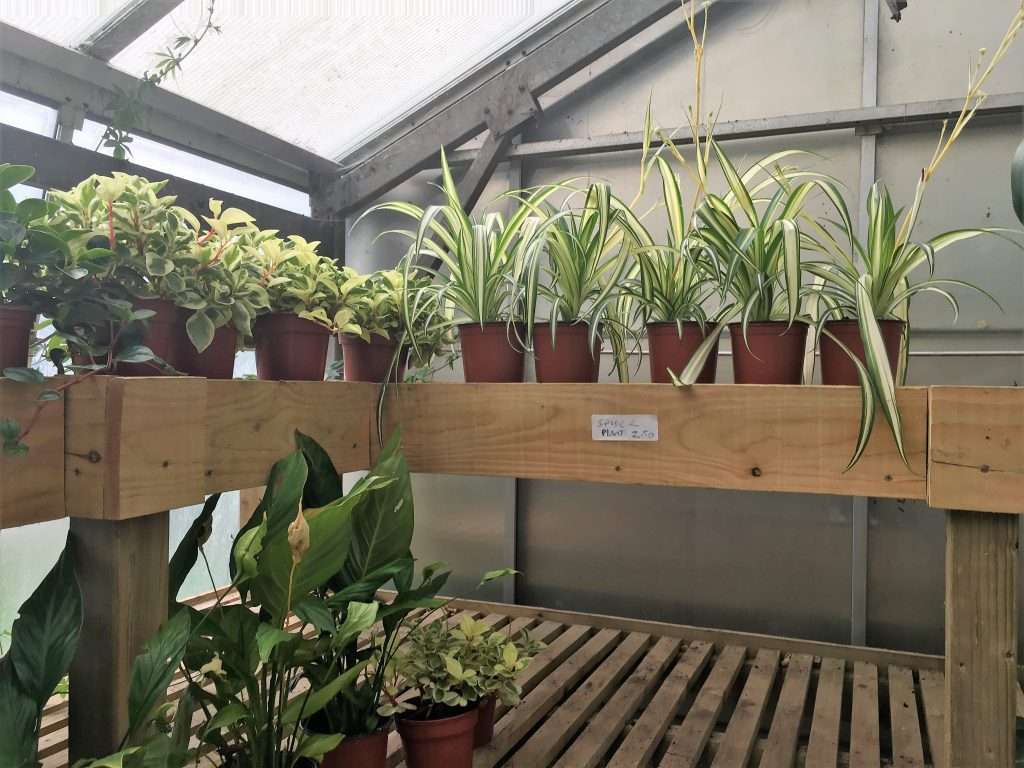 To finish off we walked around the entire edge of the lake. Since I had bought several bags of duck food from home (we buy it by the sack, I’m a sucker for feeding birds) we were followed most of the way by an alarming array of geese. If you feed one, expect to make a lot of “friends” but remember – don’t feed them bread, it’s very bad for them! There are signs all around now, but I still saw a multitude of people chucking bread into the lake. Please don’t – bread is incredibly bad for the birds and for the lake, despite us all probably growing up doing it.

The bird life is pretty impressive if you’re into that sort of thing (which of course I am), including several species of heron, coots, moorhens, several species of duck, armies of geese, tons of swans of all ages, kingfishers and plenty of other small birds too. Bit late in the season; but still a few baby coots and swans out. When William is older I will definitely make a “bird spotting” outing out of it with a print out of potential birds he can tick off. Whilst we walked I was regaled with tales of every tree they almost hit whilst out on the boat. There’s only so many times you can listen to “There, that’s where we almost crashed!” I’m beginning to think twice about going out with them next time…

The leisurely walk around took us about 45 minutes including several stops for bird feeding and it’s even ground that you can take a pushchair on the entire way with benches around every 2 yards, literally.

What a lovely day. The conservatory could be done easily in the rain – but generally speaking I’d say wait for some decent weather for the rest. If you find yourself in Cardiff with nothing to do, get yourself down to Roath Park for a very low-cost (or free!) day out.

After Roath Park we headed to Anna Loka, a vegan restaurant / café since my niece is vegan and finished off a beautiful day with some amazing food. Check out my write up of that!

If this appeals to you, you might also like to read about Cefn Mably Farm Park, Victoria Park, and Cosmeston Lakes – all in or close to Cardiff. 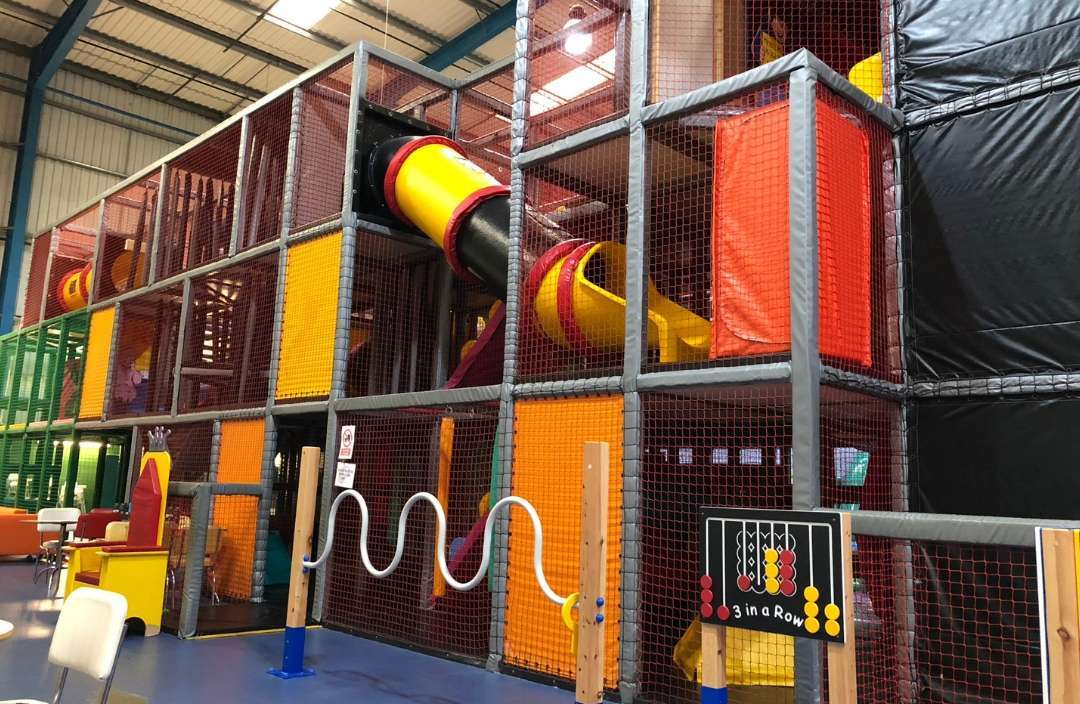 Soft Play Centres in Cardiff for babies, toddlers and pre-schoolers 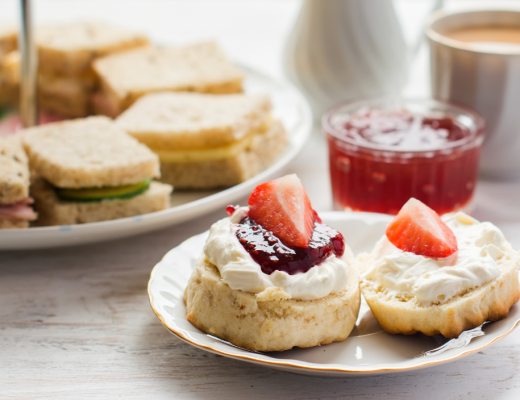 Where to get Afternoon Tea delivered in Cardiff 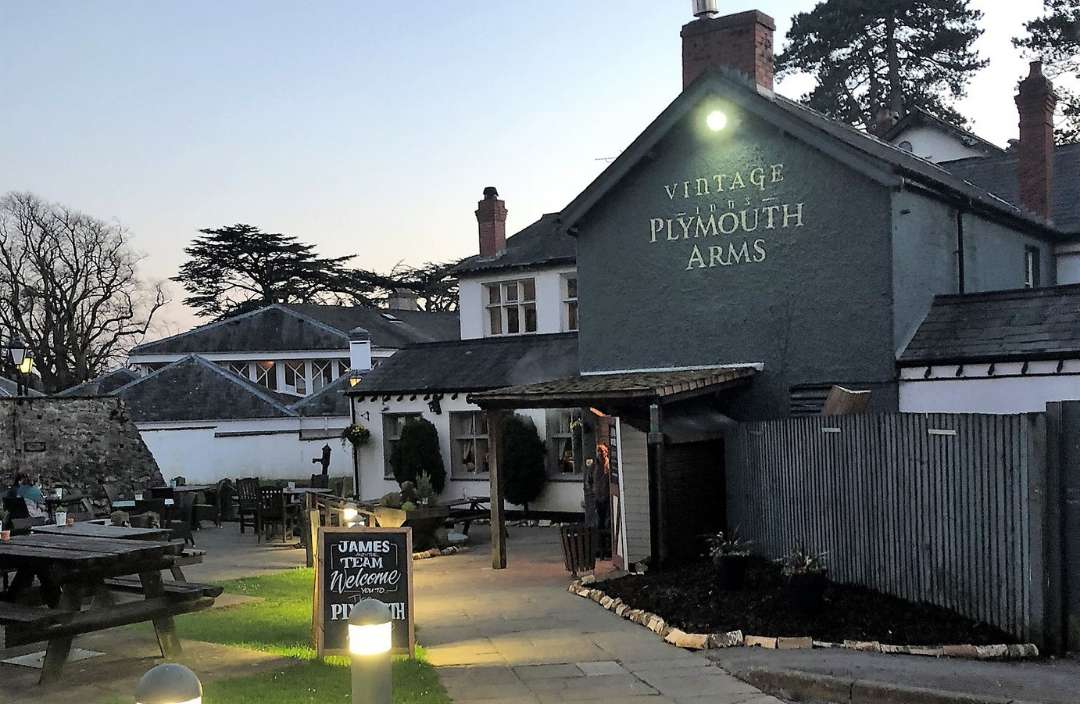 How Can An Immigration Lawyer Actually Help You?

A Guide to Getting Married in The UK

The Reasons Why You Want To Live In Wales

Freedom Day… But Is It Really Freedom?

In The Name Of Love: The Most Popular Name Changing Options After Marriage

Tips for Not Ageing: How to Look Like You’re in Your 20s

For Every Sweet Lover in Your Life, Here Are 5 Delicious Gift Ideas!

Traditional Or Modern: Choosing The Construction Methods For Your Home

A Home Spruce On A Modest Budget, Can It Be Done?