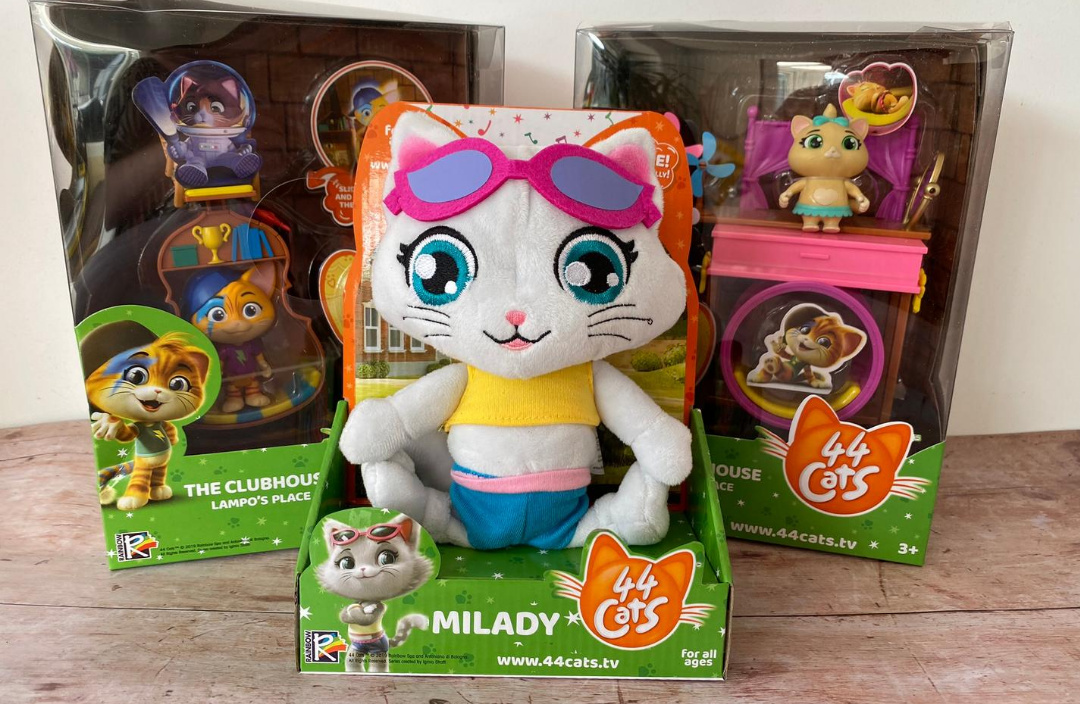 We have four cats at home (not by choice, they just seem to accumulate!) and William loves anything to do with cats and animals in general. He really enjoys role-playing with small toys and likes to have accessories to visualize his ideas, and that’s where these 44 Cats toys come in!

44 Cats is a kids TV show that is on POP channel every day about a group of cats – Lampo, Milady, Pilou and Meatball – called the Buffycats who from a musical band, transforming their garage into a clubhouse. It’s a really lively, musical and fun show.

We were sent a selection of the 44 Cats toys to review. William was super excited as soon as he saw the colourful boxes!

Club House Playsets from The Entertainer

The first thing we opened was the Lampo’s Place (RRP £17.00) available from The Entertainer. It comes with the figurine of Lampo who is the lead singer and guitarist of the band. The figure is articulated – so you can move the legs, arms, head and tail which means he can be positioned in lots of different places. The playset is shaped like a guitar which mimics the guitar which Lampo chills out in on the show, with a bed/mat inside and chair. The chair can be moved up and down a little bit for that extra interactivity. Each set also comes with the cats signature food dish, meatballs and spaghetti (although my son insists it’s actually a cherry pie).

The second set we opened was Pilou’s Palace (RRP £17.00) also available from The Entertainer. As you can see, Pilou is a very cute little kitty! She is the drummer of the band, and the set comes with her drumkit bed, as well as a movable mirror and fun windmills. This one is super colourful with lots of detail.

The figurines are a really good size for a three year old and seem quite sturdy. They’ve offered a good opportunity for him to use his creativity and imagination for different scenarios. At the moment he loves feeding his toys so the fact that they came with a food accessory was perfect for him. He’s also been spending a lot of time feeding them his jellybeans! He does love to share.

The cats have joined a multitude of figuring toys in his play house, and now have pride of place next to toys such as Peppa Pig and Duggee.

The final thing we opened was a musical soft toy. There are four of these to collect, and we’ve started our collection with Milady, who is the bassist of the group. They’re available from Argos. These play the theme tune of 44 Cats, which is a really upbeat and fun tune (and important for parents, not too long, annoying or obnoxious!)

William has been dancing around the room with Milady as well as taking her own adventures in the car in the garden. She even spent quite some time on the trampoline with him which probably annoyed the neighbours a wee bit since he was constantly playing the theme tune whilst he bounced for about thirty minutes straight.

These toys would make a great gift for kids in the 3-8 age range who enjoy the 44 Cats TV Show. We’re going to be rewatching the show a lot in the near future! 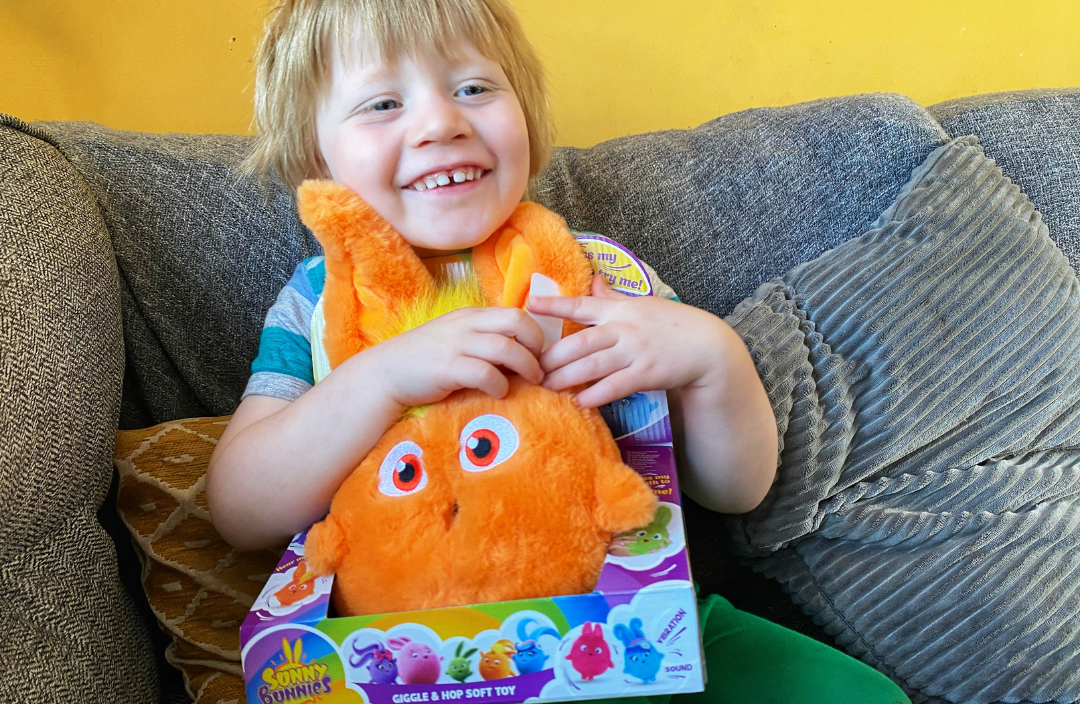 Laughing with the Giggle and Hop Sunny Bunnies 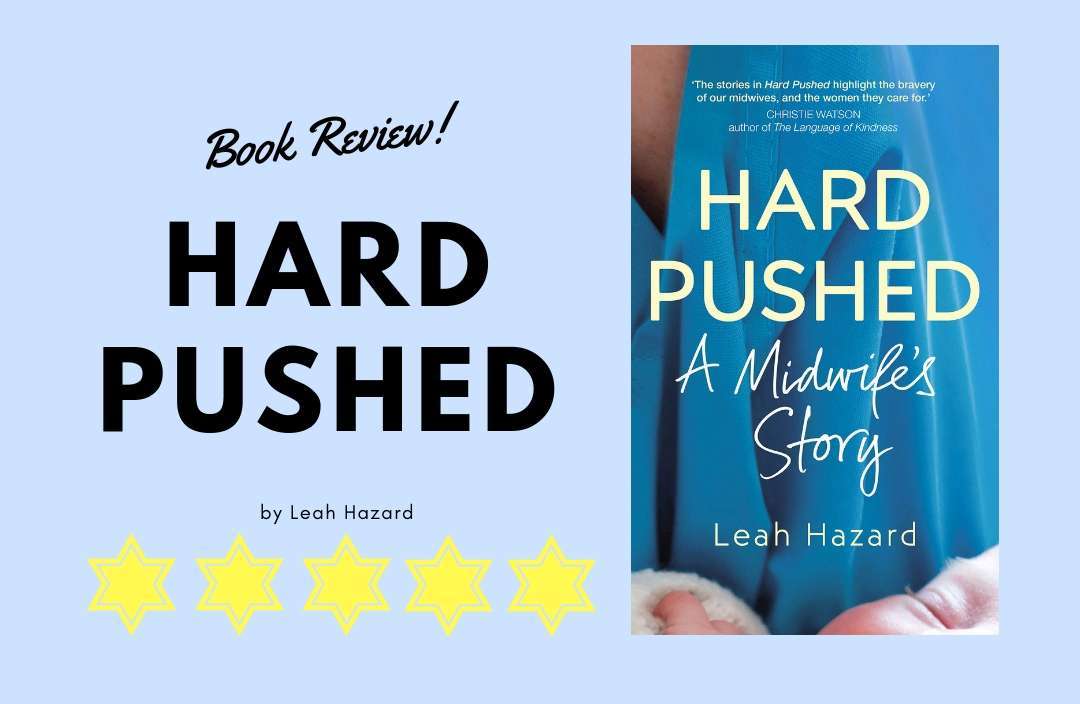 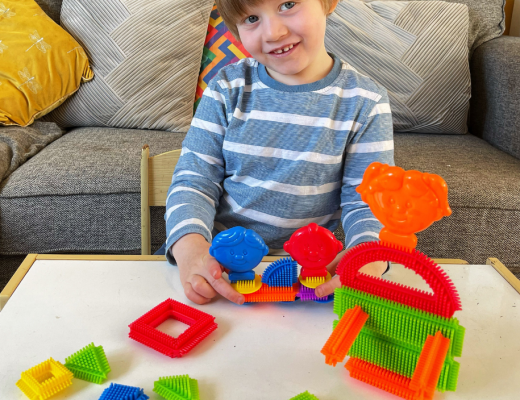 Getting Retro with Plasticine and Stick Brick Toys