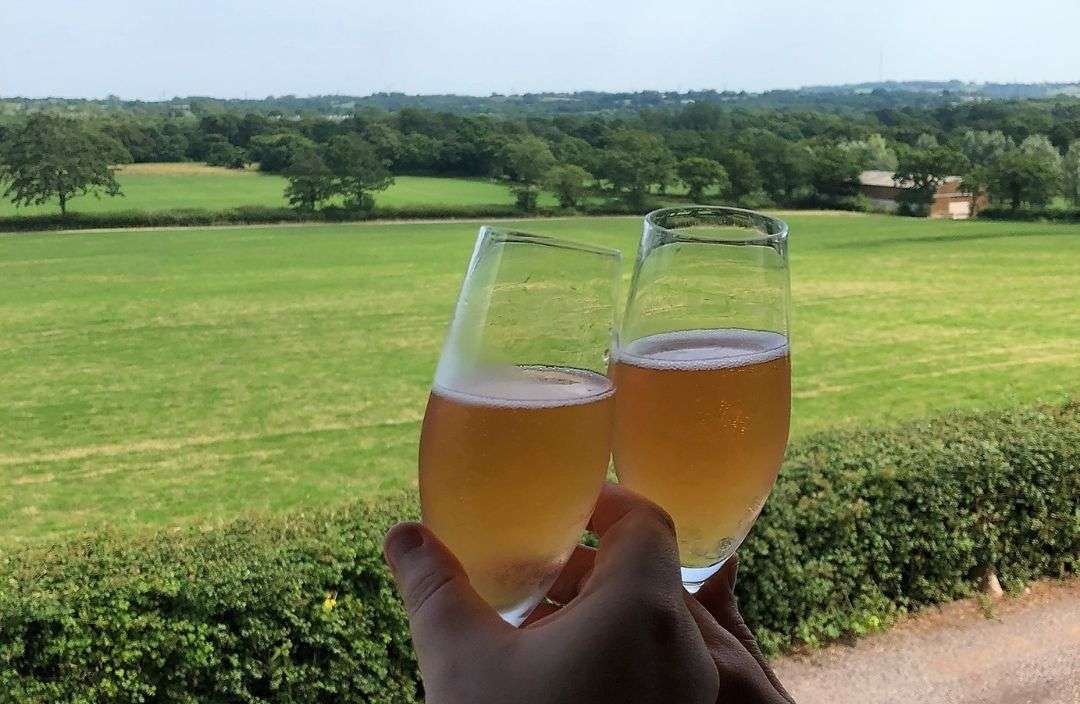 Even though I’ve lived in Cardiff most of my life, I never knew that not only does Wales make wine but there’s vineyard just outside Cardiff! Llanerch Vineyard, which makes a wine called Cariad (that’s Welsh for Love) is just a 20-30 minute drive west of Cardiff, in Hensol. It’s a far cry from the busy city, surrounded by woodland and rolling fields – and of course, extensive vines. It was just by chance that I saw a news story about their newly opened hotel block and thought it would be a lovely treat for our wedding anniversary, which happened to be in just a few days. Last year for our wedding anniversary (10th), we spent 2 weeks in the Scottish Highlands… with a toddler. It was an amazing experience, but let’s just say it was hard work and put me off any long road trips for a while. This year the only thing I wanted for our 11th wedding anniversary was that we have a night alone together, something we hadn’t had in a LONG time.

So with rather more enthusiasm than any parent should show, I dropped my son off at his grandmothers house and looked forward to 24 hours of child-free bliss. It’s not often I say this, but no guilt involved.

We ummed and ahhed over whether to go for the vineyard tour and wine tasting (very reasonably priced at £12 per person), or the Afternoon Tea. I am a MASSIVE Afternoon Tea fan though, so I couldn’t pass it up and didn’t want to rush to fit in both. The decision was doubly made by the fact that our wedding anniversary fell on the hottest day of the year – in fact one of the hottest July days of all time and I wasn’t feeling up for much other than lounging around eating cake, taking a cold shower and having a nap.

Clearly, something was up. So with my great detective skills I deduced he had probably called ahead to book something for the room. Since he’d already given me chocolates and it was a vineyard, wine seemed a logical choice. Therefore when he spoiled the surprise a second time by letting me know the exact wine I was about to order was already in the room, I wasn’t shocked. I love him, but the guy could not keep a secret to save his life. I also want to note that we accidentally left my chocolates in the car in 32c heat (outside) and they were ruined. So it’s a good thing there was air conditioning in the ROOM to keep them cool. Rest in peace Guylian Sea Shells.

Anyway, back to Afternoon Tea at Llanerch Vineyard.

The middle tier contained the perfectly cooked scones, with clotted cream and jam, a Welsh cake each and an unexpected addition of a bite of sausage roll in a sweet pastry.

We felt the the food was extremely good quality and quantity, the location was excellent, presentation beautiful and the service was okay. We did have to go and find a waitress twice. Once to ask for more milk, and the second time they cleared the table and then disappeared. 15 minutes later we had to go and ask for the bill. We also weren’t asked if we needed more tea or anything else during the meal. The table next to us also got up and had to ask a waitress for more milk. That was the only negative thing I could say about the experience – perhaps staff could be a bit more attentive with checking if people need anything.

Check in was from 3pm and our Afternoon Tea was at 1, but we’d given our details at reception so they knew we were here. As we were eating, the receptionist brought our room key over to us as the room was available early, which was excellent service. We found the reception staff extremely friendly and efficient.

After Afternoon Tea we headed to our Superior King Room, with amazing views out over the rolling Welsh countryside. We were staying in the brand new block which opened on the 20th June – so it had only been open a month when we got here, and everything certainly looked very clean and new. It’s very modern and doesn’t have much character, but it certainly has comfortable, spacious and luxurious rooms.

The old block is also right next to it and looks like it has a lot of character, but rooms weren’t available in it when we booked.

I honestly had to remind myself that I was less than 30 minutes away from home. Without the noise and the light pollution of the city, it feels so different. Some rooms look over the vines, but ours looked over the fields on the other side. Ground floor rooms had a small patio with table and chairs, whereas first floor rooms had double opening doors, but no balcony. We were on the first floor and as you can see above, the room is BIG BIG BIG and very tastefully decorated.

After letting our food go down a bit we explored the local Woodland Walk which is just off the car park. This is a 20-30 minute circular walk along a path that is easily accessible to all. It circles around and through a small lake which was absolutely teeming with life. From tiny baby fish to massive carp swimming lazily on the surface, herons, ducks and so on. A very nice walk after a meal.

Our evening meal was served in the Farmhouse Restaurant. One thing I will note is that the menu on the website was completely different to the menu we were given, with only a few things looking the same, so if you’re the type who likes to browse ahead or who have fussy eaters looking for something specific, just be aware that it might be different.

The seasonal soup of the day was tomato and it was full of flavour. The bread was thick sliced, very filling and very very fresh.

My husband said the three king scallops were perfect. Soft and perfectly cooked. He loved the thick and creamy cider apple dressing. He wished there was a choice for a larger portion though! Also I told him to make sure he centered the photograph and this was the result, but I can’t really complain since he rolls his eyes every time I take a photo of food in a restaurant.

For drinks I went for the Taste of Cariad which is a 50ml glass of three different varieties for £7.50. Unfortunately they were out of the regular rosé (out of stock of your own wine, awkward) so gave me the sparkling rosé which I already had a bottle of, so that was a bit disappointing, but not a big deal. My husband had a pint of Orchard Cider which is the cider they have on draft.

My lamb was incredibly tender and full of flavour, although I ordered it medium and it was definitely what I would personally describe as well done. Still amazing. The pomegranate seeds really added an unexpected texture and sweetness. It also came with the lamb breast in a scotch egg casing, which I wasn’t expecting. This was a bit of a let down, the scotch casing was beautifully crispy, but the shredded lamb inside was dry as a bone and didn’t seem to have any flavour, certainly no spice. I still really enjoyed this dish and would recommend it to lovers of lamb.

My husband was impressed with his venison coming from Brecon (an area we both love). He said everything about the meal was great. Sorry, that’s the most description I can get from him as his food critique tends to be “good” or “not good”, but he had no critical comments or complaints – very tasty! Definitely good. I had a taste of his venison and it was dark and smokey, whilst his black pudding (sorry, his boudin noir) was just oozing with flavour.

We also ordered some sides including the least photogenic food I’ve ever seen, smoked carrots (but very tasty), and a side of triple cooked chips, to avoid my husband complaining he was still hungry! The amount of meat we had was plentiful, as with most food at this level, you don’t get a massive amount of sides on your plate so for bigger appetites I would recommend adding a few sides at £3 each. With the two sides split between us, I was stuffed.

Since we’d had so many cakes with Afternoon Tea earlier, we opted for a cheese plate for dessert. We had the 6 cheese platter to share at £11, and I also ordered a cup of the Iron Goddess of Mercy tea (an oolong blend), which was refreshing (£2.50). The cheese platter was delicious and I was especially pleased to find my favourite ever cheese on there – Y Fenni, which is a Welsh cheddar with mustard seeds. Beautifully presented with ample accompaniments including a cluster of frozen grapes, something my husband is very partial to.

The service from Santo and Adam throughout the meal was excellent. Very attentive and everything was served promptly and expertly.

We started dinner at 7pm and finished at 9pm. A quick walk as the sun set and we were ready to turn in. Definitely not night owls anymore! We checked out at 7:30am and skipped breakfast which was £10pp if booked in advance or £15pp on the day. I’m not really a breakfast eater and I had to pick up my son at 8:30am so we were off early.

It was a lovely break away and I’m still surprised at how much there is to explore in the local area. You don’t have to travel far from home to have some time to yourself and get to experience new places and flavours. I’d highly recommend Llanerch Vineyards for Afternoon Tea, for an evening meal or an overnight stay and am looking forward to returning for a wine tour some time. It’s worth traveling for, but also well worth exploring if you’re based in South Wales already.

We paid full price for our stay, food and all that jazz. The hotel or restaurant didn’t know that I’d be writing about my experience, I just wanted to share my review and experience of Llanerch Vineyard for those who might be interested.

Looking for other more options for Afternoon Tea in South Wales? Check out some more of my afternoon tea reviews: 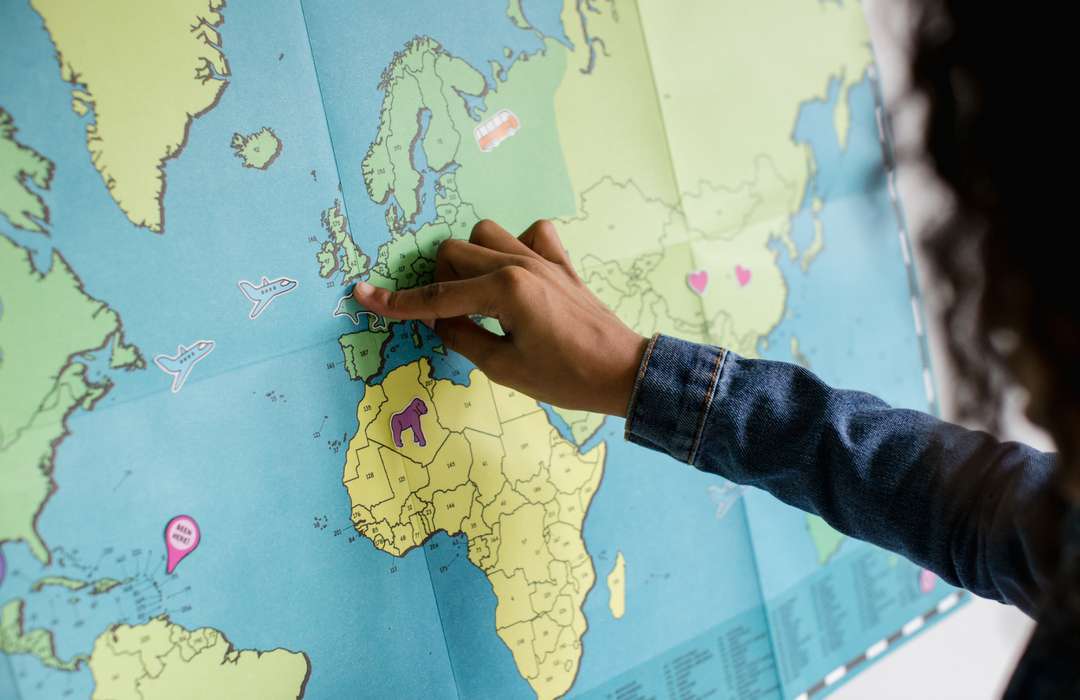 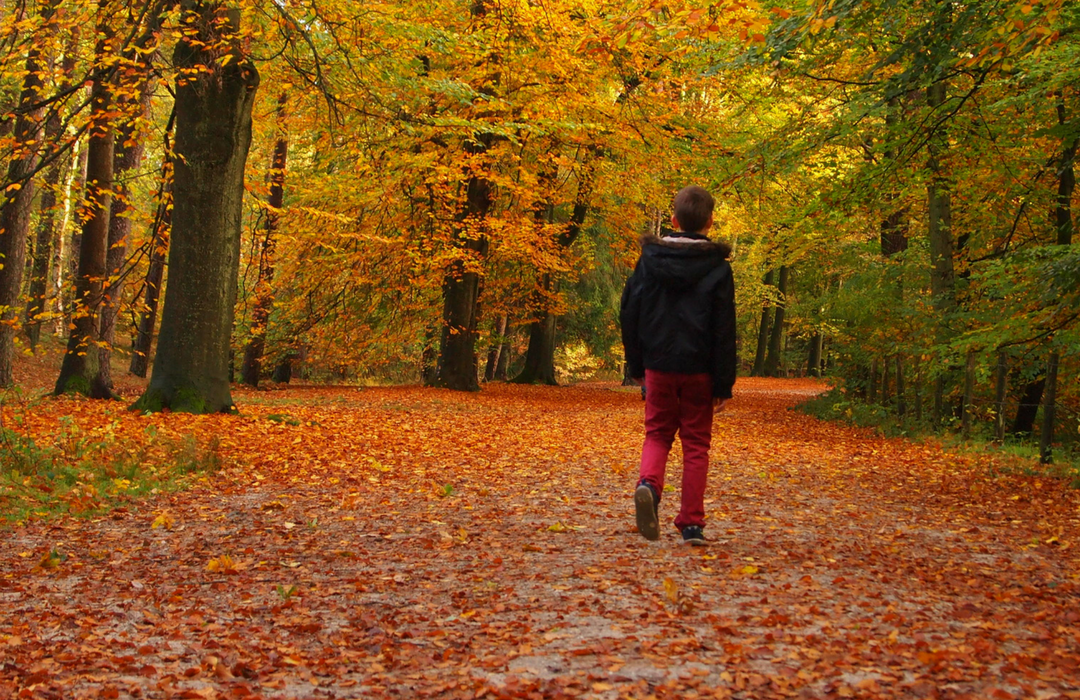 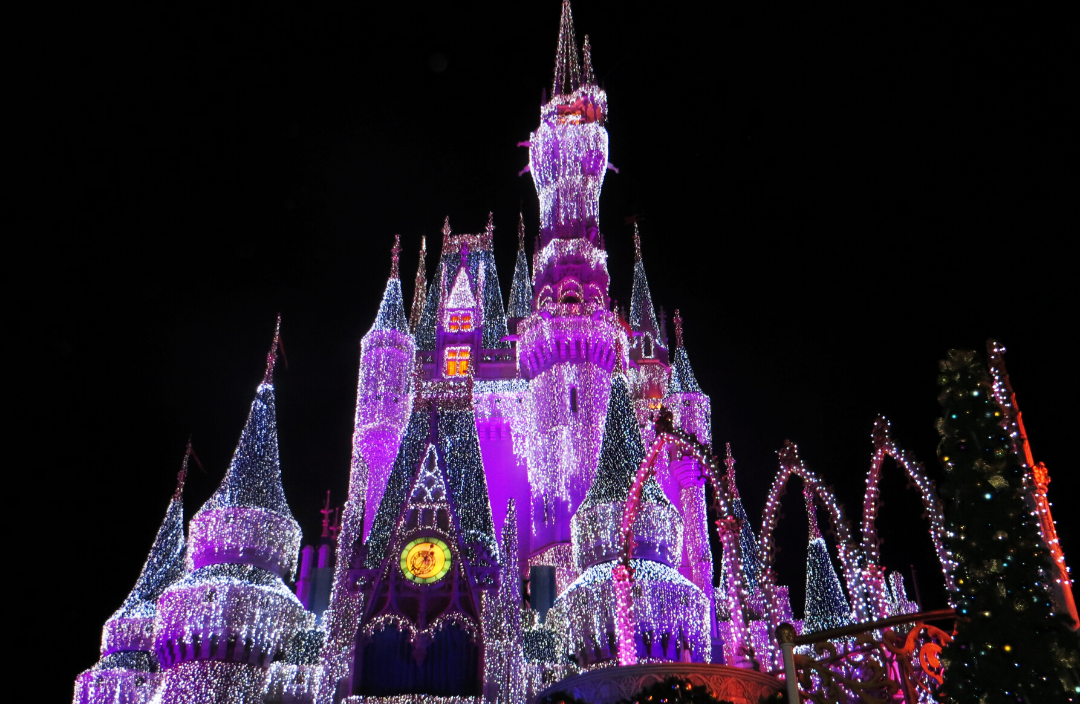