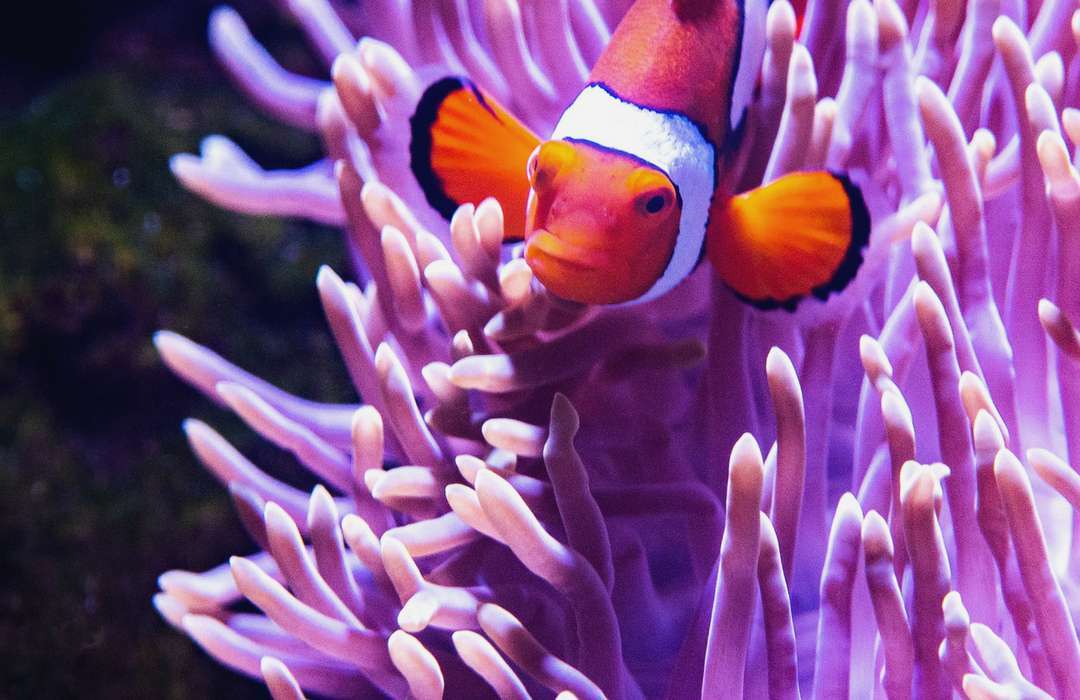 Deep Sea World is an aquarium just outside of Edinburgh, in North Queensferry. We visited in July 2018 as part of a 10 day trip to Edinburgh and the Scottish Highlands, and I’ve written this Deep Sea World review to share our experience with you.

Located directly under the Forth Railway bridge, it’s a really scenic drive and quite surprising, as the large car park is located at ground level, whilst you’ll head down and underneath into the aquarium itself. Deep Sea World is Scotland’s national aquarium and has one heck of a big shark tunnel – the longest underwater tunnel in the UK. As you enter Deep Sea World you’re initially met by small tanks full of colourful fish with a large open tank which my son was absolutely mesmerized by.

At 15 months, he’s just starting to walk but definitely doesn’t understand what he’s looking at. We go to a lot of zoos in the UK as I’ve worked with exotic animals all my life, and at this age I don’t think he can really focus on the animals much at zoos. Fish on the other hand are colourful darts of shape that he can follow and watch so we’ve found they really do capture his attention and keep him engaged.

What I really liked about Deep Sea World personally was the amount of amphibians that were also housed in the rainforest section. As I work with amphibians, I love seeing how other places are keeping them and spotted a few unusual species that were a treat to see. All the setups were lovely and just as I was about to complain to my husband that the massive (and incredibly impressive) snapping turtle was enclosed in way too small a tank, we found his new enclosure that’s under construction. It looks like it’s going to be great!

There are some seals in an outdoor pool and we headed outside to listen to the seal talk, but unfortunately the skies chose this moment to absolutely pour down. Most people braved it with umbrellas, but with the baby we decided to just watch them from afar. It seemed interesting and educational and seals are always a delight to watch.

Near the seals are ample clean toilets – including a unisex baby changing cubicle which is always nice to see, and a large cafe. You’re not allowed to eat your own food in the cafe but there are also a few picnic benches around the edge of the car park where you could eat a packed lunch. We did feel it was a shame there’s no where to eat a packed lunch inside and since it was raining, we munched ours in the car. The large gift shop offered a massive array of underwater-themed items and we picked up a fridge magnet to celebrate our visit.

The main attraction is down another level and into the largest underwater tunnel in the UK at 112 metres long and also the largest temperature marine exhibit, holding one million gallons of sea water. There is a conveyor belt that goes slowly around so you can passively stand and watch the underwater world move around you and this makes it the longest moving walkway in Europe! You can also walk next to it if you don’t like this idea, or for kids who are frightened by it. Our 15 month old loved it! It meant we could just stand there and hold him up as we went around. There was a keeper doing a talk whilst we were down there, pointing out all the different stingray species and their names as well as lots of useful information. 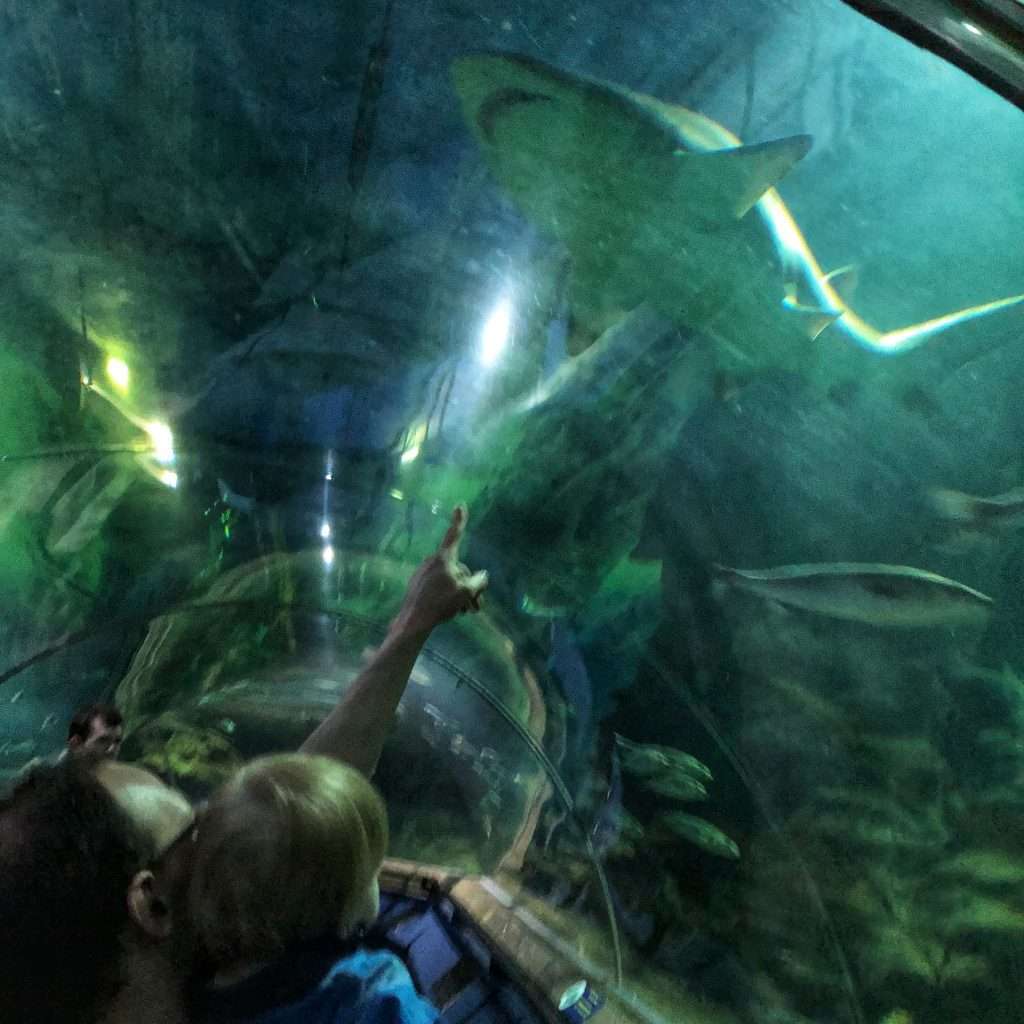 This tunnel was truly impressive, with something different to see at every moment. The size made it really feel like you were getting a glimpse into a true underwater representation, and getting to see the natural behaviours of the occupants. I was a bit daunted by the thought of being three flights underground and in a tunnel with a million gallons of sea water directly over my head, but was reassured by the fact that the acrylic is 6.5cm thick and is the same material used by NASA in space shuttles, so let’s just say it’s strong.

The main attraction of the tunnel is the sand sharks, who swim right up to the edge and then sail effortless over your head and feel as if they’re right there with you. My husband eagerly pointed out that Deep Sea World also offers the opportunity to dive with the sharks, to which I firmly said no thank you – I have my limits! 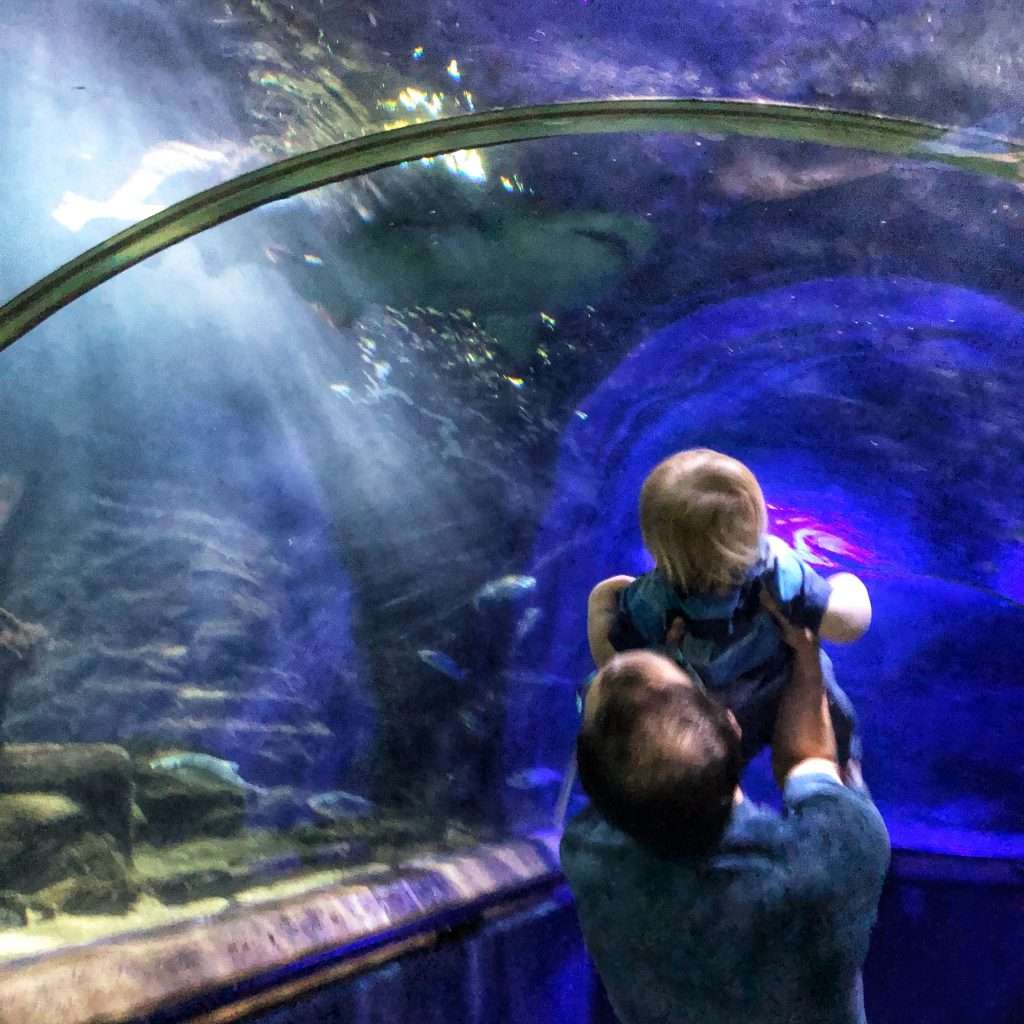 Our entire Deep Sea World visit took around 2 hours and the only downside is that aquariums are what I would consider on the more expensive side of things for the time that they take to complete, with adults costing £15 and children £10 (with under 3s free of charge). 20% can be saved if you book online. One thing I did notice was that an annual membership was cheaper than three visits, which means if I lived local, I’d definitely be picking that up. Ultimately, Deep Sea World was definitely one of the best aquariums we’ve visited and I would absolutely recommend anyone in the Fife area or visiting Edinburgh with children to pay it a visit.

I hope that you’ve enjoyed this Deep Sea World review, let me know if you have visited or would like to visit in the comments!

You can view my other Edinburgh and Scotland posts as well. 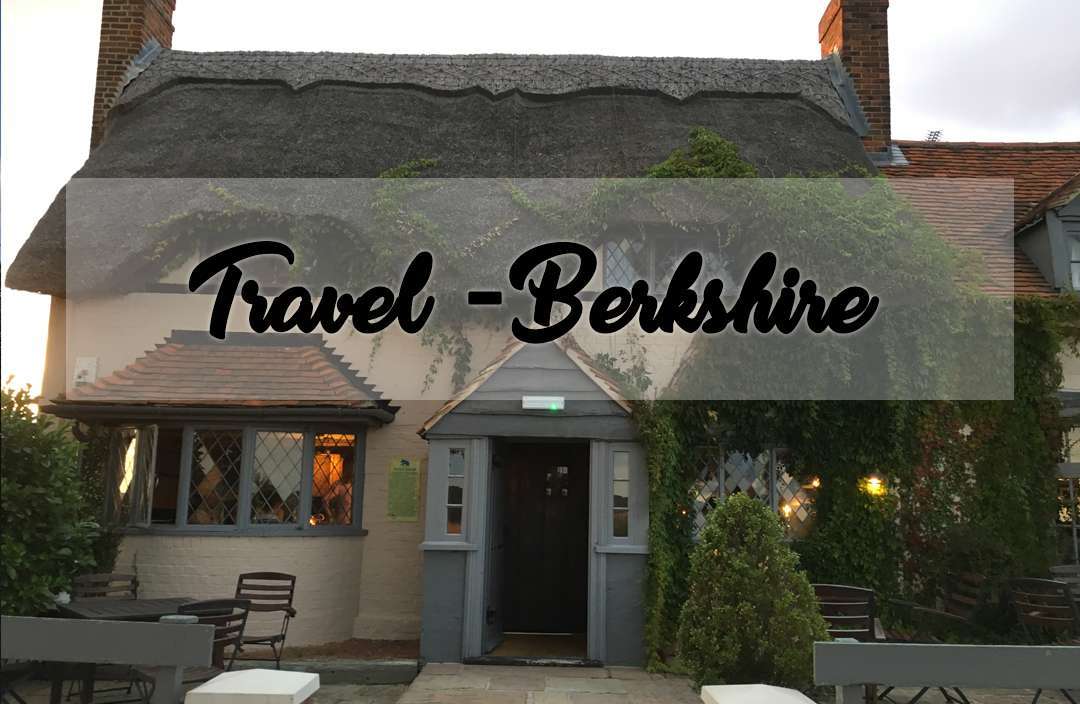 Our Wedding Anniversary at The Crab & Boar, Berkshire 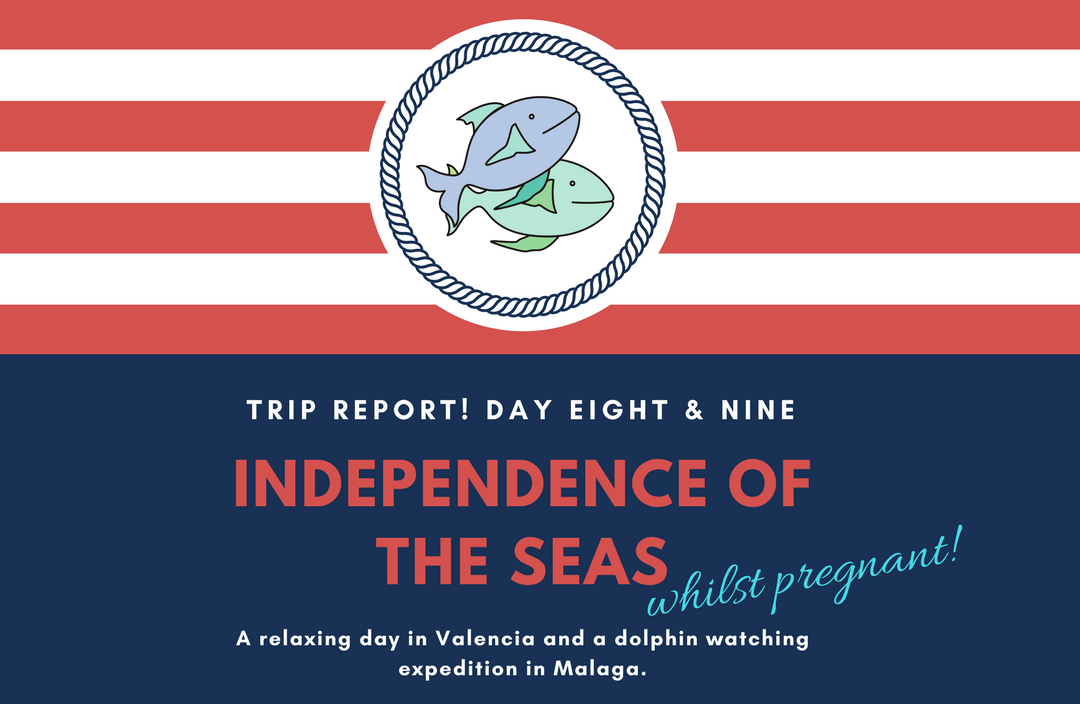 The Independence of the Seas whist pregnant: Day 8-9 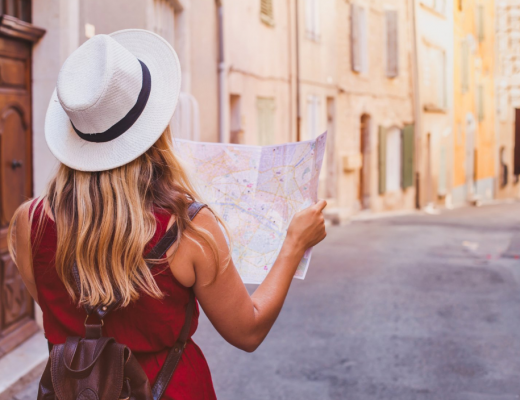