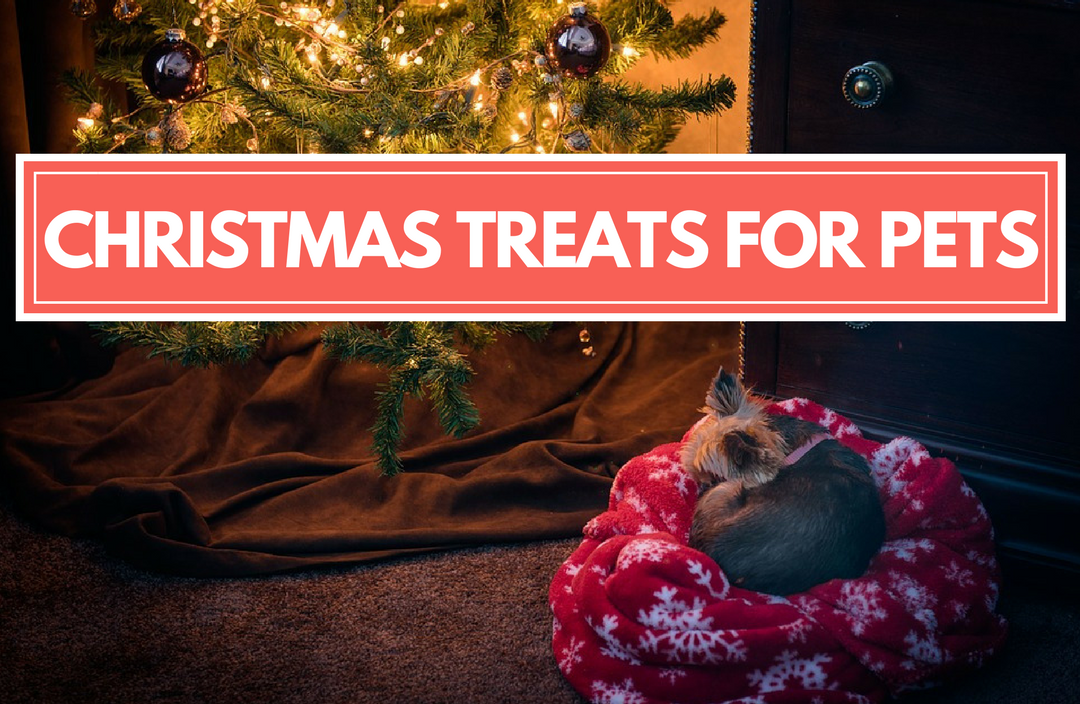 For several months now I’ve been running my Purrfect Pets Guest Series, where busy families talk about the benefits and challenges that their pets bring to their lives. We’ve had all sorts of animals featured, from dogs and cats to rabbits, guinea pigs and degus, to fish, chickens, snails and reptiles. One thing that’s clear so far, people love their pets! As we move into the festive period I’ve taken a few weeks break from the guest series (but don’t worry, it’ll be back weekly in full force from Dec 29th) to ask other families around the UK if they do anything special for their Pets for Christmas, and most said yes!

I’ve also put together a few suggestions for Christmas treats available on Amazon. With next day delivery available through Prime on all these items, there’s still plenty of time to pick up a few gifts for your furry family friend.

It’ll be no surprise that to anyone that food is important at Christmas and it is for pets too! Yummy treats, special delights and a bit of Turkey dinner were some of the most frequently mentioned ways to celebrate Christmas for pets. The second and third most common were buying toys and a stocking which usually has a combination of the two. Just remember that animals can have sensitive digestive systems and to make sure everything you give them is appropriate, and moderation. Absolutely no chocolate or sugar for the pets! 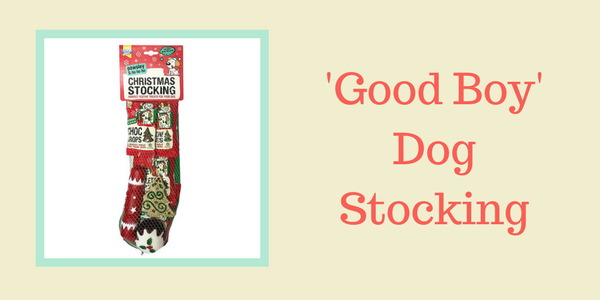 “Our pets are like members of the family so we also include them in our Christmas celebrations. This year, we are making our dog a new pull rope out of some old t-shirts and the cats felt nice stuffed with catnip we cut from the garden in the summer. They’ll each get their own turkey dinner too- enough for a real treat but not so much it’ll upset their tummies, ” said Arabella from Exeter Family Activities.

Mary from Over 40 and a Mum to One said, “We have a cat, Brewster. He always has his own Christmas dinner with Turkey cat food and a stocking full of cat treats.”

“We have three cats and they each have a stocking which comes on Christmas eve as Cat Santa and Santa can’t see each other, and they all will be having turkey on Christmas day,” said Rose from Bella and Bear. Adding the magic of Cat Santa to the mix is a lovely idea! 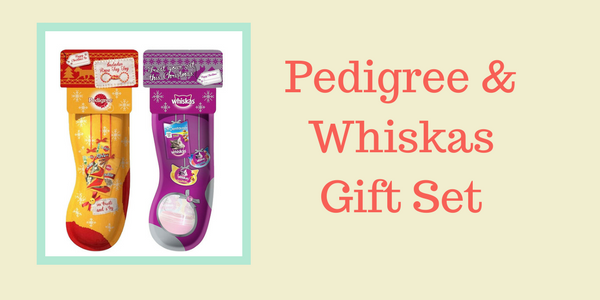 Laura from Five Little Doves said, “Our dog has his own advent calendar and stocking on Christmas Day. He also has his own Christmas dinner….and rightly so!” She’s not the only one, this is a predominant theme throughout the families that I talk to.

Emma from Emma Reed has a great money-saving approach to Christmas for pets, “We have bought cuddly toys from charity shops in the past and wrapped those up for the dogs in our family. It’s much cheaper and they get ripped up anyway!! We also buy extra treats or bones.” You can also read Emma’s post in our Purrfect Pets Series!

Ally from Slim Sights has a very festive-appropriate treat for her two British bulldogs, “We usually buy them a new deer antler each to chew on and we also give them some of the turkey as a treat in addition to their dried food.” 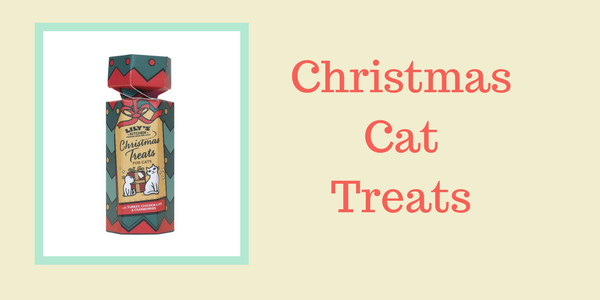 “We have a dog and also buy for my mums 3 dogs as they are my dogs son and grandson. We also have a pony this year so all will get a little present and my dog will get an advent calendar as she does every year,” reveals Jade from Jade’s Journey. It’s lovely to see that even the pony is included in the celebrations.

Even Claire from Big Family Fun Blog’s Guinea Pig gets involved, “Our guinea pig, Jemima gets her own stocking which we fill with piggy treats (nibble sticks, her favourite red pepper etc.). We can’t leave her out of the festivities. She also has a few Xmas decorations for her hutch.” 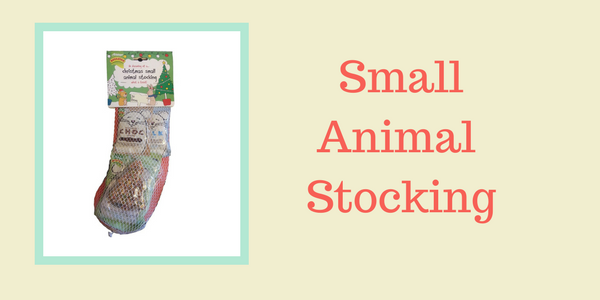 Opening pet presents can be an extra treat for the kids too, and a way to engage them in helping others. “We have all have personalised stockings, including for our dog. We get one of the pet stockings and put all the items inside. Our son then ‘helps’ the dog with his presents. We did this even before our son came along,” reveals Catherine from BattleMum.

It seems that advent calendars are becoming more and more popular for pets, as Stevie from This Mumma Needs Tea isn’t the only one to confess that “Our dog has his own stocking and an advent calendar!” Lisa from Baby Not Included agrees, “We have a stocking for our dog and also he gets Christmas presents from all of us which we unwrap at the same time as ours. He also has an advent calendar. Wouldn’t have it any other way.” 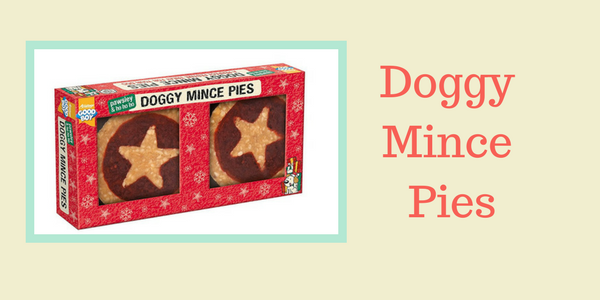 Laura from The Mammy Fairy reminds us that not all dogs are house pets – some have a day job too, but that doesn’t mean they get left out and tells us, “We have working sheepdogs so they don’t get in to the house mostly however at Christmas they have dinner in the porch and Stockings with their names, kids love it so much.”

Get That Party Outfit On!

You might spend hours agonizing over the right outfit for a stylish Christmas – but it seems that pet wearables and decorations for the more static pets are very popular too, and look great in a festive family photo.

Katy from Katy Kicker said, “We have a turtle, fish and cats. Our cats wear Christmas neckerchiefs and our fish and turtle will get a festive decoration this year!” 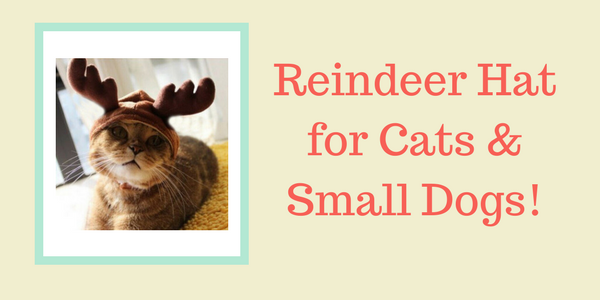 Jaymee from The Mum Diaries said, “We have a corn snake called Conan. Other than a little bit of tinsel on his vivarium we don’t tend to celebrate with him.” 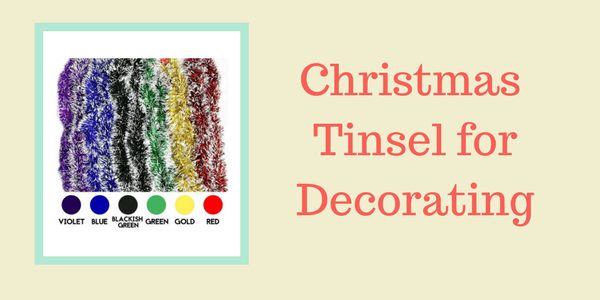 “We have a 12 year old yorkie cross. We buy her gifts and occasionally dress her up. We bought her a dog friendly advent calender yesterday,” says Lewis from Dad Who Blogs, who started Christmas pet shopping in October.

Sophie from Soph-Obsessed said, “We have two dogs they each get a stocking and wear Christmas jumpers! They get treated like one of the family.” 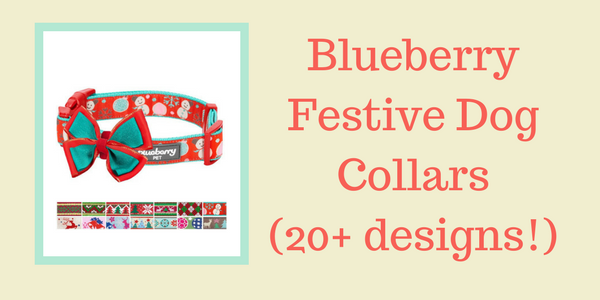 Even Rachael from Lukeosaurus and Me’s bunnies join in! “We have house bunnies! This will be their first Christmas with us and we’re planning on making them both an edible stocking and popping it full of some lovely treats. Also, going to attempt to find a mini santa hat for a cute photo op.”

For pets that enjoy a bit of exercise, spending time doing something fun with them at Christmas can be good for the whole family. A special walk or allowing them to do their favourite thing can be a lovely treat for the day.

Sarah from Mummy Cat Notes said, “We have a mainecoon cat, at Christmas time we usually let the cat have the run of the house, he’s usually shut away at night so loves being able to run about in the hallway or go sleep with the kids, he’s obviously not in the front room with the tree of course haha that would be a disaster!!!”

Or how about a festive chew toy or cat toy? 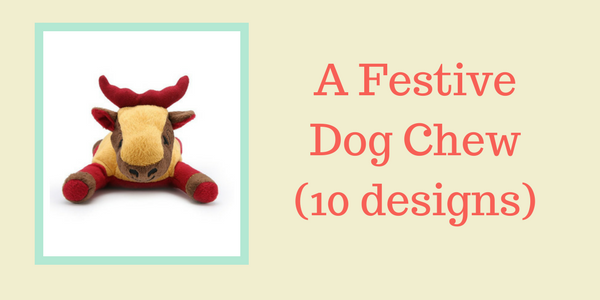 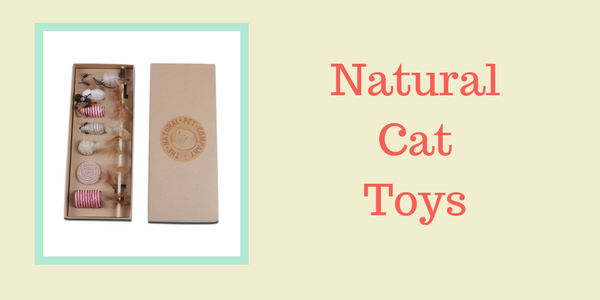 Browse Amazon UK’s extensive Pet Supplies section and choose a gift for your furry family friend yourself. Christmas is for Pets too! 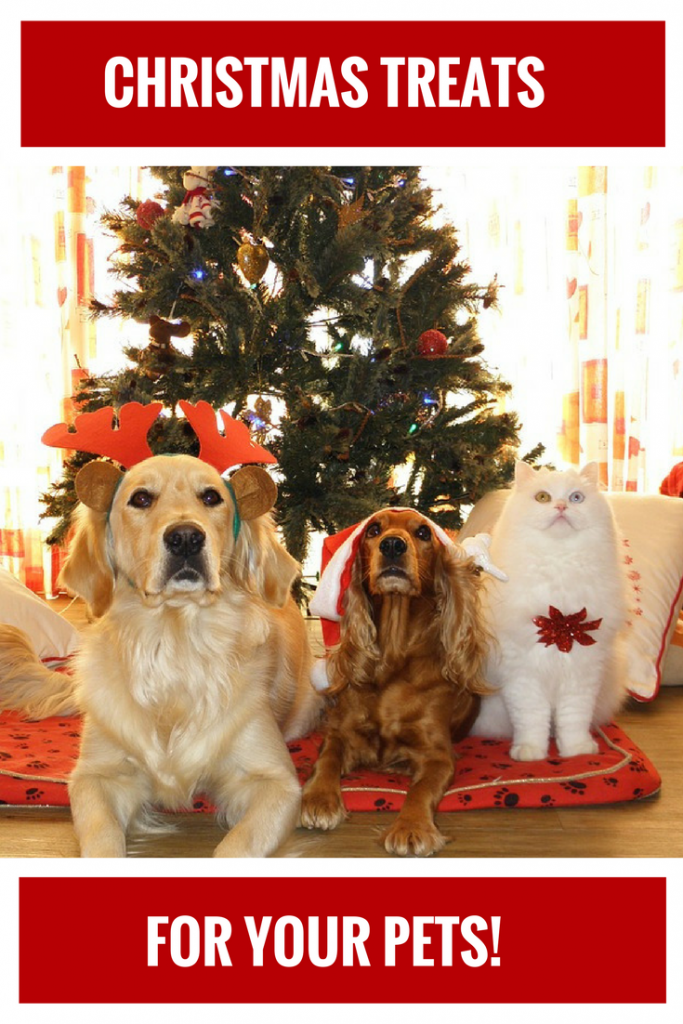 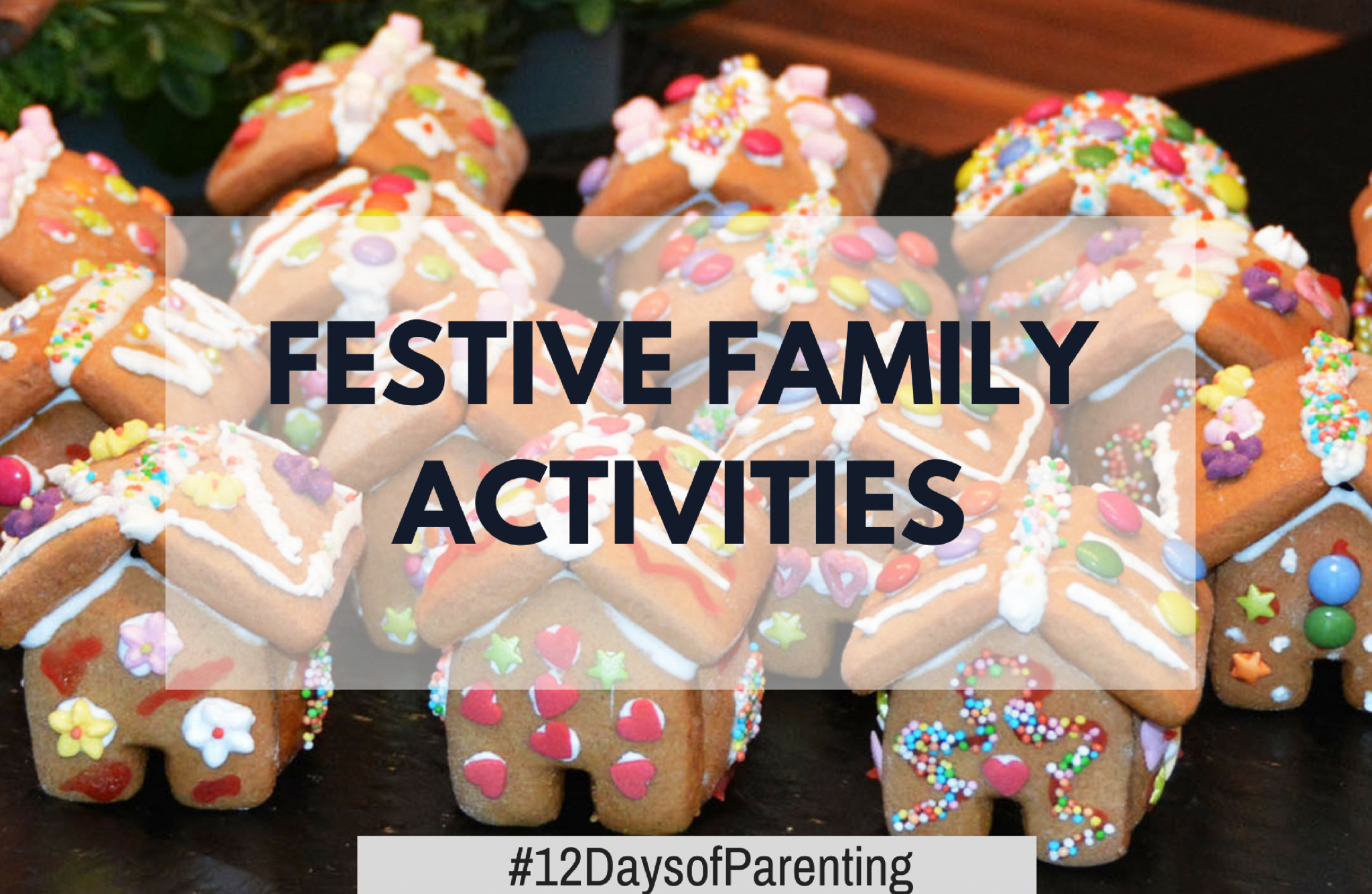 No prep activities to keep the family occupied indoors 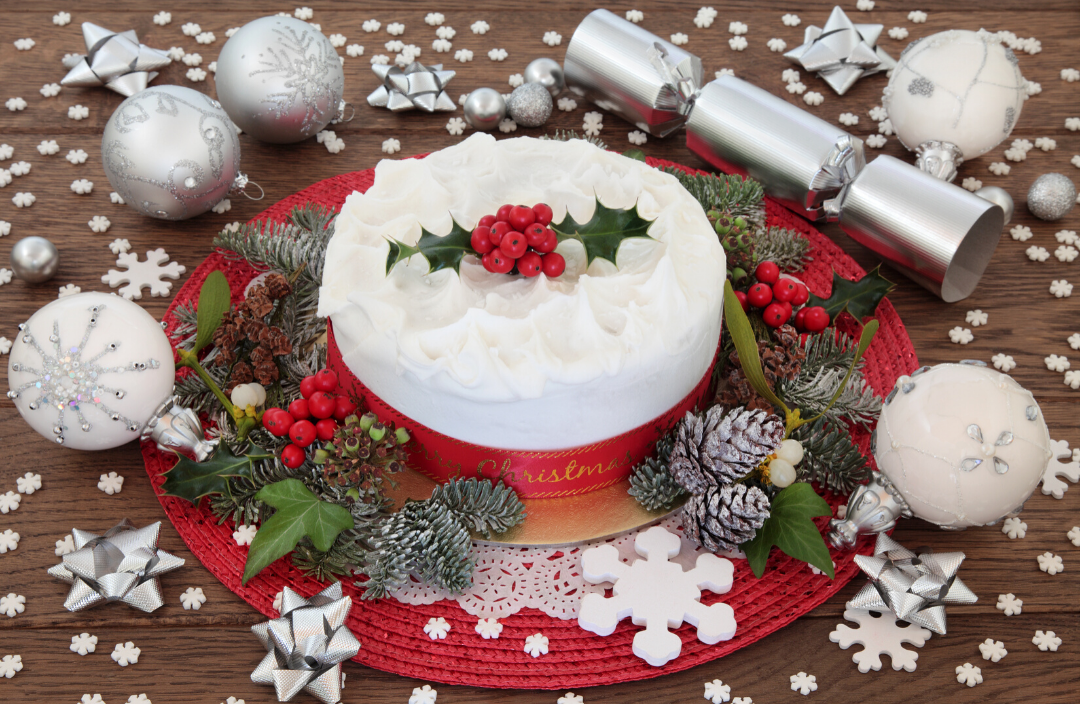 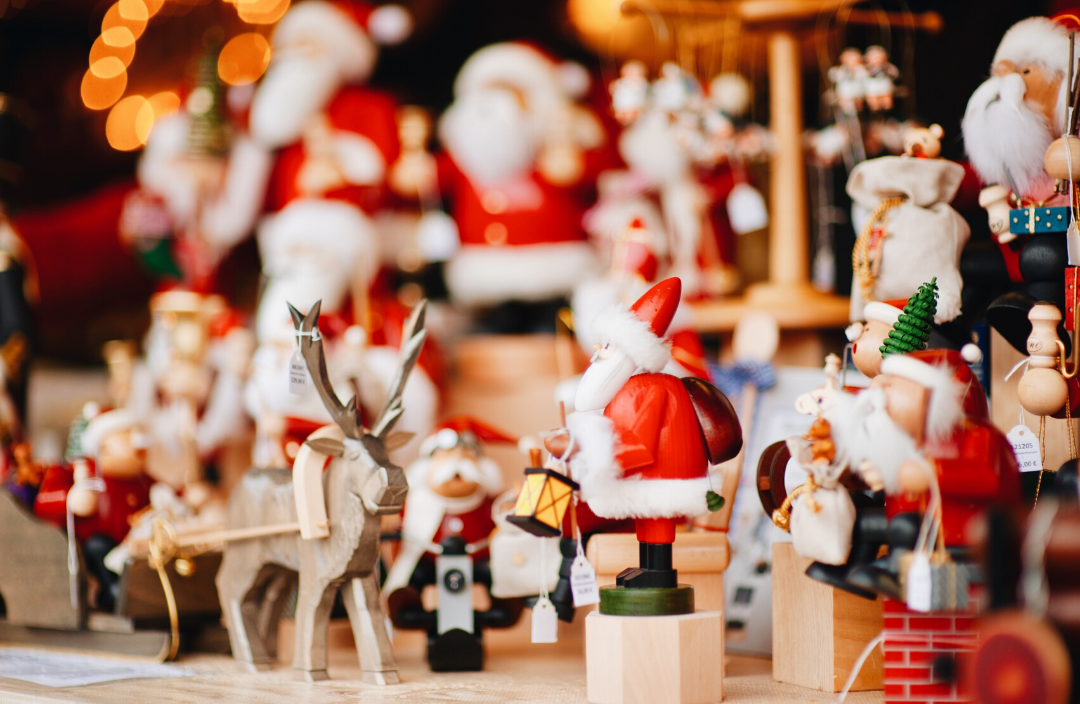 8 of the Best Hand-Made Christmas Decorations 2019